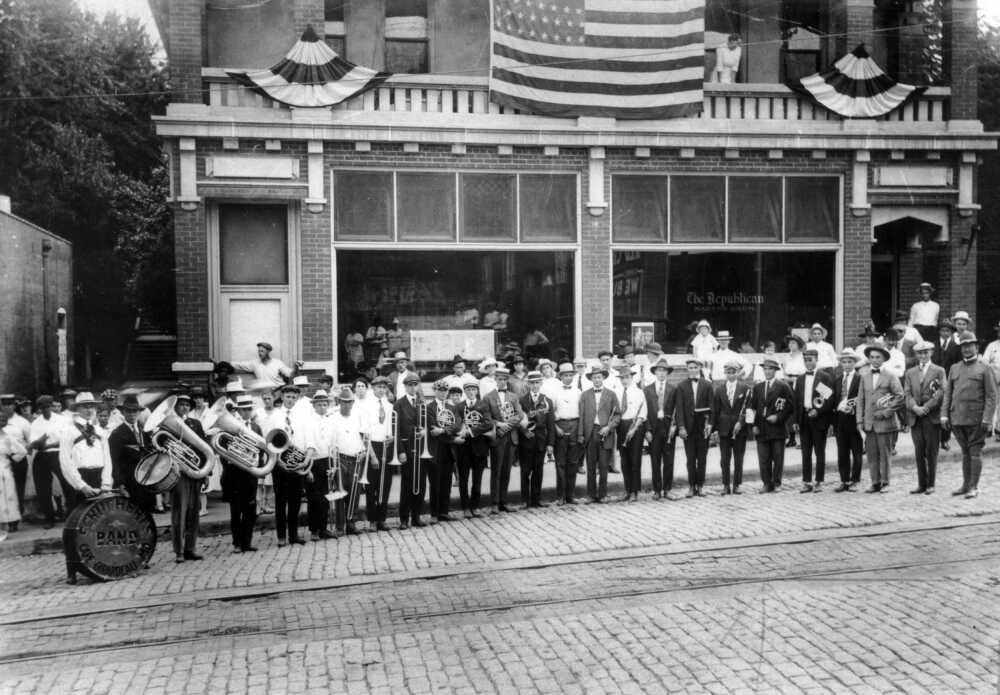 The members of Schuchert's Band enlisted during World War I in 1917. The band posed for a photo in the 200 block of Broadway, in front of The Daily Republican building.

Read what happened to the band in this blog by Sharon Sanders:

The boys in Dr. Schuchert's band

A musical family passes the baton