Water Patrol guards against looters in 1982 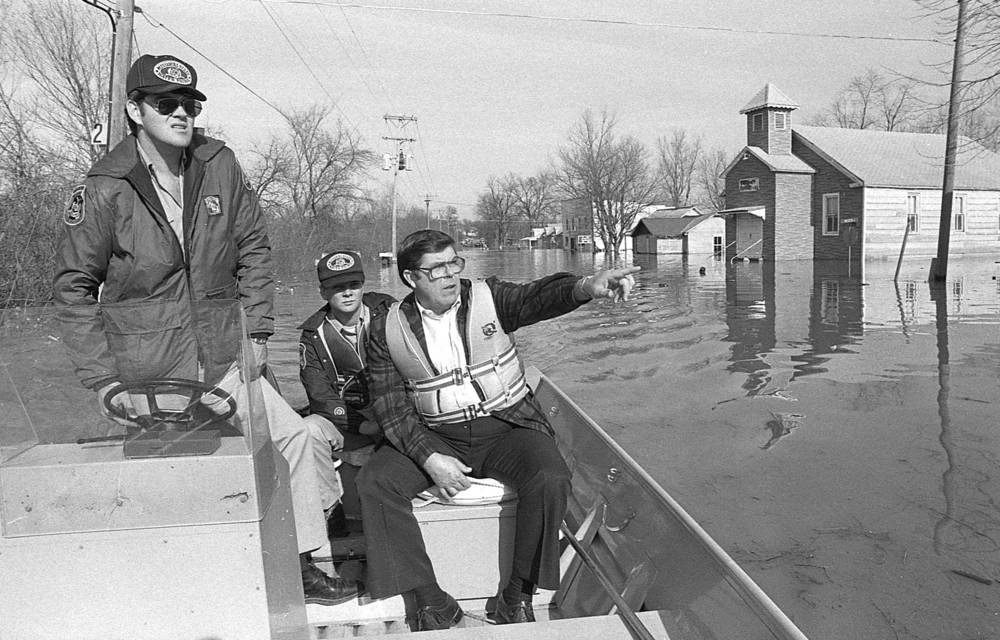 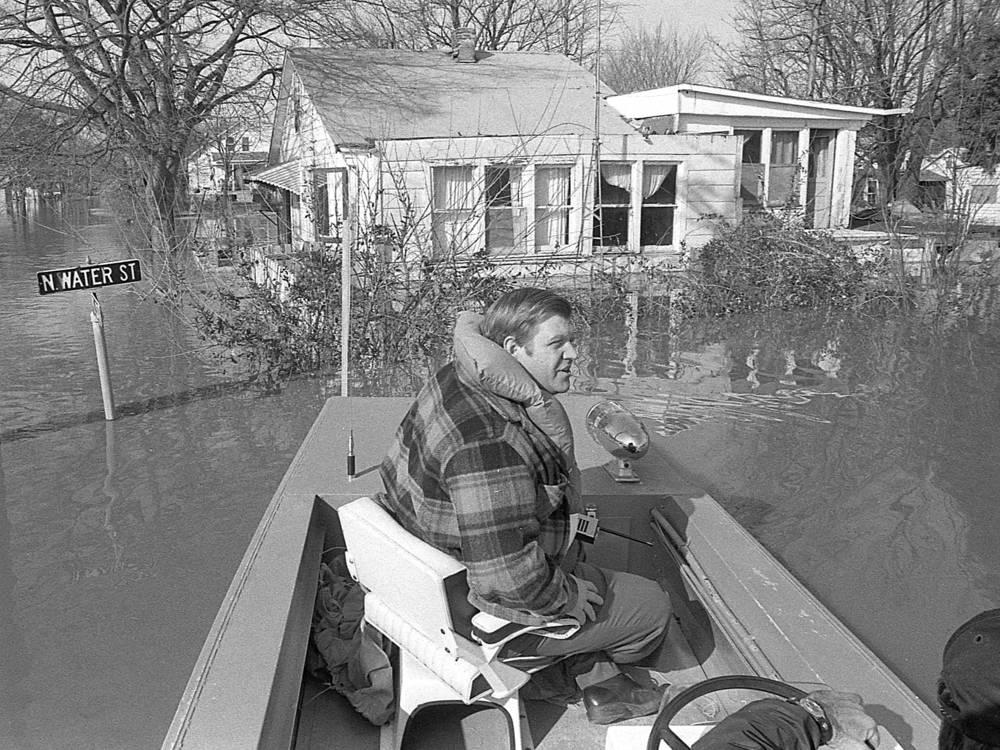 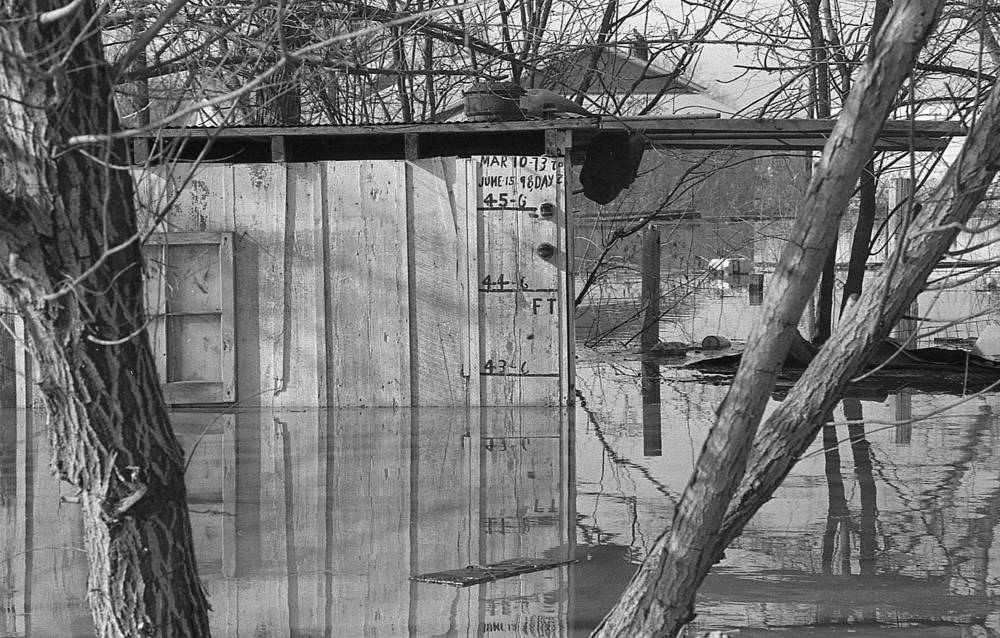 A new river forecast issued today called for the Mississippi to crest at a stage much lower than originally expected, encouraging news for victims of one of the worst floods of the past decade.

But a prediction that the waters will recede at a rate of only six inches to a foot per day means the Great Late Fall Flood of 1982 may be around for at least another two weeks....

Had it reached the originally anticipated 45.5-foot stage, it would have been only a tenth of a foot below the worst flood in recent history, which occurred in 1973. The 45.6-foot stage reached that year was a record....

The Missouri Water Patrol has brought in 19 people and several boats to patrol inundated areas of the city. In addition, a Missouri Highway Patrol helicopter hovered over the flooded areas during the night with flood lights to discourage looting.

There were reports of looting in some areas of the county, with the Cape County Court meeting this morning to consider implementing a curfew to help discourage it. "There is a possibility that the county court may order a curfew in the flooded area by nightfall," county Presiding Judge Gene Huckstep said this morning. South Cape and Allenville were both reporting looting, Huckstep said.