Hirsch Tower topped out 50 years ago 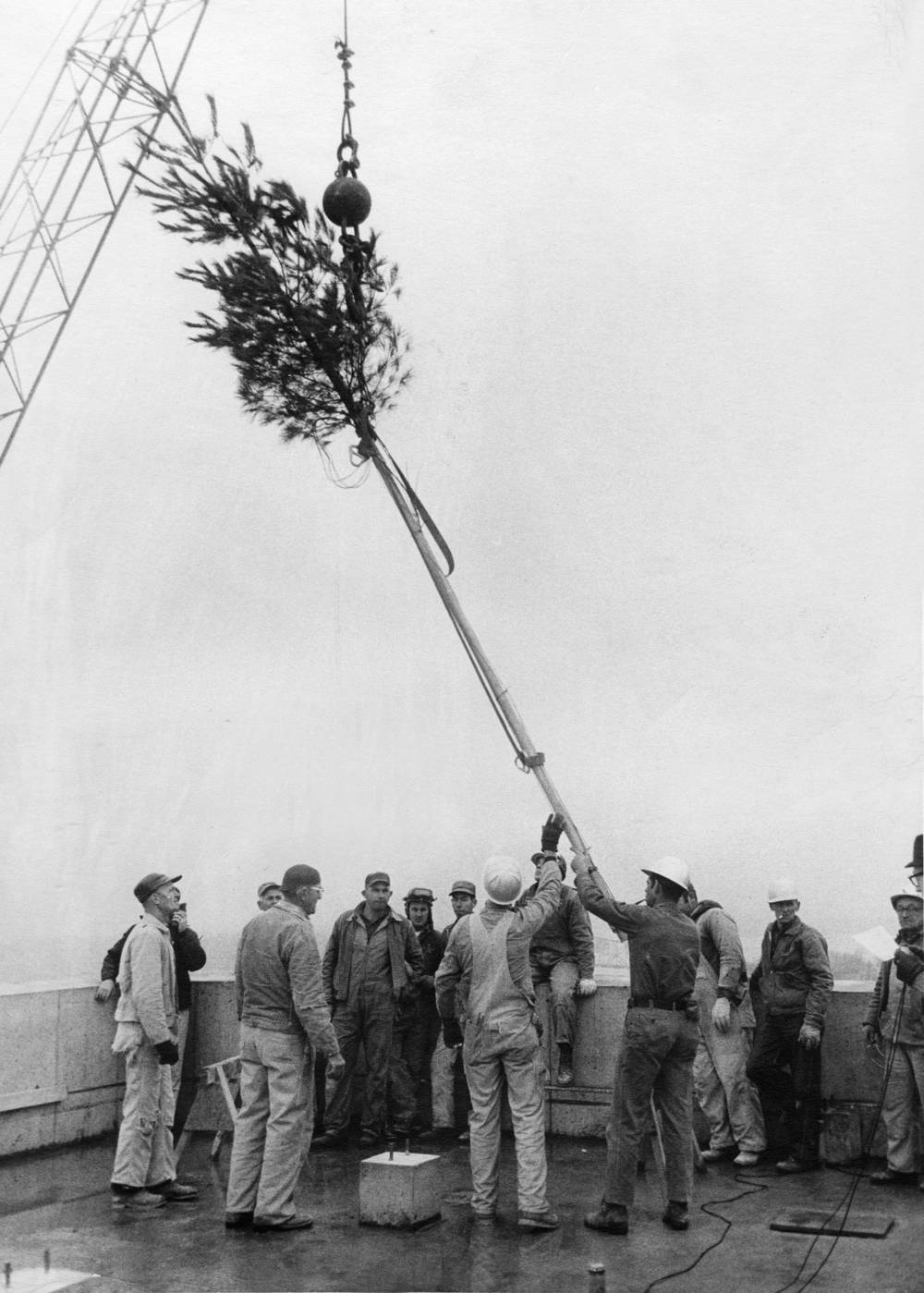 Workers guided an evergreen tree into place 13 stories above Broadway atop the Hirsch Tower, part of a topping-out ceremony for the building under construction, on December 13, 1967. Workers in the foreground are, from left, James Johns, Harry Miget, Bob Johnson and Paul Hahs. From left along the wall are Melvin Huffman, Glen Favier, Gene Wachter, Coy Beardsley, Jim Blue, Ed Thiele, Kenneth Cook and Cliff Loudermilk. Topping-out is a traditional ceremony to mark the reaching of the final height of a structure. (Bill Haupt Studio photo) Below, photos show construction of the building.

In a topping-out ceremony conducted this afternoon 147 feet above the sidewalk level, a large lighted pine tree was placed above the 13-story, tower-type section of the new Hirsch Broadcasting Co. Building in the 300 block of Broadway. It will shed its glow throughout the Christmas season.

The evergreen, nearly 10 feet tall, was secured to another 10-foot pipe on the front parapet wall.

Lights were wired to the tree prior to its being hoisted in place by a huge crane.

Fred Naeger, construction superintendent for the Penzel Construction Co., of Jackson, contractors, was master of ceremonies, paying special tribute to workers of the higher sections for caution taken during the job.

The ceremony was in observance of completion of the concrete exterior of the building, the last vertical strips on the tower being placed Tuesday.

While the elevator inside the tower is not yet ready for use, those taking part in the ceremony could use stairs most of the way to the top and a ladder to climb the final portion.

Besides the tower, 38 by 32 feet in size, outside concrete work has also been completed on the three-level section of broader dimensions, 103 feet wide and 120 feet deep. This, too, fronts on Broadway.

Read about KFVS and find more links in this previous blog: 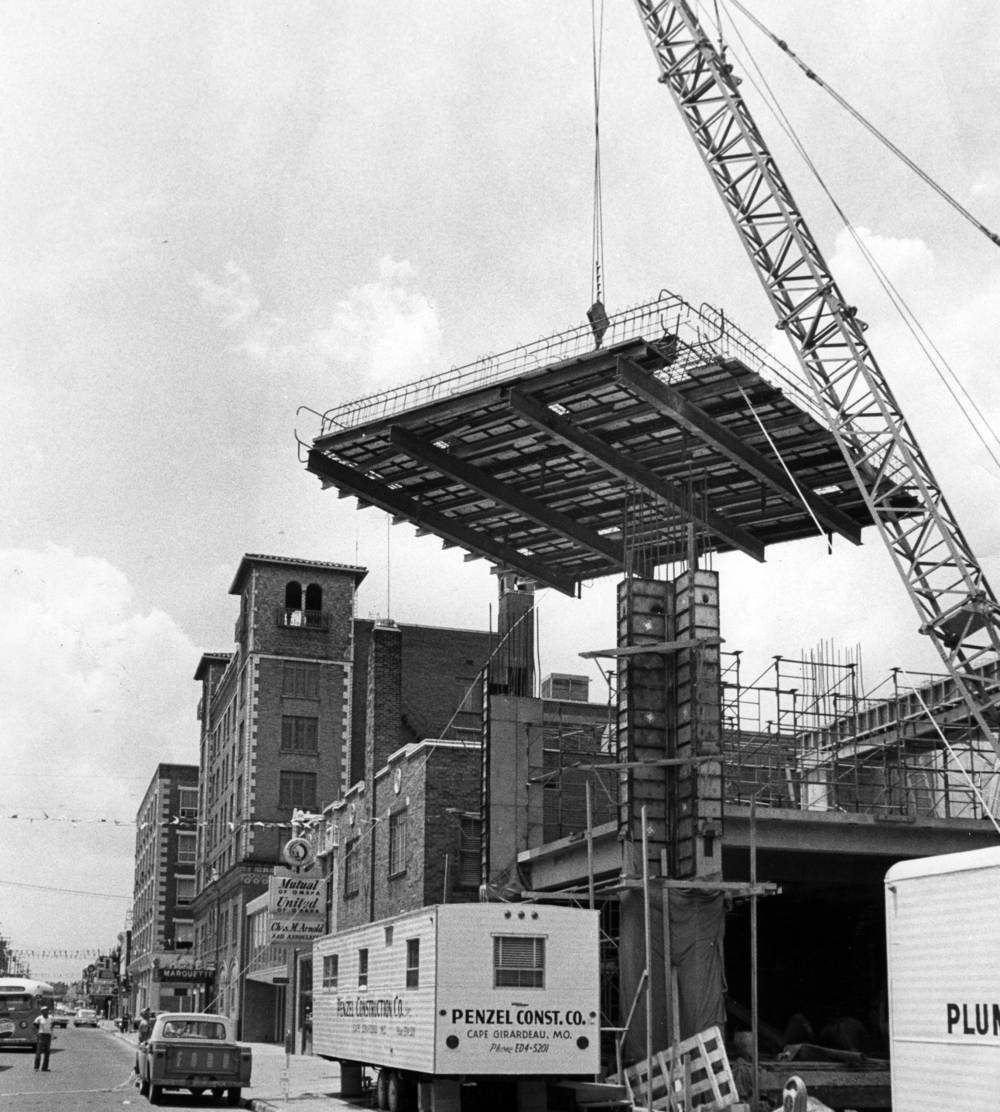 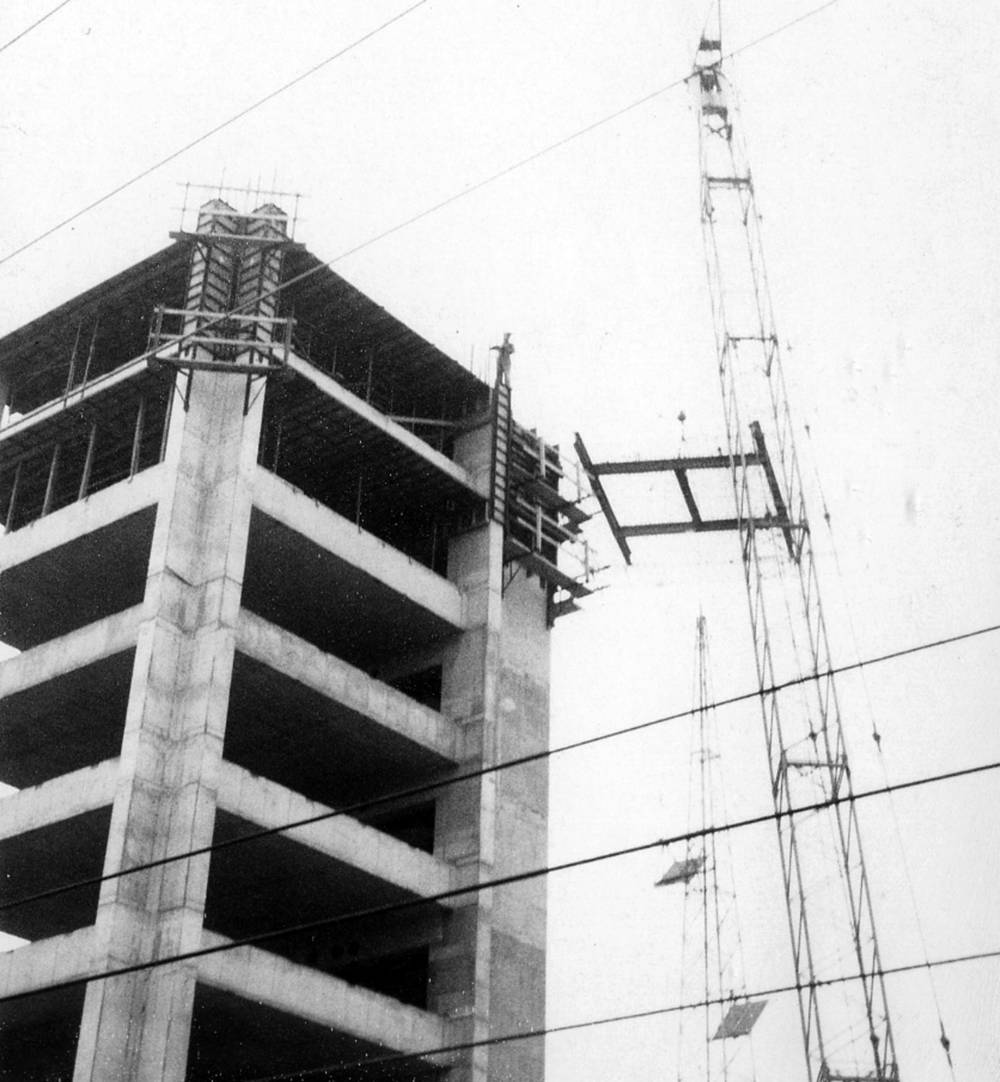