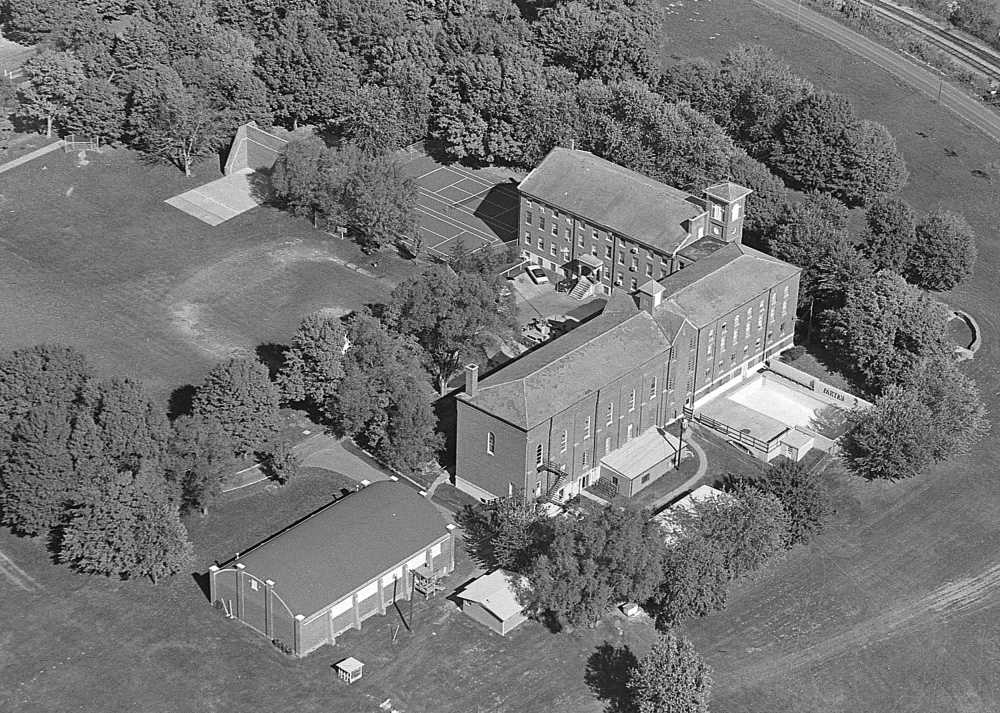 The former St. Vincent's College and Seminary site, now the River Campus of Southeast Missouri State University, is seen in this aerial photo taken in 1981. Notice the basketball gymnasium, below, and handball court, upper left. Both no longer exist. The college was founded by the Congregation of the Mission, also known as the Vincentians, and chartered by the state of Missouri in 1843. After 1979, the site was converted to an Evangelization Center which continued until 1989. The property was put up for sale and eventually sold to the university in 1998. The gymnasium was razed in 2005 for the site of a new performance hall. (Fred Lynch photo)

Read about the history of St. Vincent's College in this previous blog:

Read about the handball court in this blog by James Baughn:

See photos of the handball court with commentary in this blog by Ken Steinhoff:

We Lost the Handball Court