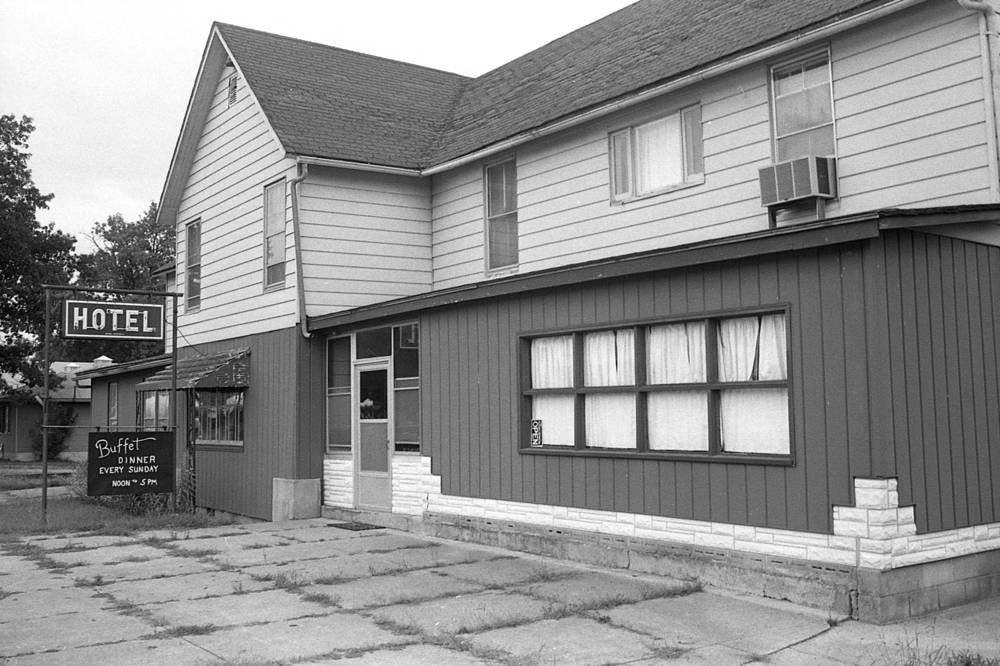 The Central Hotel stands across the street from the old train depot in Lutesville, Missouri. The hotel is the last of Lutesville's old hotels, a reminder of a simpler time. You won't find a swimming pool at this hotel or brass chandeliers in the lobby, but it's a functional place whose rooms display a neat, tidy appearance. Below, Ruba Cates is the 74-year-old owner of the Central Hotel. Here, she proudly points out that her place is the only hotel or lodging of any kind in Bollinger County. See story below. (Mark Bliss photos) 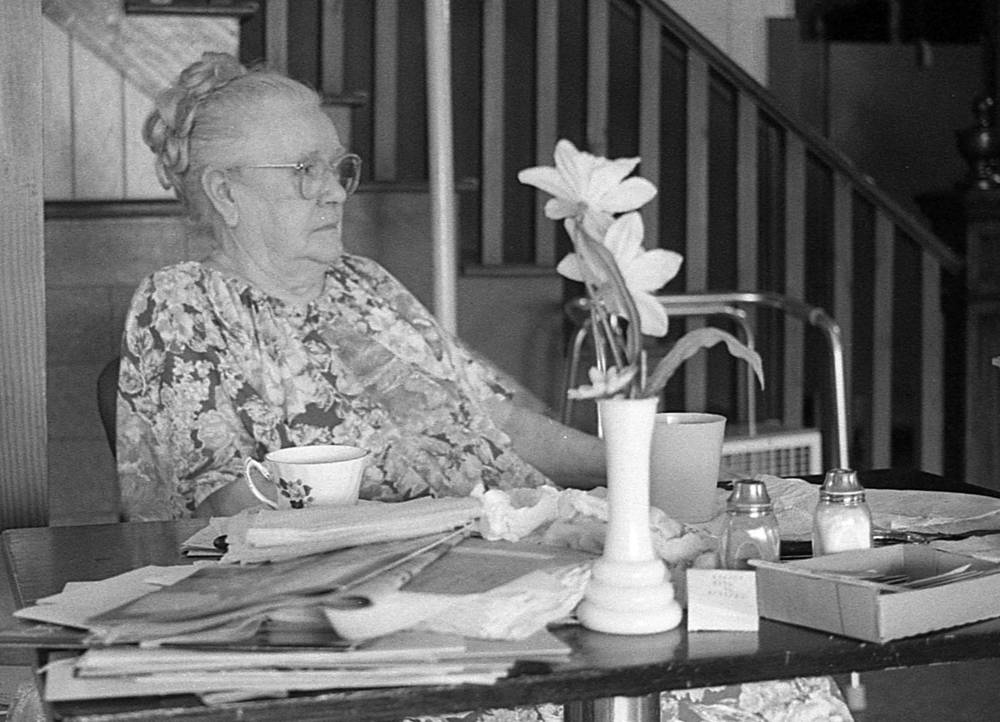 LUTESVILLE - In the 1890s, Lutesville had a population of over 500, and the railroad town was home to several hotels, numerous general stores and three blacksmith shops.

One of those hotels was the Central Hotel, which was built across the street from the old train depot. The trains no longer stop here, but the Central Hotel is still standing, its doors still open to travelers.

It's the last of Lutesville's old hotels, a reminder of a simpler time.

You won't find a swimming pool at this hotel or brass chandeliers in the lobby. It's a functional place whose rooms display a neat, tidy appearance.

It would be easy to pass by the two-story frame structure, which has been added on to several times over the years. Its only calling card is an old neon sign announcing Central Hotel.

Ruba Cates, the 74-year-old owner of the hotel, proudly points out that her place is the only hotel or lodging of any kind in Bollinger County.

"Many people are surprised there is a hotel in Lutesville," she noted.

"But," she added, "this place is just like any place else. It's just smaller.

"People like to get in a small place like this. In other words, they just want a quiet vacation," she observed, adding that her hotel is "nothing fancy."

The 25-room hotel has a dining room. All of the rooms on the first floor and part of them on the second floor have private baths.

The dining room is open to the public now only on Sundays. It is also used by various civic clubs and for private parties.

"I do a lot of it (the work) myself. I still manage it. I got it all under my thumb," stated Mrs. Cates.

The hotel, owned by Mrs. Cates since May 1951, has always been "a focal point of community functions," according to Bollinger County historians.

The Central Hotel was built about 1890. Mrs. Maggie Lutes, whose mother previously operated the Commercial Hotel in Lutesville, is believed to have been the first owner.

Referring to the hotel's owner, a book on the history of Bollinger County states that "she dressed in the best of that day's finery and met the trains as they arrived to invite travelers to the hotel."

According to the book entitled, "Bollinger County: 1851-1976, a Bicentennial Commemorative," the hotel consisted of 12 guest rooms, a kitchen, and dining room.

Under a subsequent owner, a new wing was built on the northwest corner of the hotel, adding eight rooms.

Since buying the hotel, Mrs. Cates has made several renovations, including the modern dining room in which buffet dinners are served.

Although the hotel is a well-kept secret, even in many parts of Bollinger County, Mrs. Cates noted that over the years she has had a wide variety of visitors from "practically every country in Europe" and India and Canada.

Deer hunters used to stay at the hotel. "I used to get a lot of deer hunters," she remembered, adding that now most of them stay in campers.

However, some hunters still search out the hotel to enjoy a bath.

The executive, Frank Block, who is also a private pilot, recently put the hotel on the map when he told a St. Louis newspaper about visiting the Central Hotel.

According to the story, one of Block's greatest delights is to telephone Mrs. Cates from his airplane to alert her that he will be arriving shortly.

She reportedly replies, "I will send the sheriff." Upon landing, the sheriff is standing by to chauffeur Block to the hotel for lunch and then return him to his plane.

Commenting on the story, Mrs. Cates maintained that the incident occurred earlier this year, and that she suggested sending the sheriff to pick up Block because the St. Louis man needed transportation from the Lutesville airport to the hotel.

She claimed it was an unusual occurrence, and that she was only assisting an old friend.

Mrs. Cates said she realizes that the old hotels have become a thing of the past. "This building wouldn't have been here if I hadn't bought it when I did," she candidly remarked.

Managing even a small hotel is a lot of work, but Mrs. Cates indicated she has no desire to retire. "I like the public. They come and go. It's been interesting," she said.

The Central Hotel no longer exists. It was located on the northeast corner of the intersection of Railroad and Union streets where Lutesville Motor Co. has a car lot in the present Marble Hill.