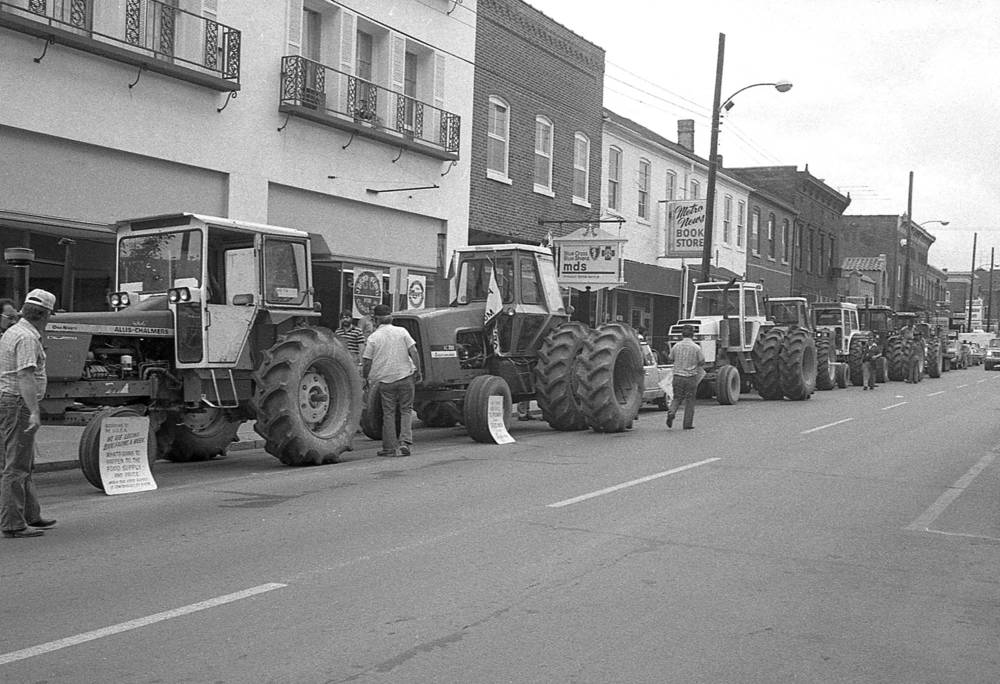 Merchants and shoppers on Broadway in downtown Cape Girardeau were confronted with an unusual sight Friday afternoon when more than 30 Southeast Missouri farmers, all members of the American Agriculture Movement, drove their tractors to the offices of 8th District Republican Congressman Bill Emerson and his Democratic challenger Jerry Ford. The offices are located about a block from each other on Broadway.

Saying farming is the "backbone of our nation's economy" and farmers are in "serious trouble," Democratic 8th District congressional candidate Jerry Ford told a "tractorcade" of American Agriculture Movement farmers here Saturday that a strong farm parity bill and a "good, five-year grain export trade agreement with the Soviet Union," both of which he supports, would put more money back into the hands of farmers.

Speaking to about 20 farmers who had brought their "tractorcade" to Cape Girardeau Friday afternoon to demonstrate the economic plight of the American farmer, Ford pledged his support for a 90 percent farm parity bill which is currently pending in Congress.

The farmers parked their tractors in the 300 and 400 blocks of Broadway when they arrived, and left them there overnight.

"I personally wish we could have 100 percent parity. We've got to work towards that goal. If you're looking at 90 percent parity right now, I think it's good policy," the Cape Girardeau Democrat stated.

According to one farmer in attendance, farmers currently must make do with less than 50 percent parity.

"It's been the Democratic Party which has produced the real strong farm legislation," the state representative declared.

According to Ford, the present farm bill "pulls out" about $3 billion from farm programs and the nation's agricultural economy. He said Emerson doesn't understand that "one out of every four of you aren't going to be here next year" farming if present economic policies continue.

"I understand what farming means to this district, to this state, and to this nation," remarked Ford. "The farming economy has got to be first. It is the backbone of our nation's economy.

"The farm industry is the biggest industry in the 8th Congressional District. The farmers have made this country what it is today," he observed.

Ford maintained it is not just the farmer who is suffering economic woes, but also "the guy down on Main Street."

Without price supports, the Cape Girardeau Democrat maintained, small family farms will go bankrupt. "I see our life in Southeast Missouri being destroyed," he said, calling Reaganomics "a blue print for bankruptcy."

Referring to the fact that the Farm Bureau has come out in support of Emerson, Ford argued "the Farm Bureau does not speak for the average farmer in Southeast Missouri."

"Over the long haul, there is no question you've got to have a Democrat, whether it's Jerry Ford or somebody else," he stated. 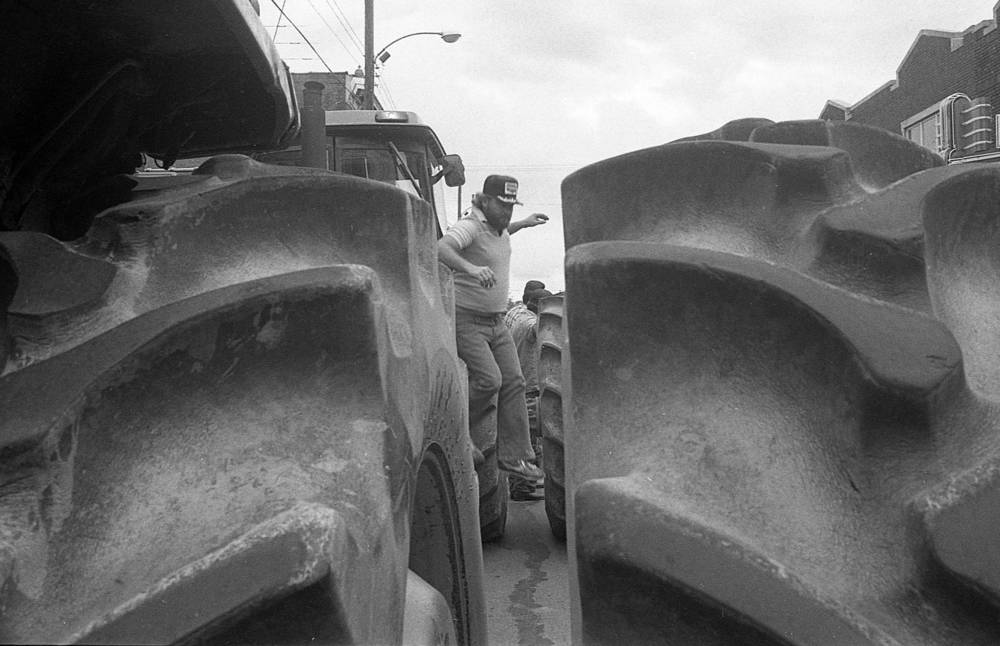