Bob Hope: Thanks for the memories 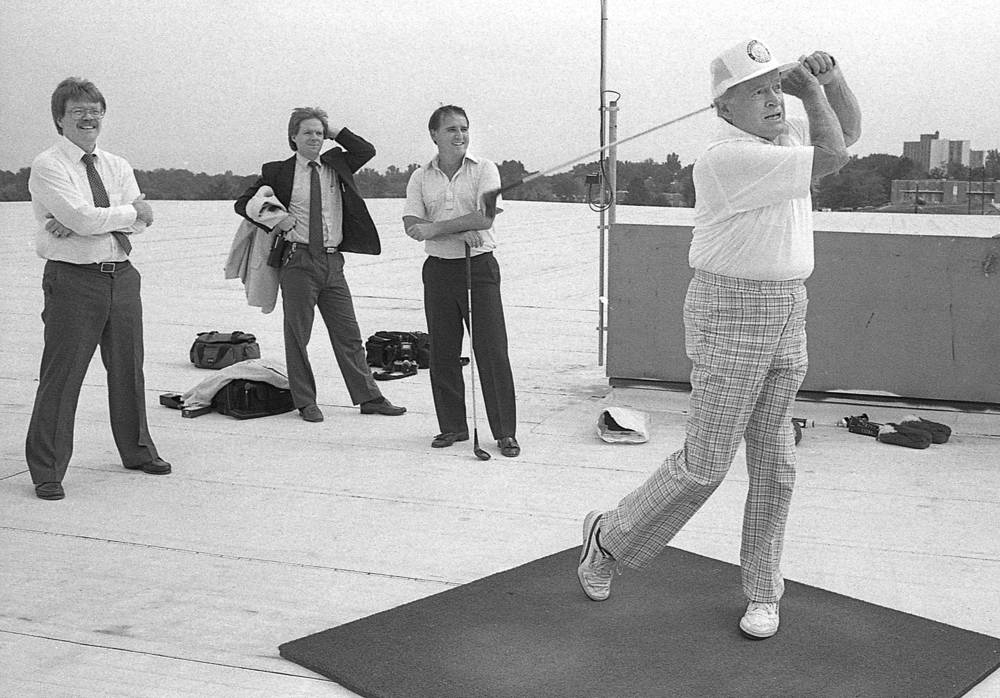 Comedian Bob Hope drives a golf ball toward the northwest from the roof of the Show Me Center on Friday, Aug. 28, 1987, prior to his show that evening. Observing his style are David Ross, left, Show Me Center director; Jim Doyle, events coordinator; and Cord Dombrowski, a member of the board of managers. Below, Hope autographs a few golf balls. (Fred Lynch photos) 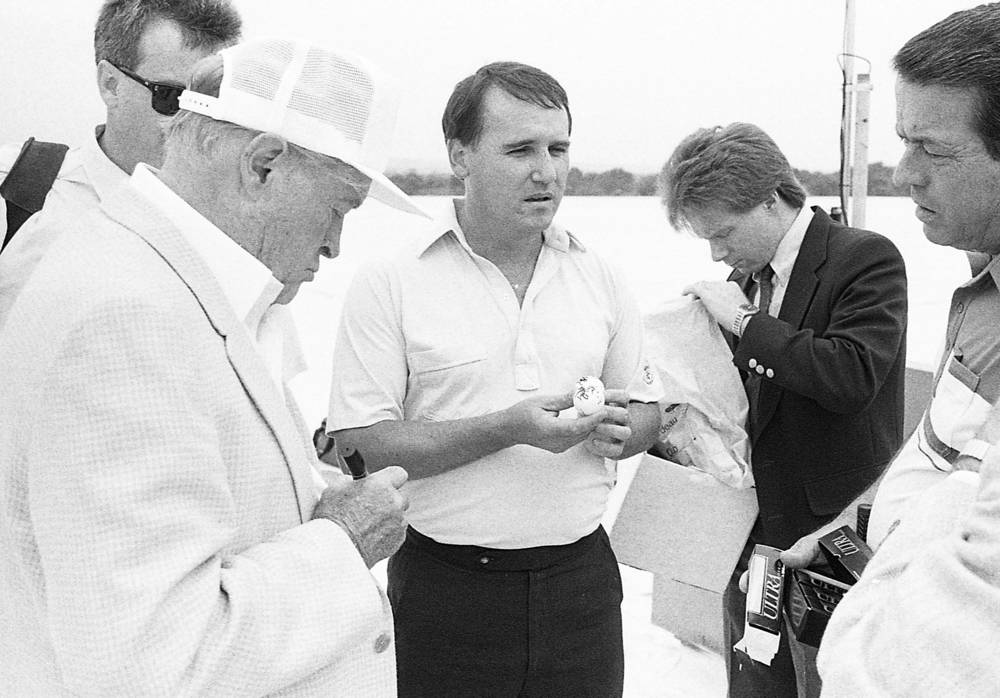 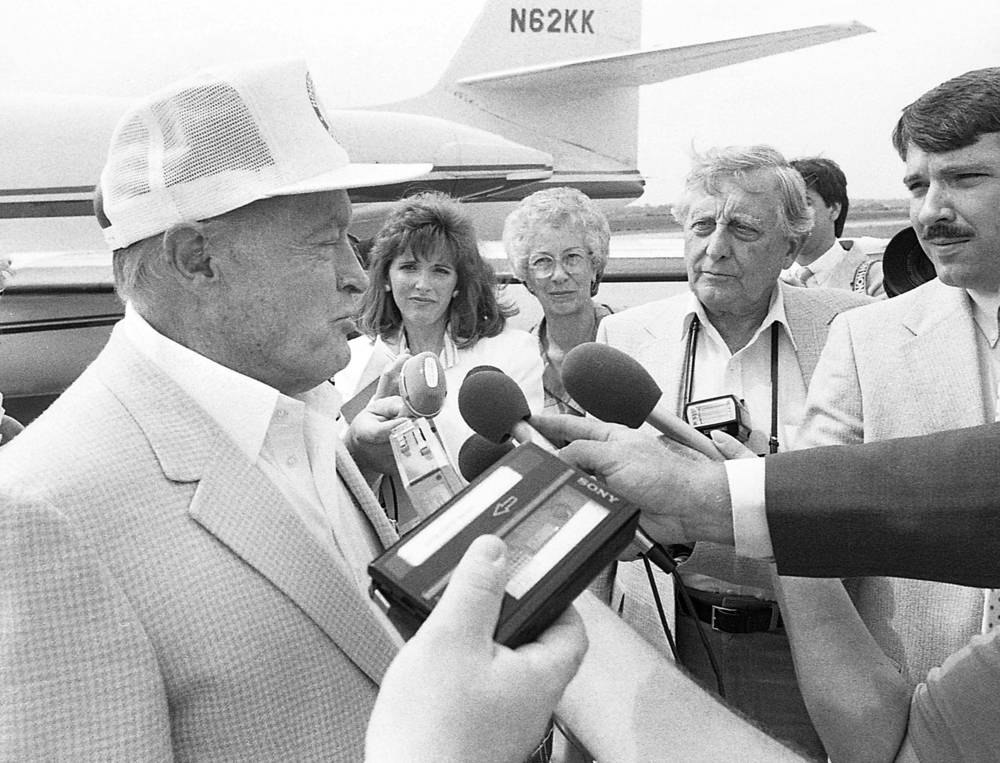 Bob Hope talks with the press during his arrival at the Cape Girardeau Municipal Airport. He autographed a "short snorter" for Joe E. Haupt of Jackson, second from right. KCGQ radio arranged the meeting for Haupt, who had received Hope's autograph following World War II in Germany. Below, the "King of Comedy" stands in the spotlight of the new facility. (Fred Lynch photos) 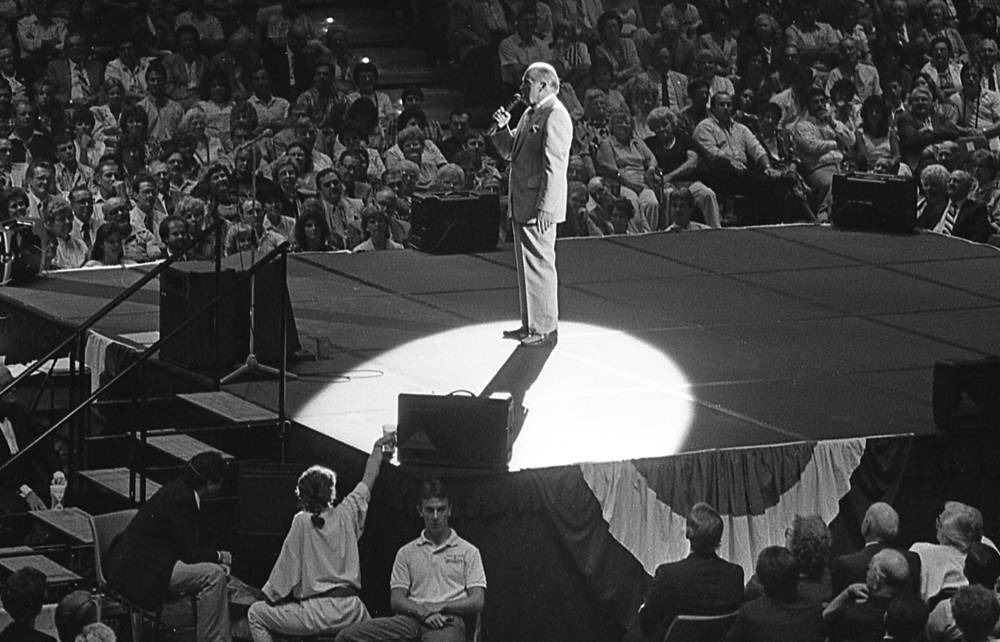 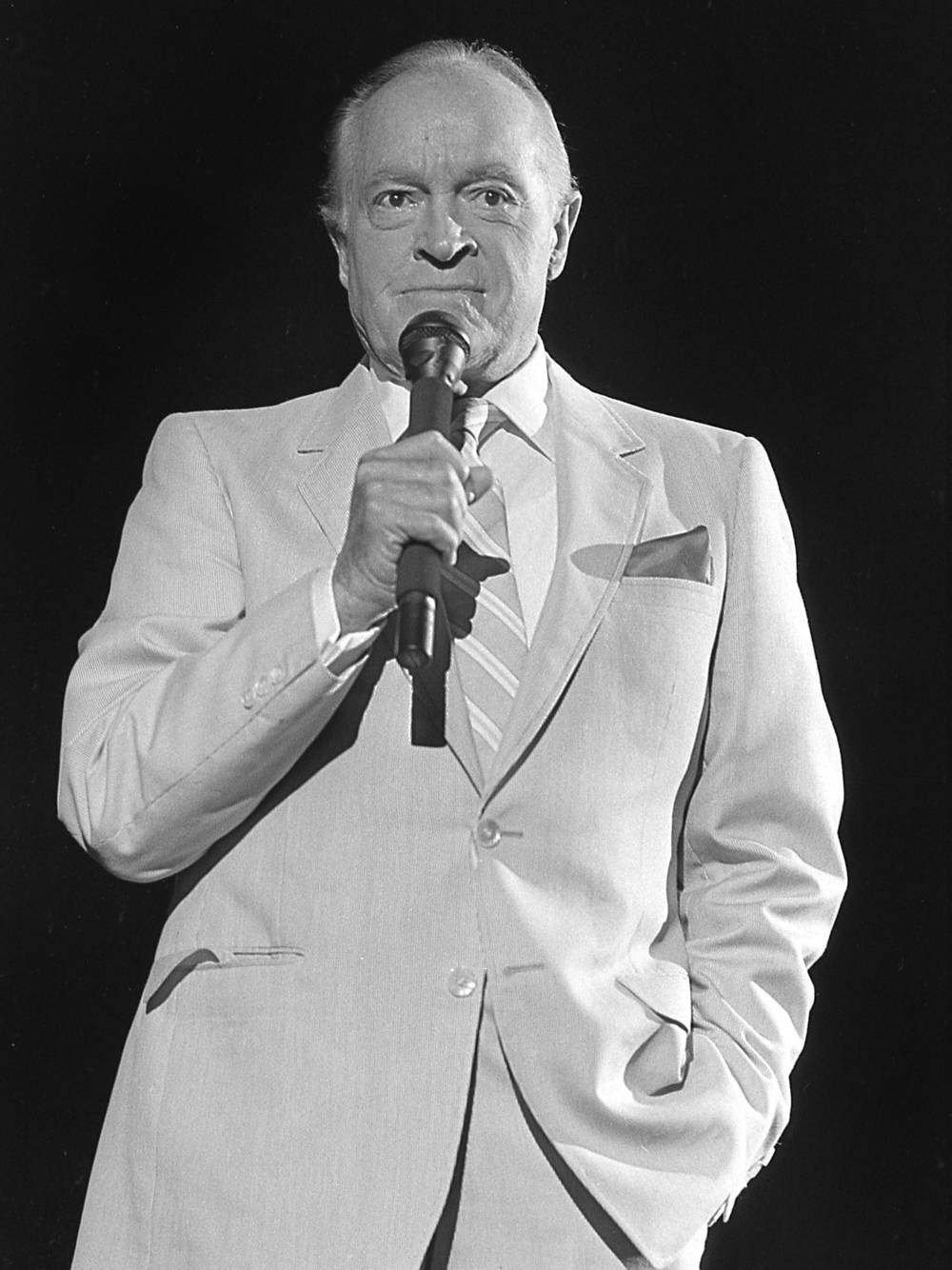 Bob Hope performs on the stage of the Show Me Center. (Mark Sterkel photo)

The king of comedy has some words of "Hope" for President Ronald Reagan and Soviet leader Mikhail Gorbachev.

"If city and university officials can work together to obtain a facility like the Show Me Center, then I have hope for Reagan and Gorbachev."

Bob Hope, who has entertained millions of people during his more than 60 years as a comedian, demonstrated to more than 6,500 people at the new center, located on SEMO University campus, Friday night why he has gained the reputation of king of comedy.

Using a mixture of one-liners and jokes, song and the old Hope vaudeville soft shoe, the 84-year-old comedian, who has appeared on stage, screen and radio, spent almost an hour on the Show Me Center stage, and was recipient of three standing ovations.

Hope is one of the top entertainers to appear in Cape Girardeau and his performance will likely go down in the scrapbooks of 6,529 area people who can now add themselves to the millions throughout the world who can say "thanks for the memories."

By the time that traffic had cleared the parking areas around the new center, a cooperative venture between the city of Cape Girardeau and SEMO University, another crowd was forming to purchase tickets for a future performer at the center--Tina Turner, who will appear Oct. 13.

Bob Hope was in Cape Girardeau about eight hours, arriving at the Cape Girardeau airport about 2:30 p.m. A group of media representatives and fans had gathered to greet the comedian.

After stepping from his Lear jet and before entering the limousine rented for him, Hope took a moment to talk with reporters.

He explained that the schedule for his upcoming television special which will poke fun at the recently-completed Iran-Contra hearings allowed him to perform in Cape Girardeau Friday night.

"I'm going to be trying a lot of things tonight for the new show to see if they work," said Hope.

At the airport Hope also re-signed a "short snorter" which Joe E. Haupt had kept since World War II. After reading about Haupt in the Southeast Missourian, Q-99 radio arranged the meeting.

While signing the note, Hope quipped that he should have brought his short snorter for Haupt to sign.

Hope, answering reporters' questions, explained his success over the years. "It's just on account of my practice, lots of practice.

"I have seen some exciting times," he said. "But the most exciting part of my career was spent visiting servicemen. I'd do it again for my country."

The entertainer was asked if he has any goals in his career which have not been met yet.

"I'd like to win an honest Oscar. I've won honorary Oscars and awards, but they've never awarded an Oscar for comedy," he said.