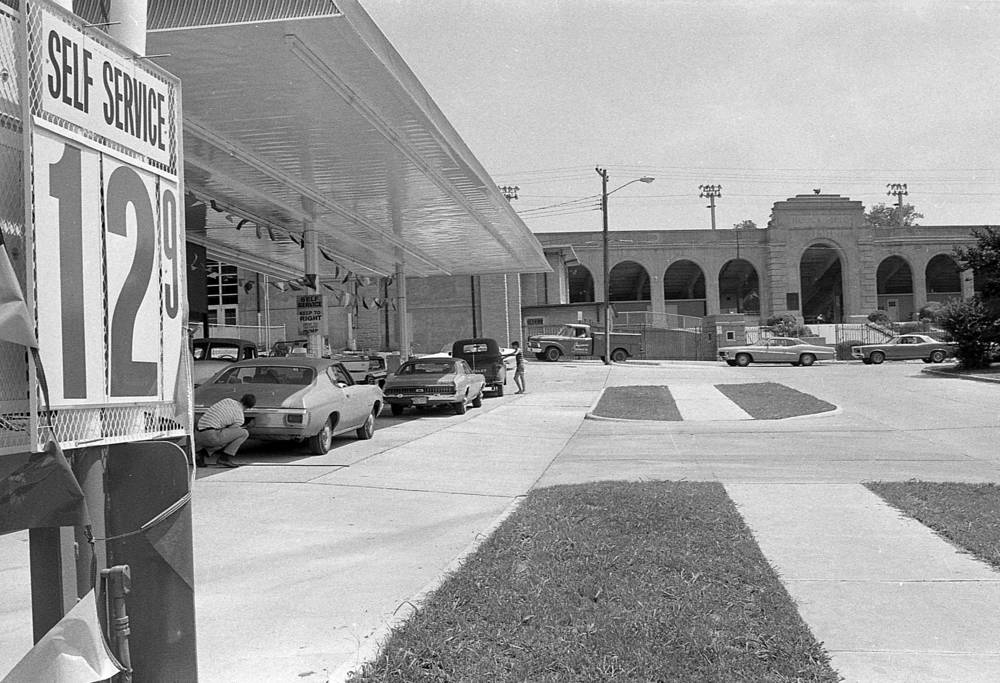 Hundreds of motorists, some waiting in line as long as 20 to 30 minutes, flocked into two self-service filling stations here today to pay the lowest gasoline prices conceivable.

Most left wishing the tanks of their cars were only bigger.

A gas war like Cape Girardeau has never seen was sparked by the grand opening today of a new Saveway Service Station at Houck Place and Broadway. The U-Pump Service Station, Pacific and Independence, quickly followed suit after Saveway announced it would start selling regular for 21.9 and 23.9 cents this morning.

At times this forenoon, traffic at Broadway and Houck Place was extremely congested because of cars lined up to get to the station's pumps.

When Mr. Melton was informed by a Missourian reporter that the price at Saveway was at 12.9 for regular, he said he would contact the general manager of the station and request that it, too, drop to the lower price.

Ironically, Standard Oil dealers here received word shortly before noon to raise its prices from the present 30.9 for regular to 35.9. One station owner said, "We won't know until tonight whether we will drop it or not."

Major dealers did not reduce prices during today's gas war. Independents with attendants to pump gas dropped from 28.9 to 23.9 for regular early this morning. Another drop placed most independents at 21.9 at noon. One independent station manager said he would go no lower.

Here is a link to more gas station blogs: 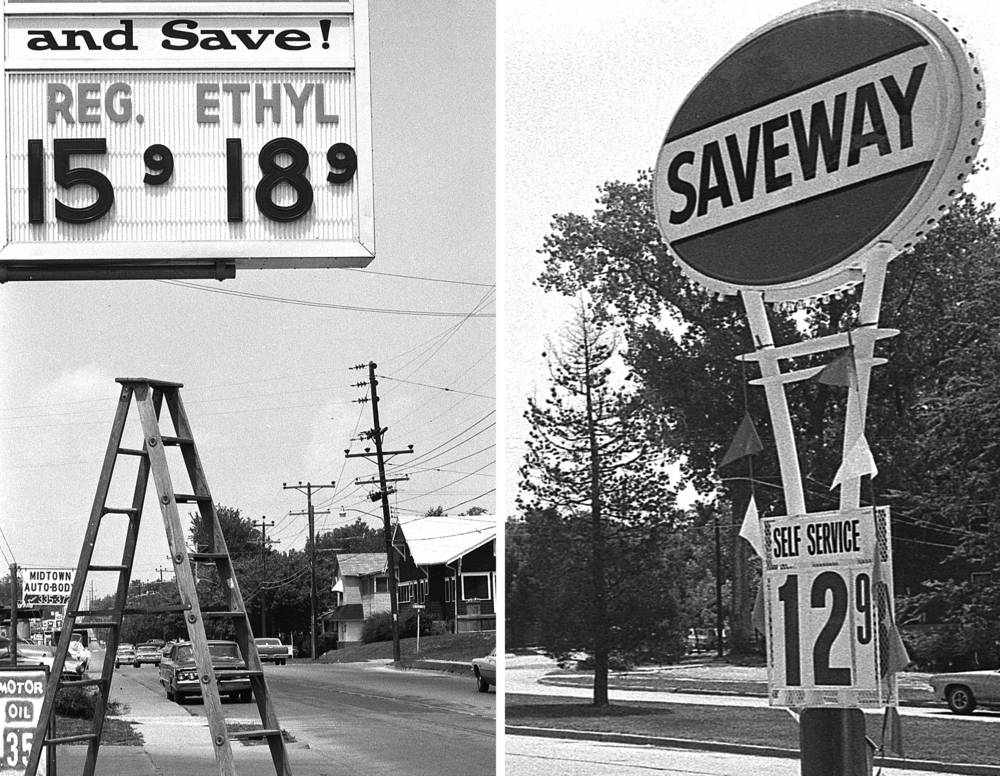 Gas prices at the U-Pump, left, tried to keep pace with falling prices at Saveway, right.