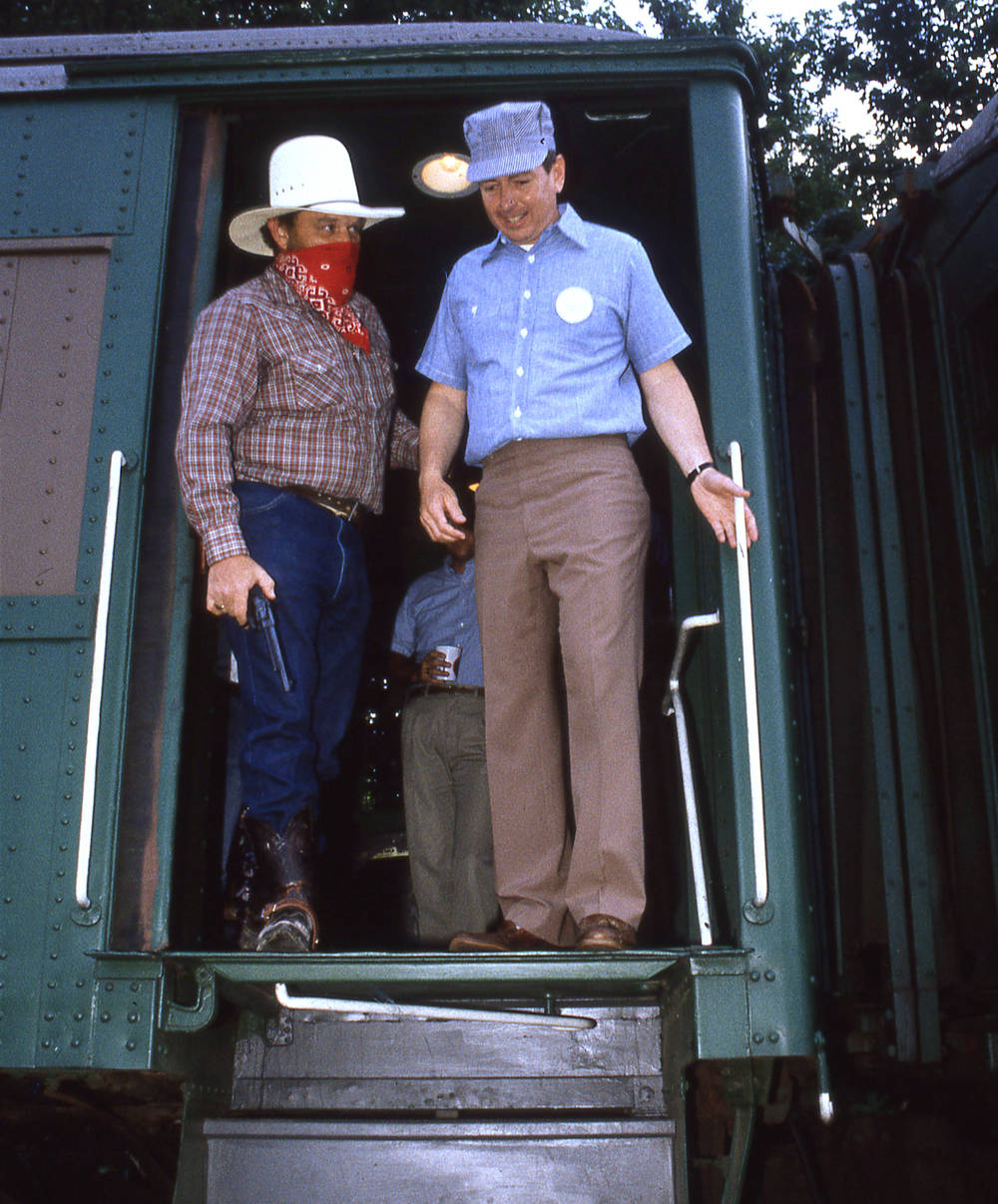 Return with us now to those thrilling days of yesteryear.

Well, sort of, when members of the Scott County Sheriff's Posse staged a mock holdup of the St. Louis Iron Mountain & Southern Railway tourist train on June 3, 1987 near Gordonville, Missouri.

Gov. John Ashcroft, a passenger, was in the area for a dedication of the Lee-Rowan plant expansion, and to attend a fundraising activity, of which the train ride was a part. Area supporters celebrated the governor's 45th birthday nearly a month late while raising the honoree about $35,000 toward his 1988 re-election campaign.

Ashcroft boarded the train in Jackson with about 200 supporters who made the 45-minute trip to the Gordonville City Park. However, the governor rode on horseback a short distance to the park after he was taken "hostage." Another 150-200 boosters were waiting at the park for a western-style barbecue, and with a 24-square-foot birthday cake. 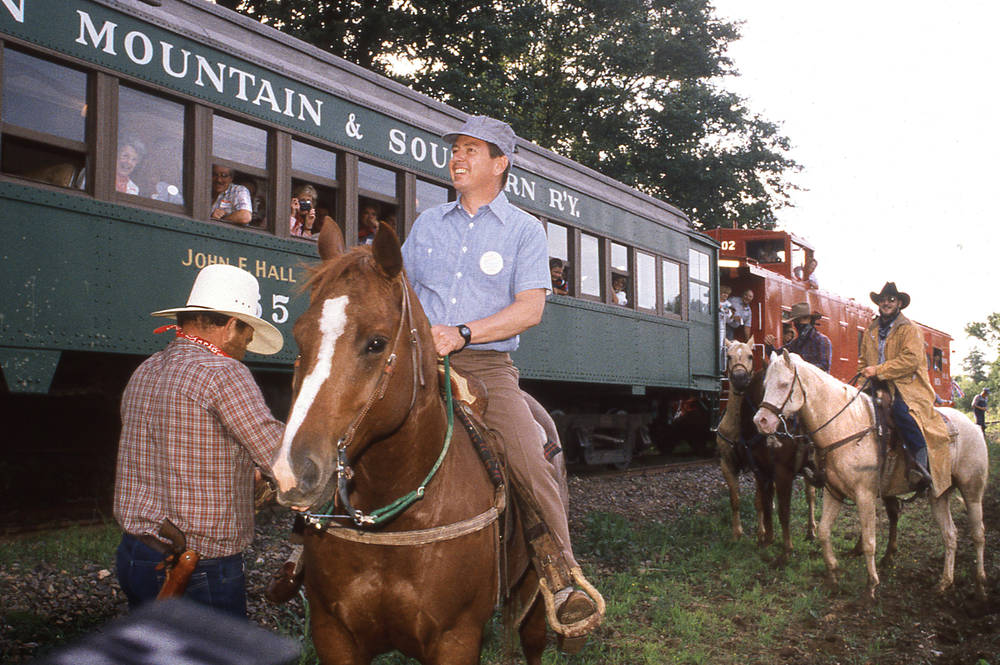