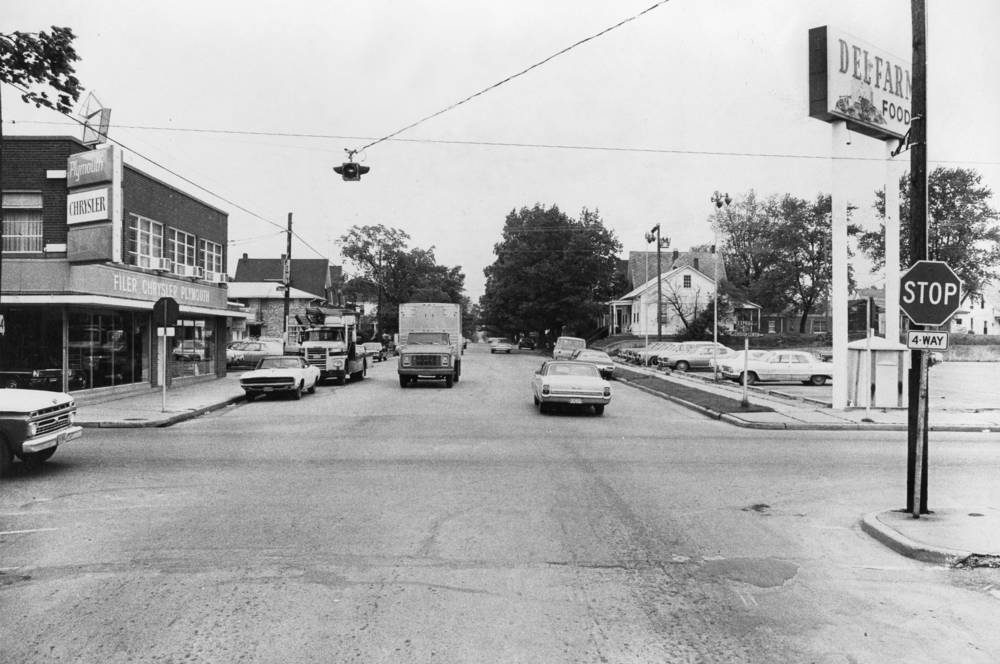 Missouri Highway Department's William street widening project will drastically change the present appearance of the east-west artery. The intersection of William and Sprigg, the furthest easterly point, above, will be extended to four lanes as will the entire Route K urban stretch. (See a recent photo below story.) 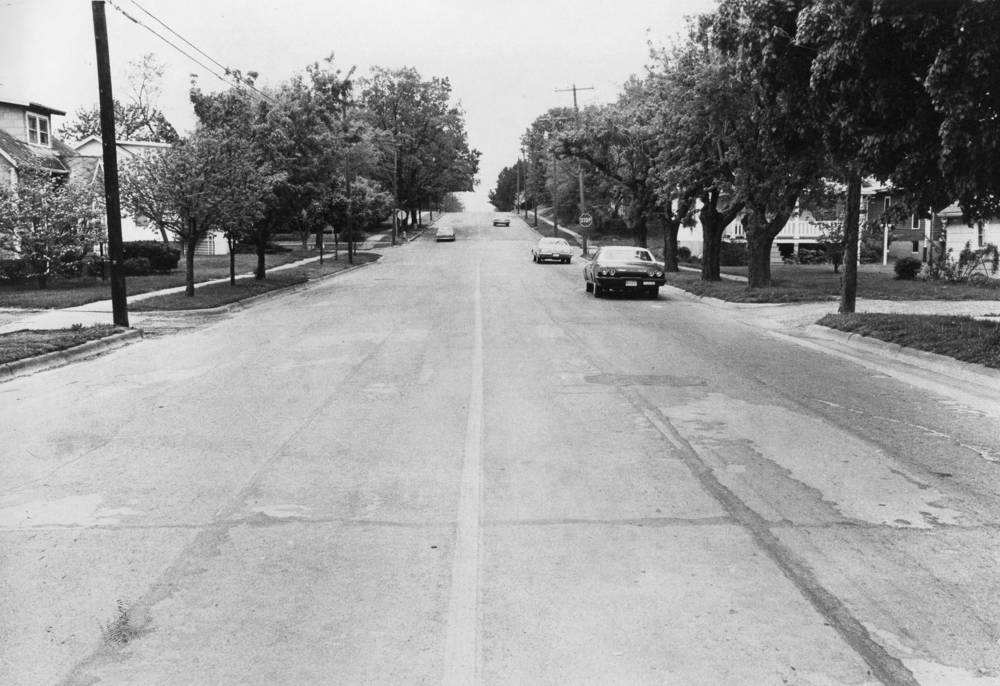 Above, trees lining either side of the street just east of the William-West End Boulevard intersection will go, as will the house at right of picture, and another not pictured across the street. In photo below, most of the private property right of way to be acquired will come along the stretch pictured here. It is looking west along William just west of the Minnesota intersection. 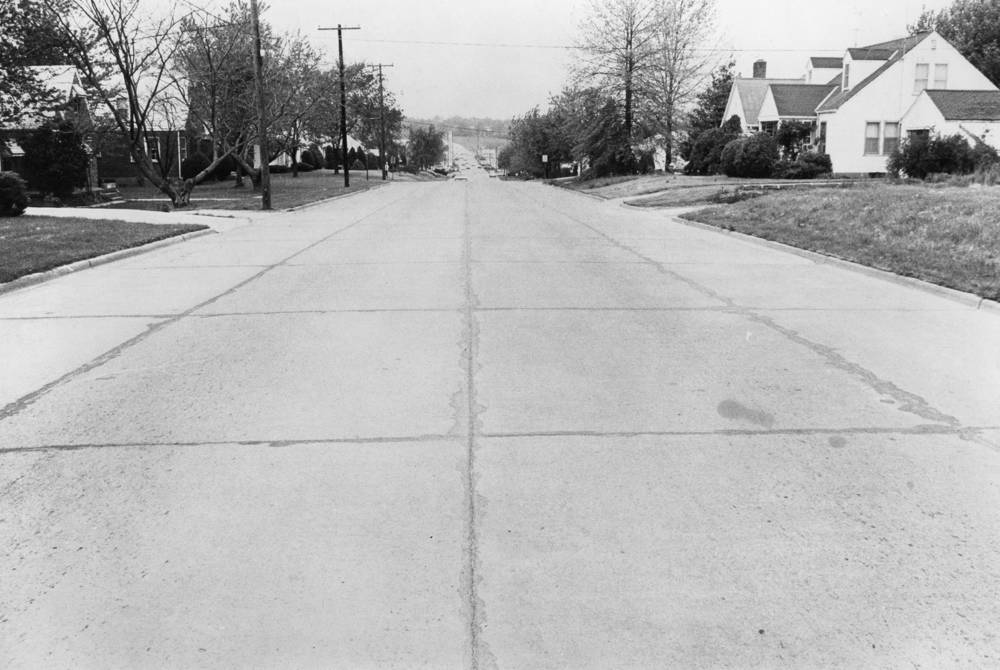 Trees, yards will go in favor of 'super' William

Condemnation proceedings are to be initiated later this month against owners of 14 parcels of land to be acquired for the William street widening project scheduled to be let for contract in September.

But while Cape Girardeau motorists can finally look forward to using the city's first four-lane, east-west artery, they'll also be paying the price through the loss of dozens of trees--mostly elms and maples with a scattering of other varieties--and front lawns, the majority of which beautify the present route.

Lionel T. Murray, chief engineer of Missouri Highway Department's District 10 headquarters at Sikeston, said quite a bit of home frontage will be taken, putting William street much closer to houses.

"It can't be avoided," he told The Missourian.

Circuit Judge Stanley A. Grimm is to appoint three commissioners to review acquisition of the 14 parcels that require condemnation on June 18. The commissioners will appraise the property in question, recommend the fair value of the property and the right of way will be acquired through the court.

Mr. Murray said a total of 34 tracts of land between Koch and South Park--a six-block stretch--is needed for the widening project. The property includes two houses, he said, and is being taken on either side of William.

The two houses, the only ones that must be removed for the widening, are located on the northeast and northwest sides of the William-West End Boulevard intersection, Mr. Murray said.

He said the owner of one of the houses has reached agreement with the department's right of way division,but the other house will have to be condemned.

Of the 34 tracts involved, all are not right of way purchases, he noted. Some are easements, involving possibly raising driveway levels in proportion to the street surface.

Mr. Murray said the department estimated about $300,000 as the cost of right of way acquisition.

Having to condemn nearly half of the property involved is not unusual for an urban project, he said.

The department plans to widen William from its intersection with Kingshighway to South Sprigg. The new street will consist of four 11-foot wide pavements with an approximate two-foot painted median, Gary Chegwidden, district chief designer, said.

The $1 million-plus project is expected to begin in the fall, with most of the work being done during the warm months next year, Mr. Chegwidden said.

He noted that fifth lanes will be located along the stretch from Kingshighway to Sheridan, serving the Town Plaza area, and at the intersection of West End Boulevard and William, which is why the two houses are to be removed. The fifth lanes will serve as left turn lanes.

The designer said it would be impossible to determine what the overall width of the street and adjacent right of way would be because it varies so much from one location to the next.

"We took what we could get by with," Mr. Chegwidden said. "Most of the dedicated width (pavement and right of way) is 70 feet except by the shopping center, which is 100 feet wide. We're taking just enough right of way to make four lanes through," he said.

Signals are to be installed on West End Boulevard, similar to those currently in operation at Kingshighway and William," Mr. Chegwidden said. There will be some minor revisions of the traffic lights at Kingshighway, he said, to make them traffic activated. 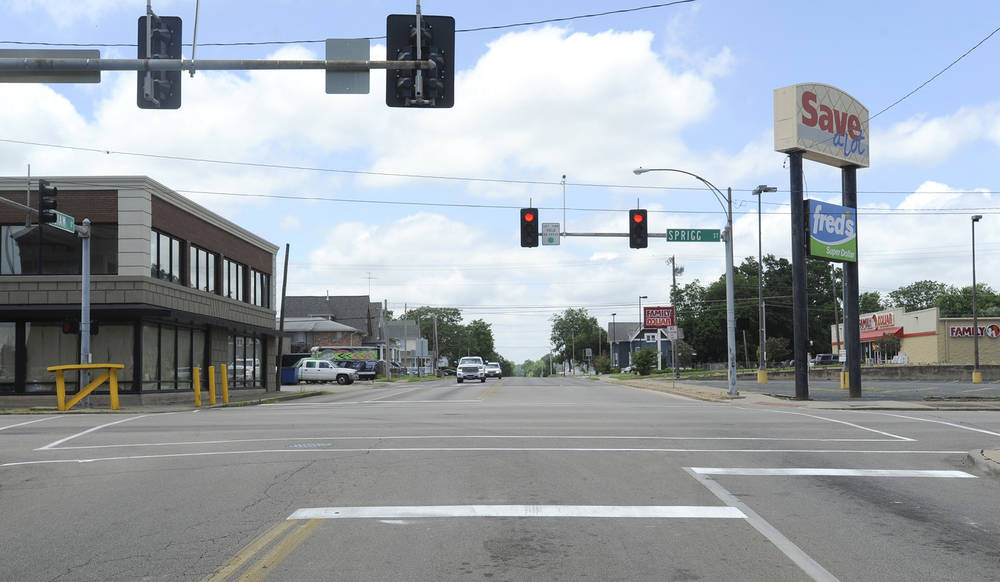