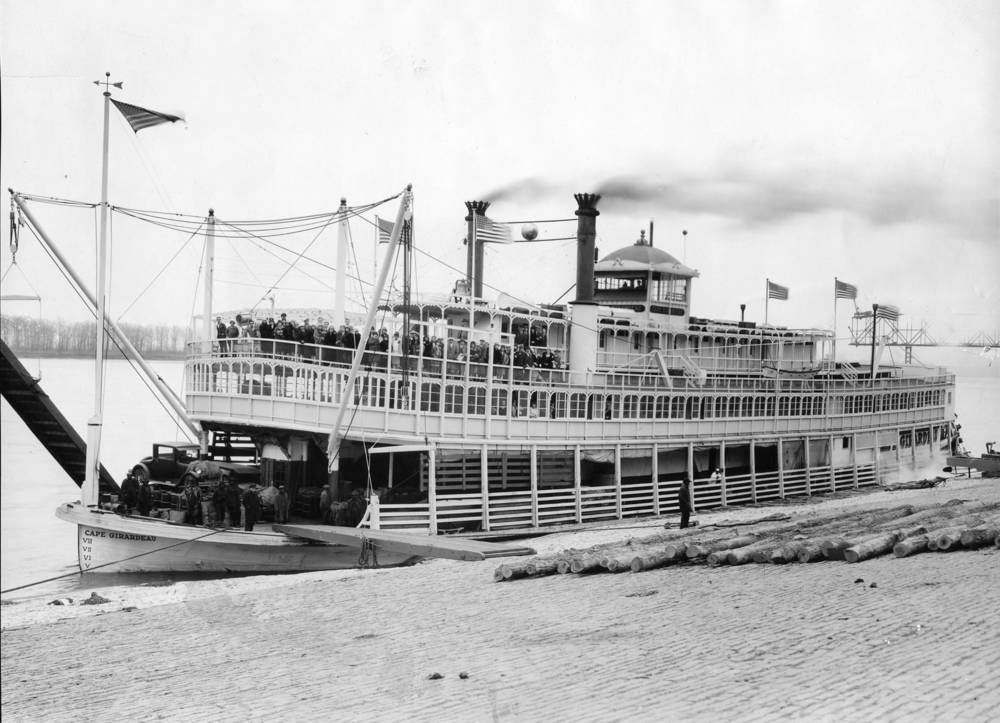 With the loss of the second steamer Cape Girardeau in 1916, the Cape Girardeau trade was carried on for the Eagle Packet Co. by the steamer Bald Eagle until 1924. On April 23, 1924, with Capt. William "Buck" Leyhe barking orders from the upper deck, the third and final steamer Cape Girardeau docked here for its christening ceremony. It was 233 feet long and was steel-hulled. A crowd of more than 5,000 persons jammed the wharf to welcome the town's namesake. It was christened by Mary Christine Rolwing, a 16-year-old Thebes, Ill., girl, who broke a silver-encased bottle against the boat's bow. This undated photo was taken at the Cape Girardeau wharf, after the steamer made a trip to Mardi Gras in New Orleans. (G.D. Fronabarger photo)

The riverboat continued in service on the Mississippi until 1932, when it was placed in the tourist trade on the Illinois rivers. Financial problems forced the Eagle company to sell the boat to Greene Line Steamers of Cincinnati, Ohio in 1935, and it was renamed the Gordon C. Greene.

The steamer met its demise on Dec. 2, 1967, sinking in a steady downpour, not plying the waters of the Mississippi River, but moored at St. Louis just above the Eads Bridge. It had been a floating restaurant called the River Queen. 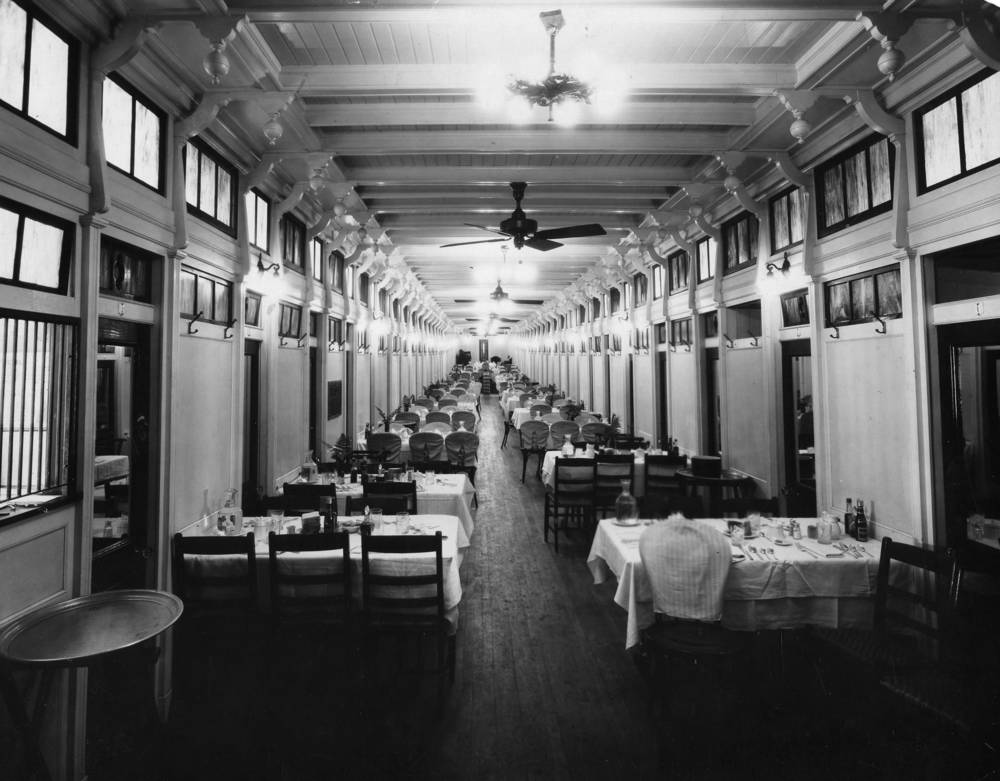 This is an undated photograph of the dining room on the third steamer Cape Girardeau.

Sharon Sanders shares the history of the third steamer Cape Girardeau in her blog: