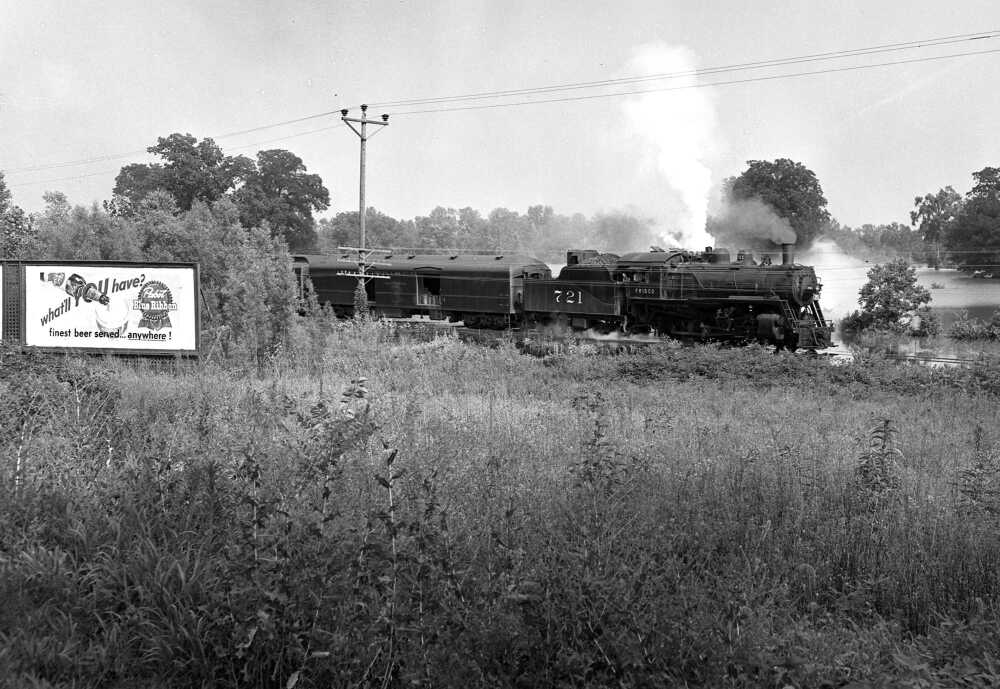 A Frisco railroad steam locomotive was photographed by G.D. Fronabarger along the Mississippi River at Cape Girardeau. Regular steam locomotive service continued until about 1952. The photo is undated.

This from my friend and Cape Girardeau native, Ken McElreath;

"The location of the photo is just south of the Marquette Cement Plant and its employee natatorium, along old highway 74 under the line of bluffs that used to be there. The billboard identifies the location, as well as the approximate date as you mention. The year is actually 1952, when the Mississippi River flooded all of downtown Cape Girardeau and the Frisco trackage, thus splitting the River Division in two. And this is definitely train 807, returning southbound shortly after terminating at Cape as train 808 northbound. While the track was flooded, train 808 would proceed northbound from Memphis as far as Chaffee, to be turned on the Rockview wye. Then the E8 diesel would be replaced by an available steam engine, which would back the train twelve miles to Cape and return as southbound 807. Then the diesel would again take charge of the train to Memphis. Why the steam engine? Look at the photo and notice the water level and spray. The water would short out a diesel's motors, but the steamer plowed right through. The ten wheeler was normally power for one of the freight locals out of Chaffee and simply happened to be on hand for the job."