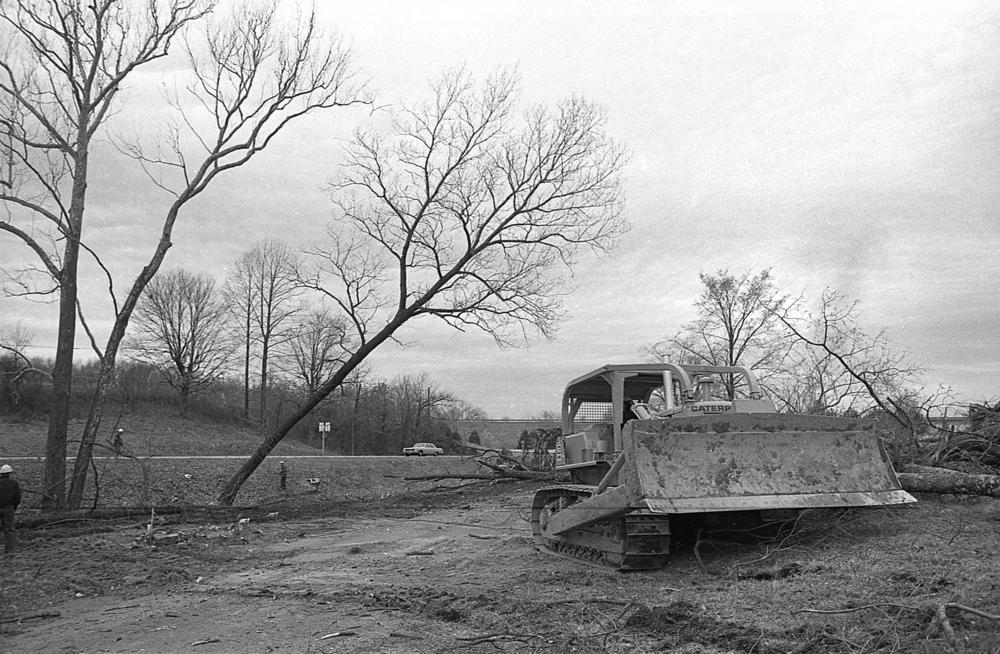 Crews for R.B. Potashnick Construction, Inc. have begun the $2.2 million widening project for Highway 34-61. Trees near Wedekind Park are being removed. The road will be divided from the Interstate 55 intersection, east to a point near Boulder Crest drive on the downhill side. From there it will be an undivided four-lane road to where the present four lanes end near Route W. 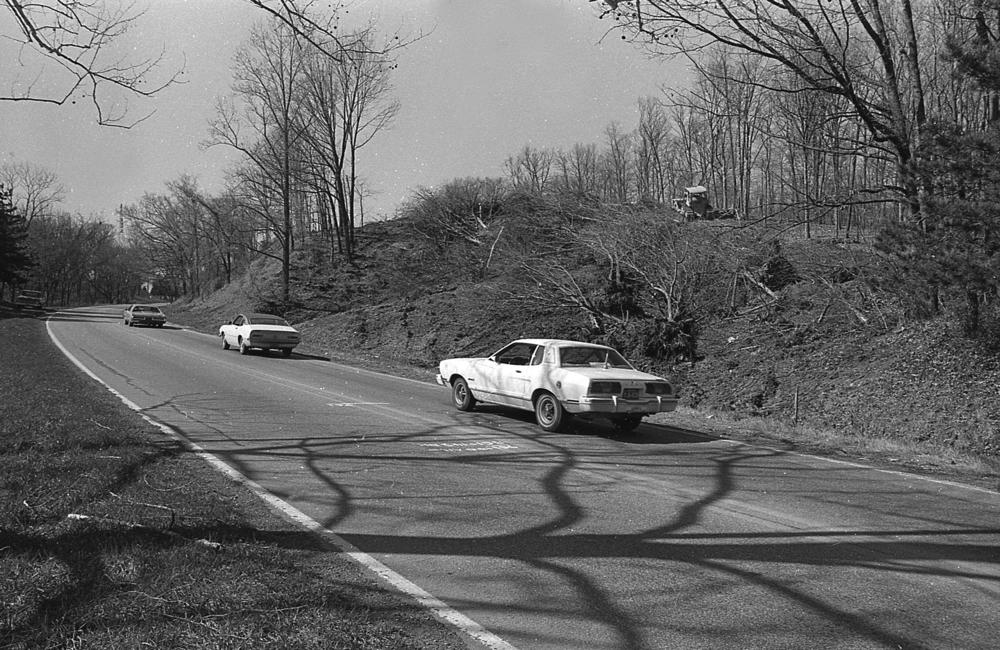 The once heavily-timbered hillside along Highway 61 leading to Jackson is becoming more barren under the onslaught of the bulldozer as preparations continue to build a four-lane highway. The road will be widened between Wedekind Park and Cape LaCroix Creek, a distance of nearly two miles under a contract of the R.B. Potashnick Construction Co. The view here is toward Jackson. (Fred Lynch photos) 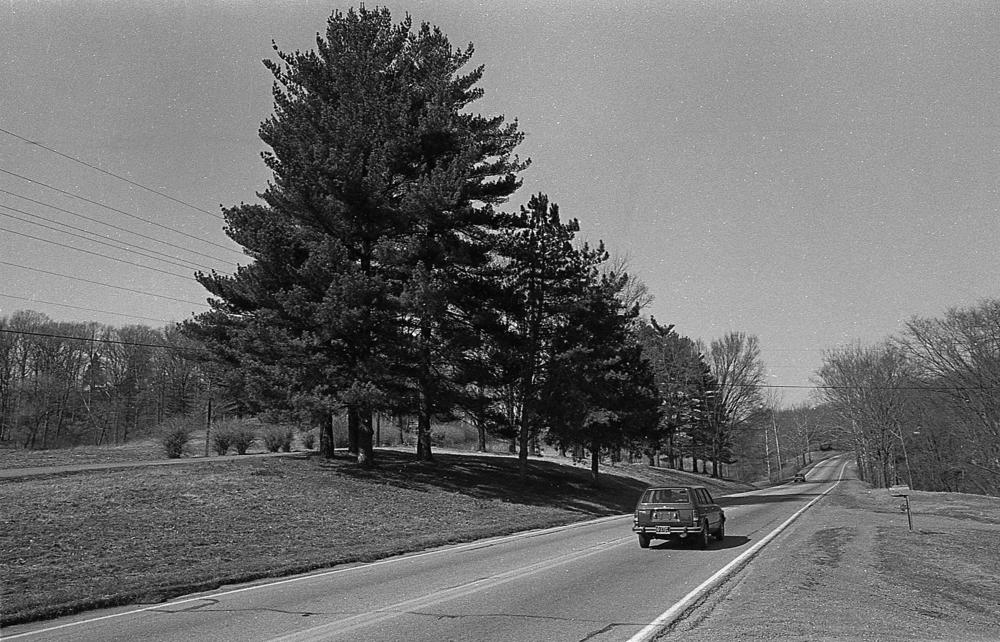 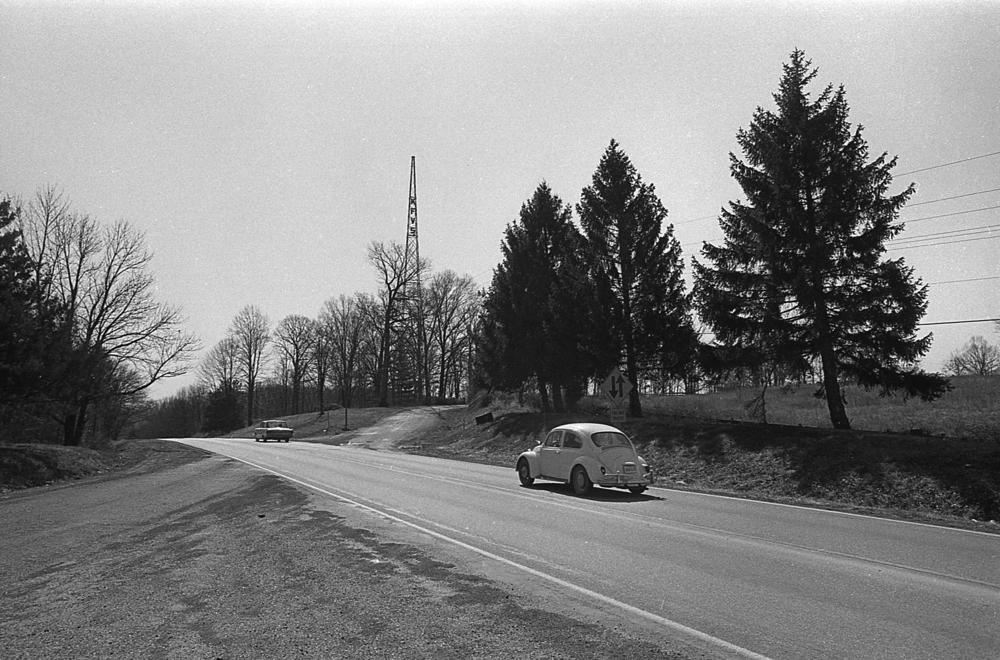 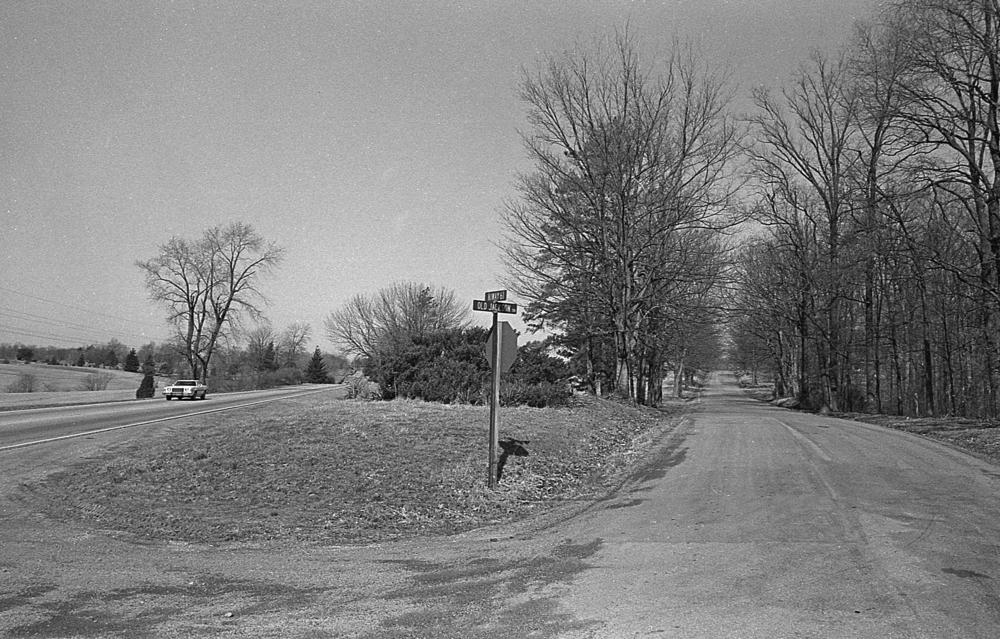 Aerial view of antenna and history of KFVS radio and television: