Capaha Field is fenced in 1977 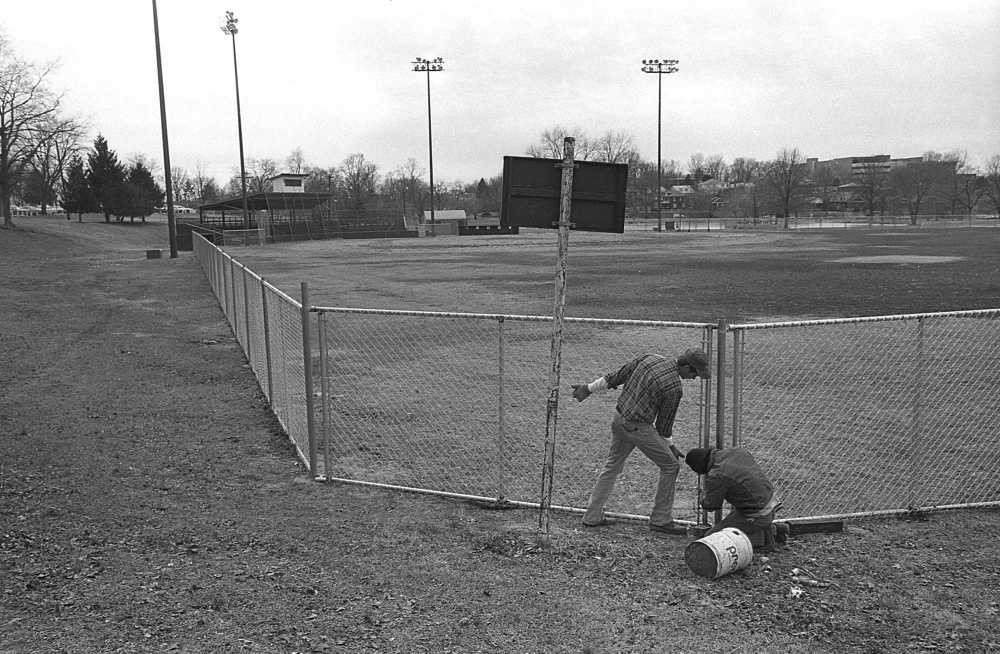 Hitters love it! Pitchers hate it!

That's the general consensus of baseball people who were present at the new "fenced-in" Capaha Park diamond Saturday afternoon.

"Home runs, and more home runs," exclaimed Jess Bolen, manager of the Cape Girardeau Capahas, who will use the diamond this summer.

"Yeah, and then some," added John Yallaly, who manages the Cape Girardeau American Legion team.

SEMO State University and University of Iowa hitters loved the new fence Saturday, as a total of 10 balls went over the fence in a pair of seven-inning collegiate games.

The host Indians--ranked number six among NCAA College Division II teams--"parked" four balls in the first game, which led to a come-from-behind 9-6 victory over the Big 10 Hawkeyes.

Iowa's Hud Ryan "parked" a couple of them in the second game, one of them a first-inning grand slam, which got the Hawkeyes off to an early start en route to a 14-5 victory.

Other hitters who like the short, chain-link fence, were Dan Wieser, Mike Samples, Bill Criscione and Ralph Kuehn, who hammered the long balls for the Indians, and Willie Mims and Mike Boobicker, who had three-run shots for the Hawkeyes in the opening game.

"I was pleased with our bats today," said Coach Joe Uhls. "You know that first pitcher we faced is a good one, and we hit him hard. And, the guys showed they could come back, being six runs down, and winning.

The Iowans had the advantage of having played two games Friday, defeating St. Louis University, 10-1 and 9-3.

After struggling through the first inning, which was capped by a three-run homer by Mike Boodicker, starter Trae Hastings settled down to go through the next two frames, allowing only one hit. The Iowans tagged Hastings for three safeties in the fourth, including Mims' three-run shot.

It was in the home-half of the fourth that the Tribe started rattling the bats, after collecting only two hits over the first three.

Dan Wieser, who collected three hits in the game, started it off with a solo homer over the centerfield fence. One out later, Mike Samples put one over the fence, about the same spot, and after one more out, Bill Criscione slapped one out.

There was no let up by the Indians in the fifth. They put together six hits, including another homer, this one a two-run shot, by Criscione.

"Hey, that felt good, those two homers," said the Indian left fielder between games. Criscione came back to get another hit in the second game.

Samples, who collected four hits during the long afternoon, got his second homer in the rain-delayed second game. Samples and Wieser each finished the afternoon with four hits.