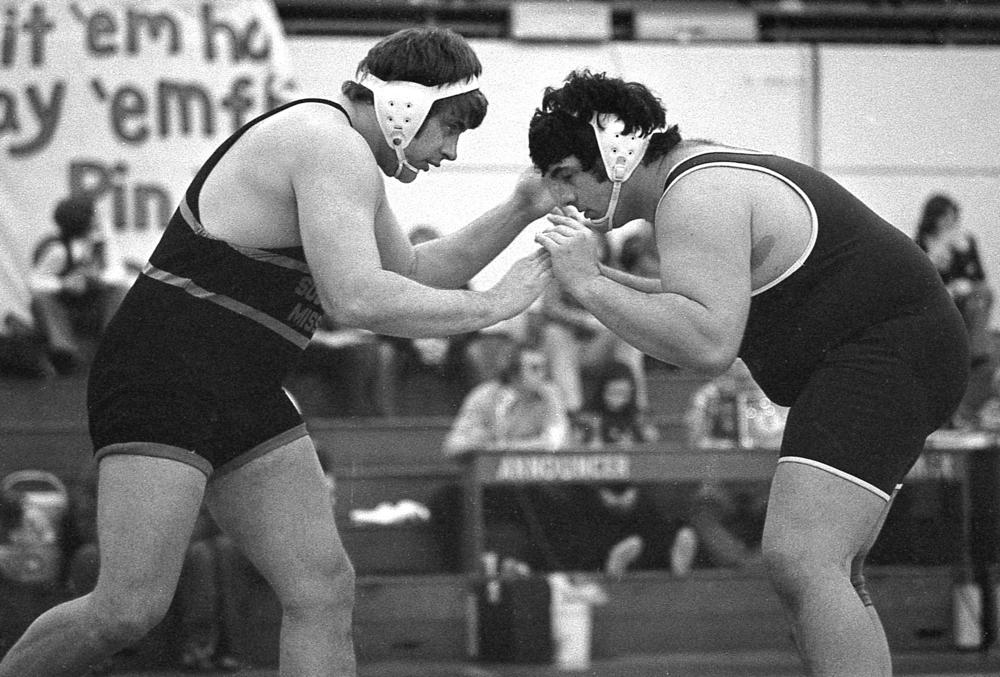 SEMO State University's premier heavyweight wrestler, Bruce Thomas, left, and Maryville's Mike Papino square off in a match at Houck Field House Saturday afternoon. Thomas won the match. The Indian heavyweight won two matches Saturday, the second against Kirksville, to run his season's record to 10-1. The Indians lost both ends of the double-dual, 24-12 to Maryville, and 24-15 to Kirksville. Maryville won over Kirksville, 30-9. Indian Randy Roddy (190) won both of his matches. Don Moore (158), Rick Derby (150), Kent Gibb (118) and Jerry Conklin (177) each won one match. (Fred Lynch photo) 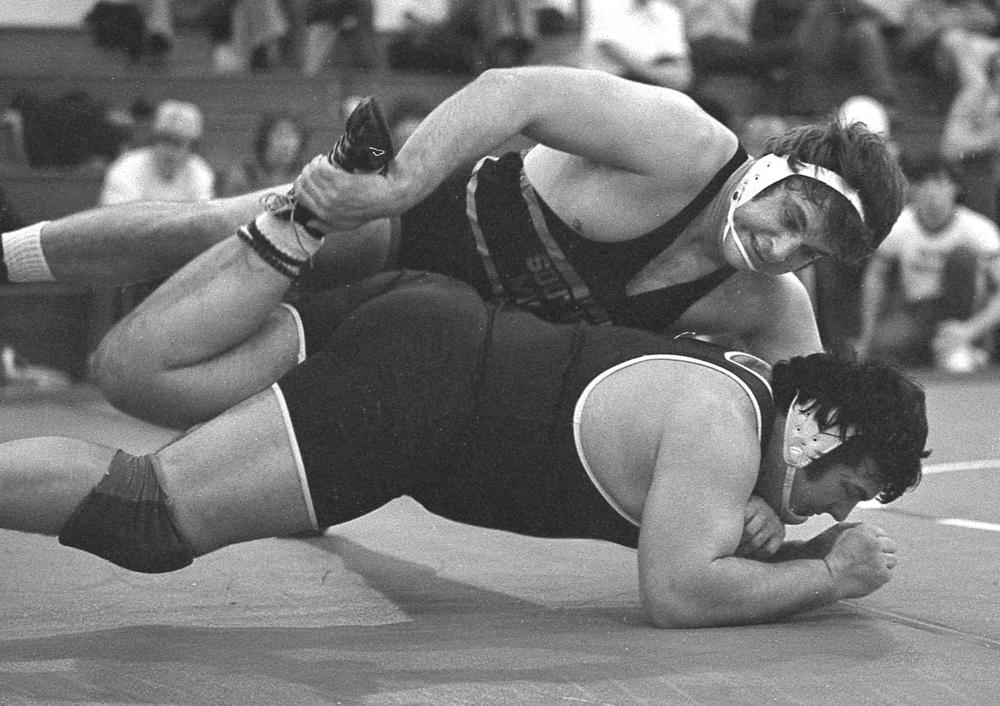 After starting his coaching and teaching career at Scott City High School, where he directed the wrestling program in 1977 and 1978, Thomas spent 26 years teaching for the Jackson Public Schools.

Read more about Bruce Thomas in this 2010 Southeast Missourian story by Marty Mishow:

Thomas among inductees for Southeast HOF