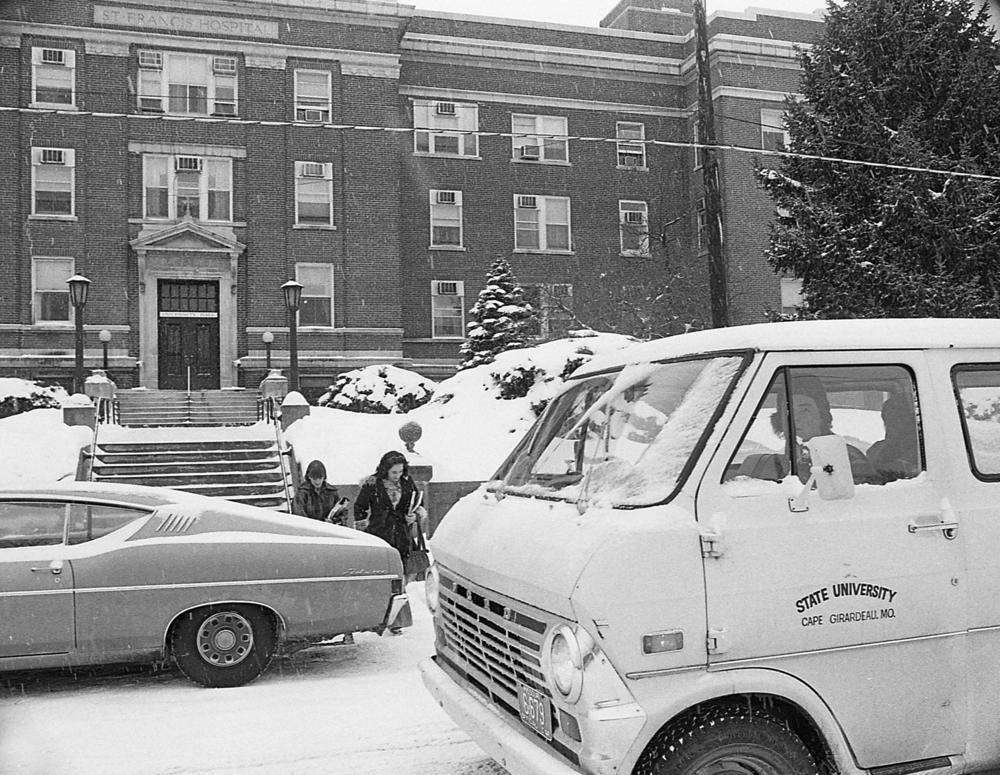 Miss Barb Carter and Miss Fancy Accardi run from University Hall to a waiting van that will transport them to their classes at SEMO State University. In photo below, Miss Debbie Grubb studies on the floor in her room. (Fred Lynch photos) 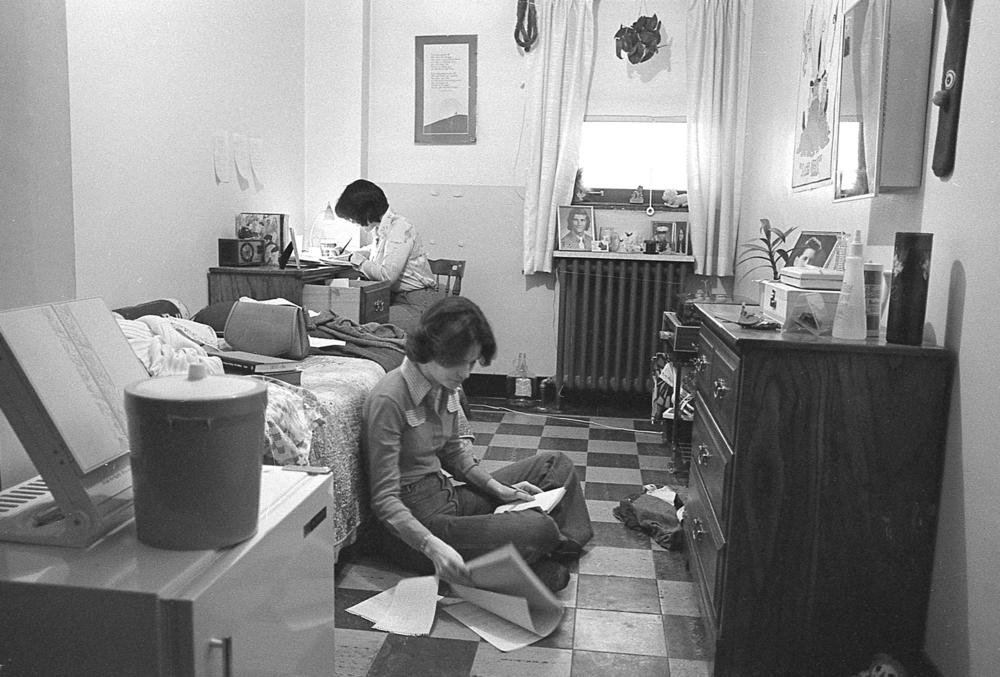 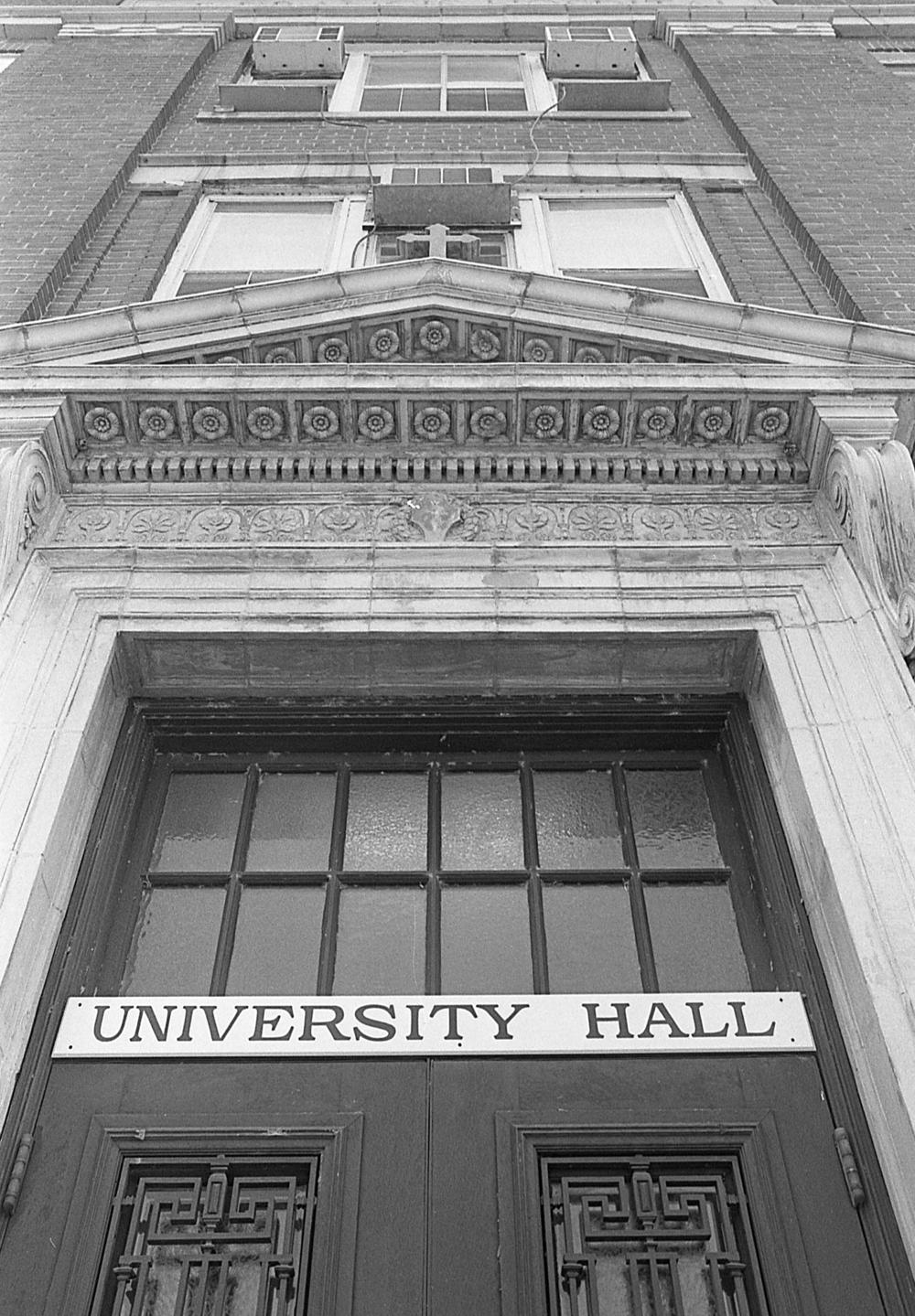 The old St. Francis Hospital has taken on a new title, University Hall, or as the students call it, "U-Hall."

The halls of old St. Francis Hospital on Good Hope, long the domain of doctors and nurses, the ill and infirm, have been taken over by coeds.

The hospital building was transformed over the Christmas holiday period into a dormitory for 50 women students of the SEMO State University.

They occupy the first, second and fourth floors of the building and have the same luxuries offered by any college dormitory: a laundry, shower, lounge, air conditioning and cafeteria.

In the view of some of the new residents of University Hall, as it is now called, there are advantages and disadvantages to living in the facility which opened its doors this week.

Miss JoAnne Overton of Webster Groves explained, "Rooms are much bigger here and I like the feeling of being excluded."

Miss JoAnn Laut feels that the food is good, but that it would be much handier to live on campus. "I'd rather live where it's easier to get to classes. It seems like you'd meet more people if you were living on campus."

Shelton Smith, SEMO State University Housing Department, commented that a lot of work was done in the three weeks of the Christmas break. New furniture was bought and the rooms were remodeled for dormitory use.

The fourth floor is reserved for private rooms. The first and second floors are the double rooms. Only the west wing is being used now.

Mr. Smith noted, "These girls have the same facilities as on-campus students; double rooms, half-baths, everything."

Vans run to and from University Hall to SEMO from 7:15 each morning until late in the day. The vans usually run every two hours.

Ten or 12 of the University Hall residents are former "Town House Girls," the girls who spend the first semester at the Best Western Town House Motel on Highway 61.

Some girls do plan to move out of University Hall and head for the campus as soon as possible, but many like the feeling of being out on their own more. Regulations are still the same, but many felt that they might get more studying done in the hall.

For that and other reasons, the other girls will remain at University Hall where the hospital halls are no longer crowded with beds, but more likely with girls in rollers and in robes heading for the nearest telephone. 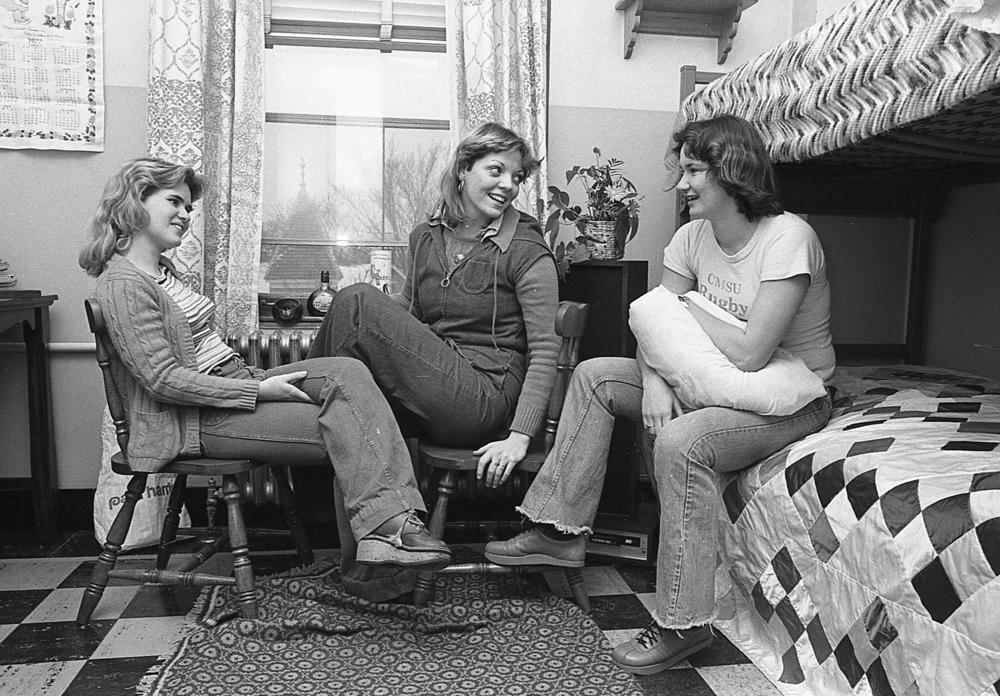 The cost of the building was $150,000. The third floor was not used for dormitory rooms. The operating rooms, x-ray facilities and laboratory on that floor remained as silent testimony to the purpose the facility served for 62 years before moving to its new location at Route K and Mount Auburn Road.