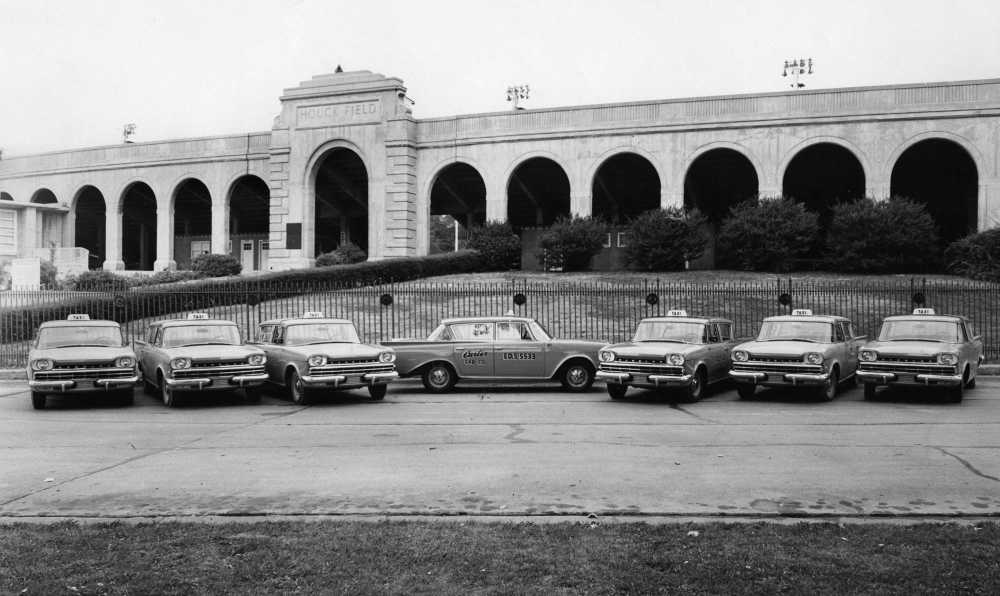 Nick Carter Jr. announced today opening of Carter Cab Co. and said the four-taxicab concern was open for business as of noon today.

Carter and his father founded Broadway Cab Co. in 1946, later selling out to the present owners. The Carters also formerly operated the Yellow Cab Co. here. They now operate Carter Auto Sales, 423 Broadway. Mr. Carter will continue operation of the auto agency and the younger Mr. Carter will operate the taxicab concern at 122 North Sprigg street. Phone number of the new company is 3988, Carter said.

Curtis Kelley and his sons, Dwight, Claude and Fred Kelley, all of Cape Girardeau, today announced the purchase of the Carter Cab Co. from Nick Carter Jr.

Mr. Kelley said the company will continue to be run under the name of Carter Cab and will use the same headquarters at 122 North Sprigg. Over the weekend, seven new Rambler automobiles, painted bright yellow, were purchased by the company from Harris Motor Car Co.