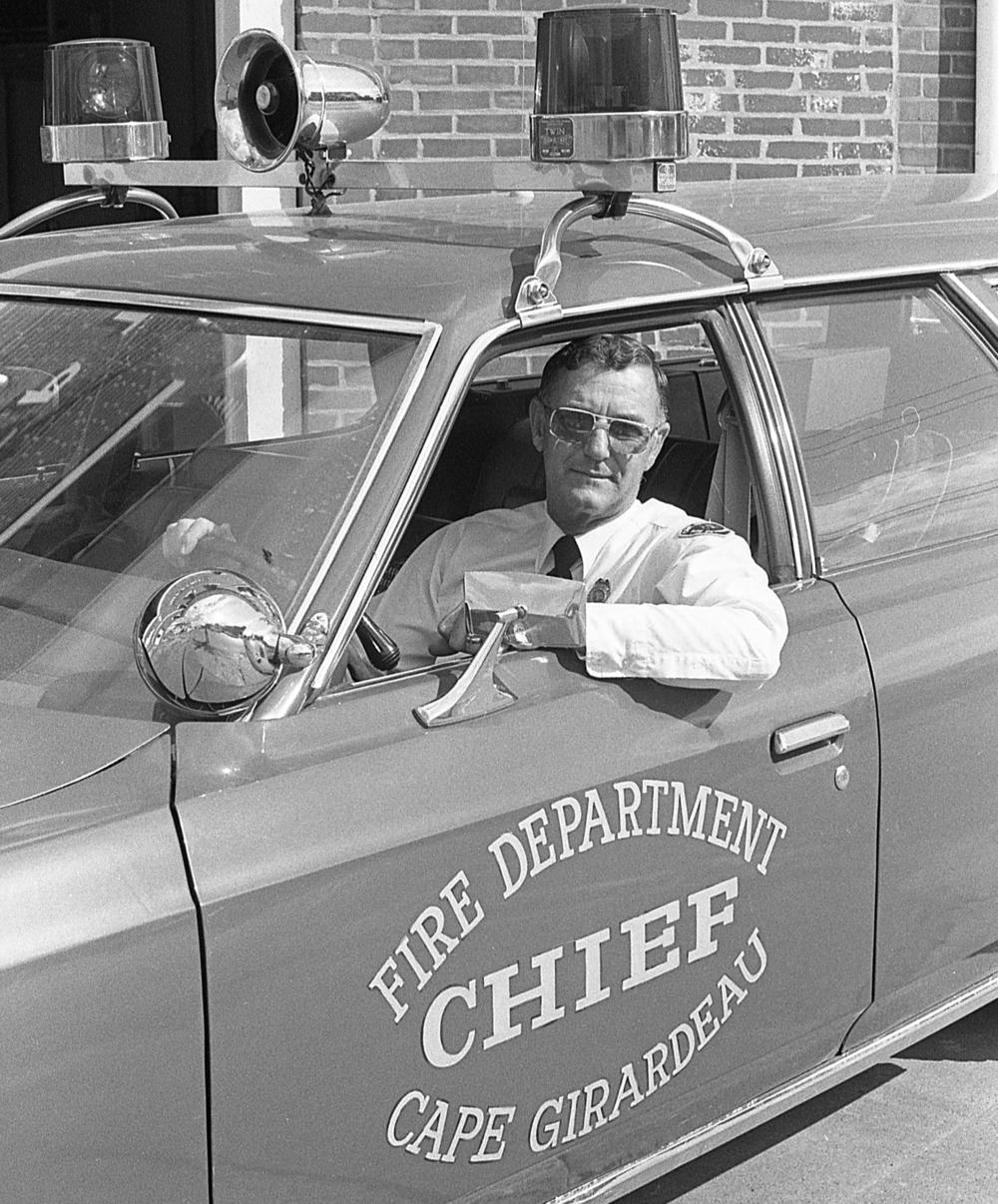 "They came out of the sun"

"Now boys, remember when they come, they'll come out of the sun."

Those are the words Cape Girardeau Fire Chief Charles Mills paid no attention to when he heard them. Now, they are words he will never forget.

"We had a training commander who was from the old Navy," Mills said. "He was an expert on Japanese bombing tactics and he always told us they'd come out of the sun so they couldn't be seen as well. Of course, we didn't pay any attention to that. But it turned out he was exactly right."

When asked about his recollection of Dec. 7, 1941, Mills sat back, muttered something about it being a long time ago and pondered. Then, his memory started coming back to him like the words to a well-known poem memorized long ago.

Mills, then 20 years old, had served only 13 months of his six-year hitch in the Navy and was stationed aboard the South Pacific flagship battleship U.S.S. Pennsylvania at Pearl Harbor the day the Japanese bombed the U.S. fleet.

"I remember we were scrubbing the deck that morning when we saw all of these planes moving in," Mills recalls. "We thought they were our planes on some kind of a maneuver. The first bomb that was dropped didn't seem to do anything. But the second one hit a building and we knew it was the real thing."

Mills, a pointer (one who moves a gun vertically) for a 5-inch anti-aircraft gun on the Pennsylvania, said he and the other men assigned to his gun ran quickly to their positions once they realized the attack was real. However, he explained that because the attack was a "total surprise," all of the ammunition was locked tightly in boxes.

"There was this one big guy in my group, he must have weighed about 220, who picked up a hose nozzle and beat on the lock of one of the boxes until he got it open. Then we started firing at the planes that were coming off Hickham Field."

Like most others who were there, Mills remembers the mass confusion in the harbor resulting from the surprise attack.

From his vantage point, Mills said he could see most of the bombs and torpedoes dropping in and around the harbor. He said he watched the U.S.S. Arizona, located across the harbor from the Pennsylvania, almost disintegrate after suffering several direct hits.

"Those men didn't even have a chance," he said. "We watched it (the Arizona) burn and explode through the night."

Mills' ship was also hit, killing about 20, including his gun captain who was below deck when the bomb dropped through the deck and exploded. Forty more sailors aboard the Pennsylvania were injured as a result of the strike.

"They said the attack lasted about two hours," Mills stated. "But it seemed like it lasted half a day to me."

Mills remained at his post for three days, he recalls, eating sandwiches, drinking coffee, taking cat naps and waiting for another attack. Most thought an invasion was imminent.

"My God, they sunk half the Navy, they had no reason not to invade," he said. "But they didn't, and it's probably the biggest mistake they ever made."

Mills was one of the lucky ones not killed or injured during the attack.

Mills served nearly five more years, most of it as a sea rescuer in the South Pacific, and said he came closer to being killed in those later years than he did at Pearl Harbor. But fate smiled on him.

Fate was not so kind to a close friend, also from Cape Girardeau, who had been aboard the Pennsylvania with Mills not long before the attack.

"Me and him were good buddies," Mills recalls, "with us both being from the same town. His name was Charley Buttons. He went to May Greene School and lived over on South Ellis, I think."

"Charley and I would always put in to go to China. We'd always put our names in together. Why we wanted to go to China I don't know. Then one day Charley came to me and he said, 'Is your name on the list?' His was and mine wasn't and he was assigned to a ship off the China coast.

"Of course, they bombed that area the same time they bombed Pearl Harbor and he was killed. I guess that's just the way things go."