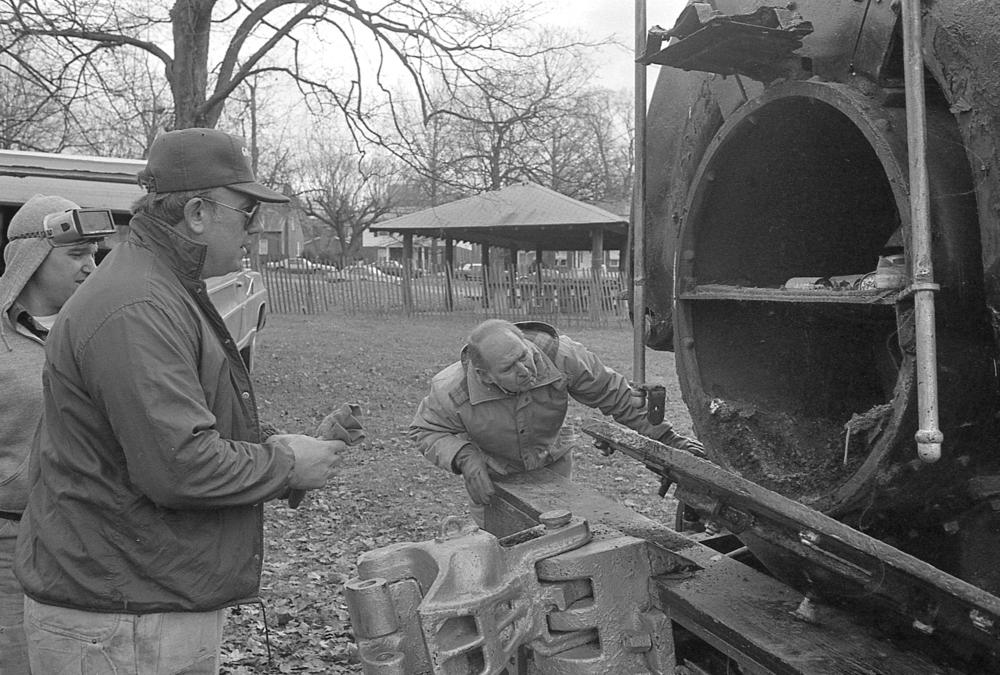 Above, Carl Koessel, one of the workers who will help with the asbestos removal, and Jack Richey, with United Thermal Industries of Marion, Illinois, look over the locomotive at Capaha Park before building the structure which will surround the locomotive during the actual asbestos removal. Below, Lenny Essner of the Local 1770 Carpenters Union removes parts of the old locomotive at Capaha Park in preparation for removal of the asbestos. Work began Tuesday morning and should be completed during the next two weeks. (Mark Sterkel photos) 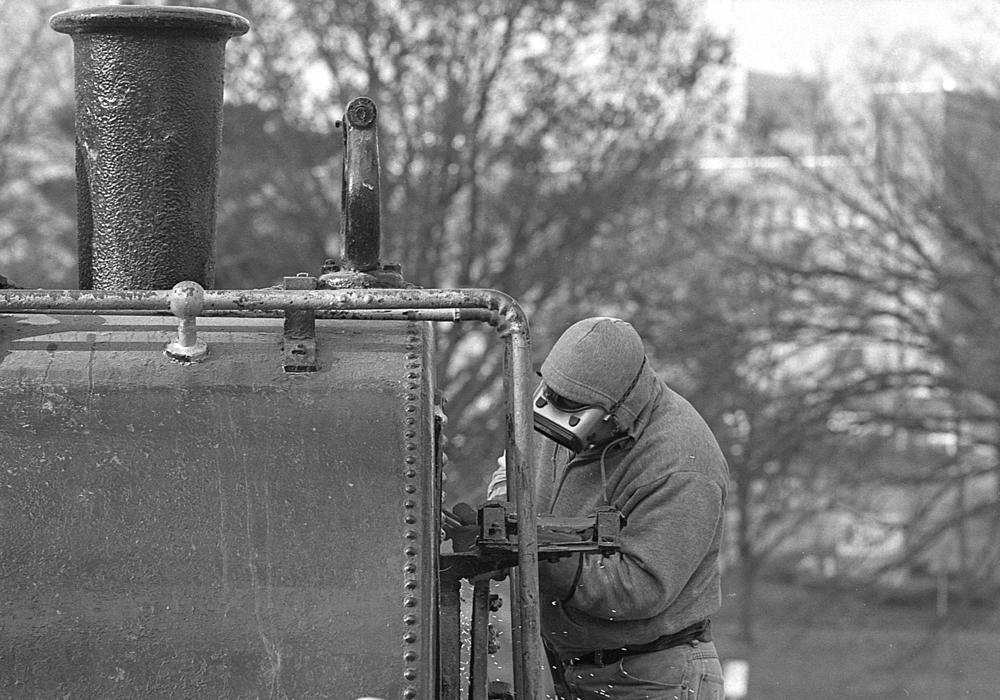 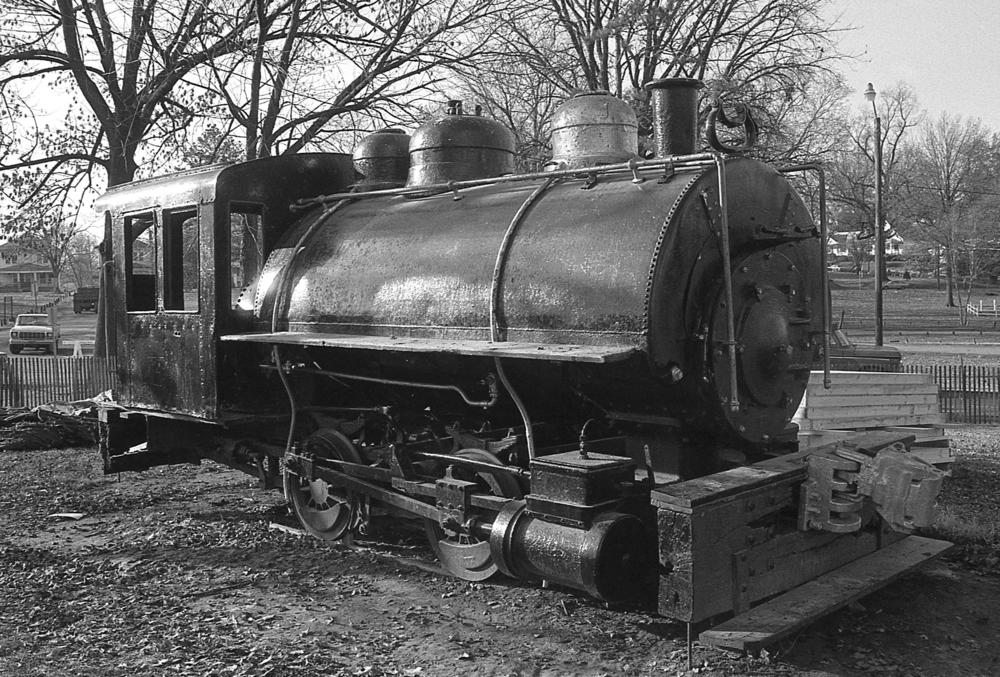 A community project to remove dangerous asbestos insulation from around the rusty boilers of the old steam locomotives at Capaha and Arena parks officially got under way today.

Richey met with members of the Southeast Missouri District Council of Carpenters this morning at Capaha Park to review plans for construction of temporary structures around the two train engines.

Following that, work began on removing some of the metal parts on the Capaha Park train engine prior to erection of a structure to enclose the area around the boiler where the asbestos will be removed.

The carpenters, who are volunteering their services, were scheduled to start erecting the temporary structures today, beginning at Capaha Park. The structures will be wood frame, covered with plastic, Richey said.

Actual removal of the asbestos is scheduled to begin Thursday with the work being done by several members of Laborers Local 1104 who have experience in that area, noted Richey. Like the carpenters, the laborers are volunteering their services.

In addition, Saint Francis Medical Center and Larron Laboratory of Cape Girardeau are donating their services for federally-required medical testing of the laborers handling the asbestos removal and air sample testing, respectively.

United Thermal Industries is serving as the sponsoring contractor and providing the necessary equipment for the asbestos removal, Richey said. The company will receive about $4,500 for its work, he noted.

The project is being financed with money raised by the "Save-the-Trains" committee, a volunteer group of civic and labor leaders.

The laborers who will be performing the asbestos removal work were slated to undergo chest x-rays and complete pulmonary function tests at Saint Francis Medical Center at 12:30 p.m. today.

Similar tests would be performed again once the work was completed, noted Peter Waleskowski, who, as director of the hospital's cardio-pulmonary services, is supervising the testing.

Asbestos, which was a common insulating material used in building construction between the mid-1940s and the late 1970s, is considered a major health hazard.

Asbestos fibers can be inhaled into the lungs and cause lung cancer, explained Waleskowski.

"These fibers can flake off even in a room over a period of time," he noted.

"We want to make sure that the city and the workers are protected," insisted Waleskowski.

In addition to all the testing and the requirement that the work be performed in an enclosed structure, workers removing the asbestos material must wear special suits, which completely cover them from head to foot, Richey said.

The workers must utilize "high efficiency filter respirators" to protect them from breathing in any asbestos fibers, he noted.

The suit is "kind of a paper-type suit that they wear over their regular clothing," Richey explained.

Asbestos removal also requires the use of a special fan unit which provides a "negative air flow" to keep asbestos dust particles from escaping into the air, he said.

The asbestos material will be placed in special bags and taken to an EPA-approved landfill where the bags must be covered with at least six inches of dirt within 24 hours, he said. Under federal regulations the particular spot where the bags are buried can never be used for waste disposal again.

United Thermal Industries normally disposes of asbestos at the privately-operated Allen Waste Management landfill in Southern Illinois. The asbestos removed from the steam engines will probably be buried at that landfill, according to Richey.

He estimated that it may require 80 to 100 bags to remove the asbestos material from both engines.

Workers removing the asbestos will go through a decontamination unit at the site, which involves removal of the special suits and a shower, before going home at the end of each day, Richey said.