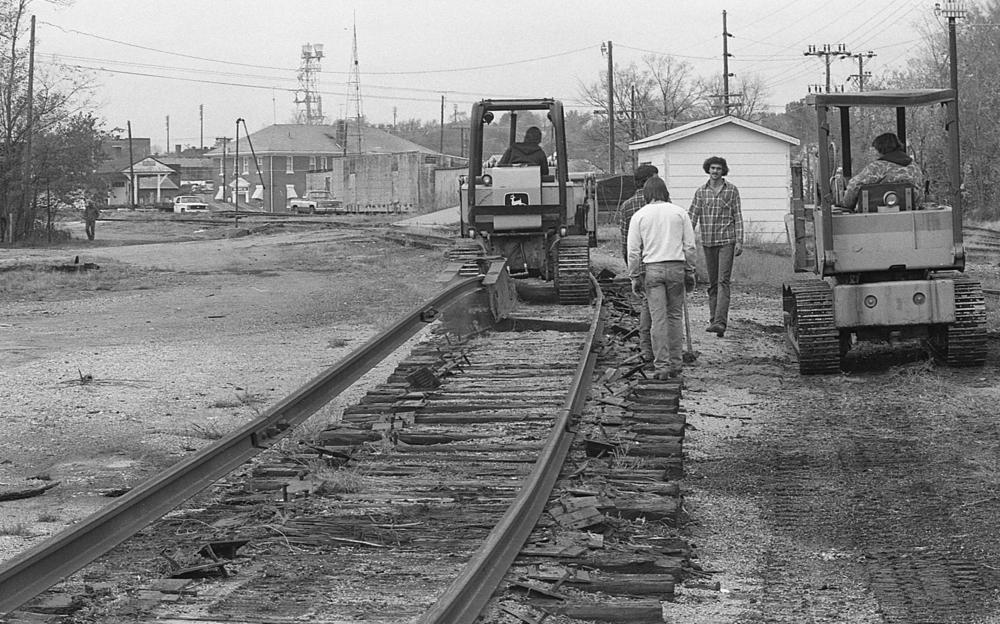 Removal of the Independence Street railroad tracks is underway in Cape Girardeau. The rail line, which runs partially down the middle of Independence Street, was abandoned last year. For years, it has created hazardous driving along that stretch of road. See story below. (David Hente photo) 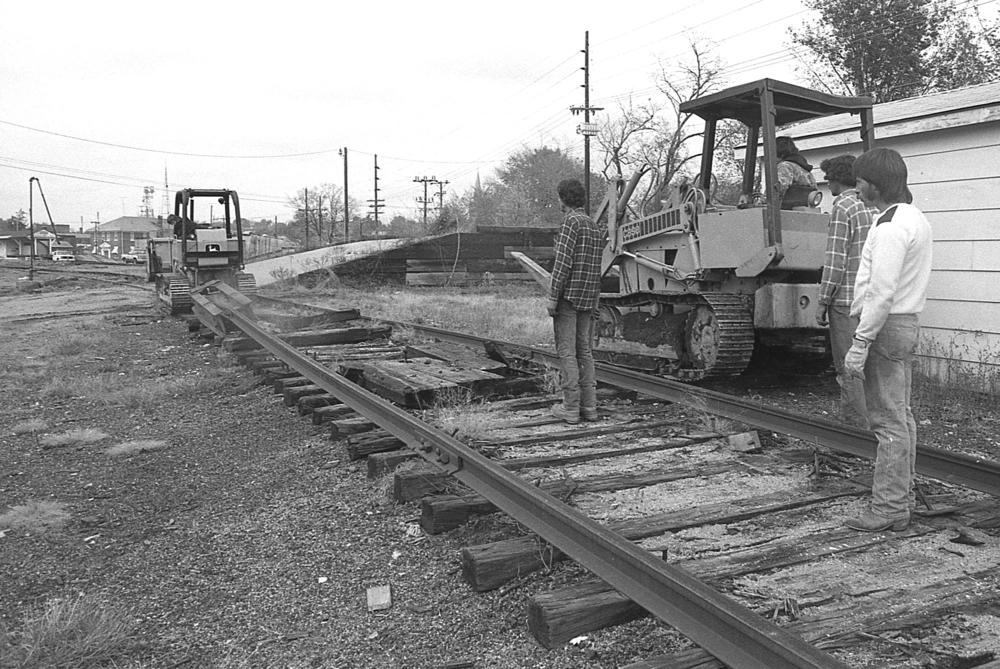 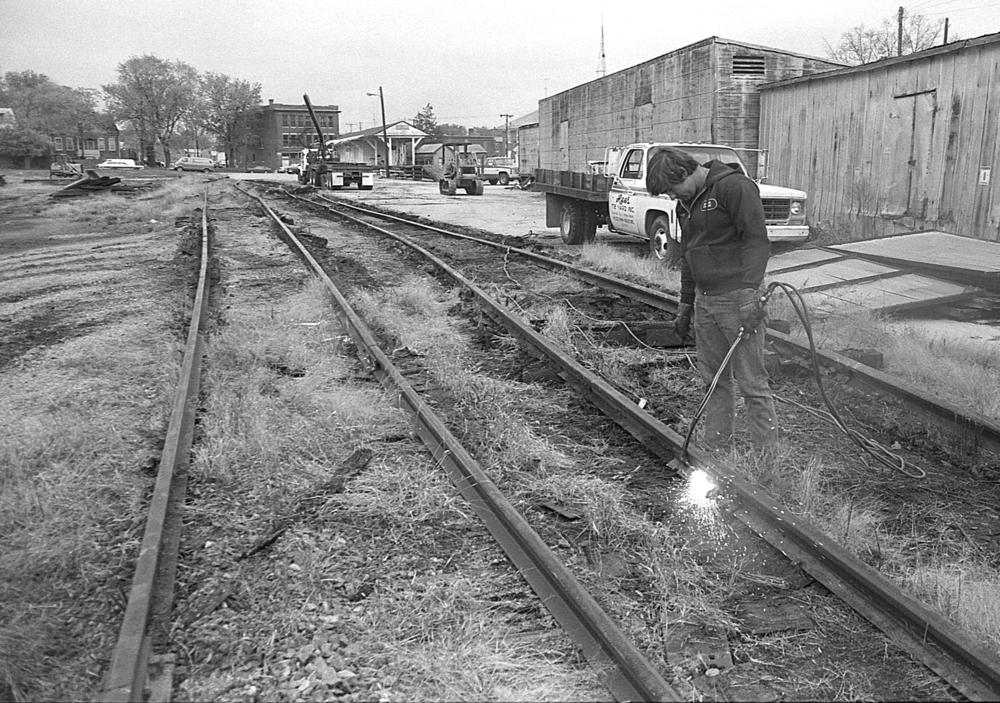 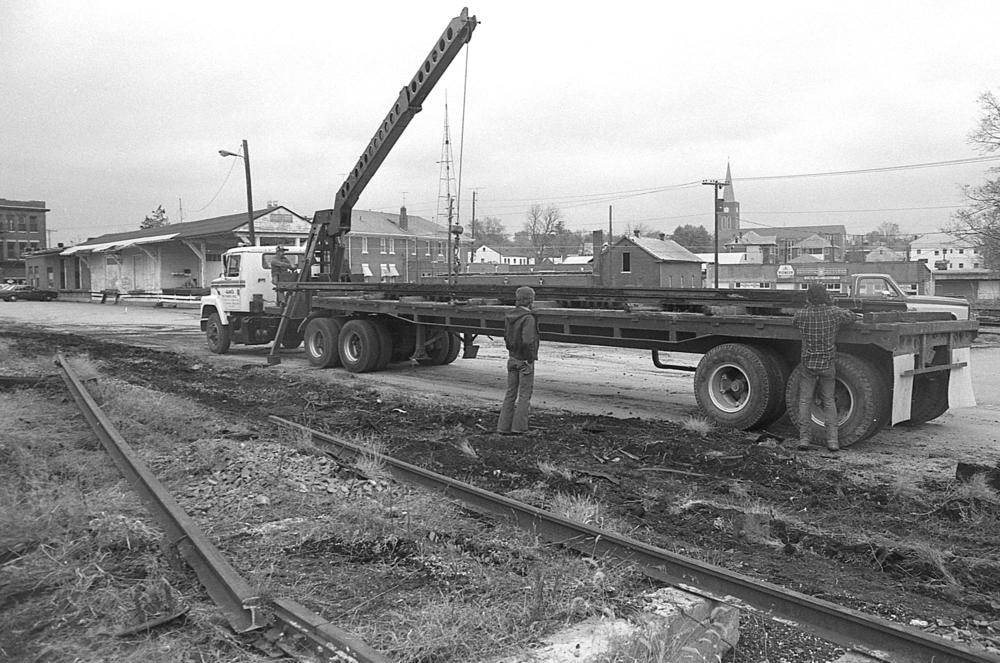 The long-awaited removal of the abandoned Missouri Pacific Railroad tracks in Cape Girardeau is underway.

Removal of the 3.3-mile section of track that was abandoned by the Union Pacific Systems in 1985 began on Wednesday, according to Kinsey Russell, assistant Cape Girardeau city engineer.

The work is being done under a $200,000 contract between the railroad and general contractor, Pavement Recycling of Cape Girardeau. The firm was the lowest of 12 bidders, a railroad spokesman in St. Louis said.

The Puxico firm will remove rails and ties along the railroad right-of-way adjoining private property.

A spokesman for Lee's Tie Yard said crews began tearing up the rails and removing the ties from the railroad's abandoned South Frederick Street switching yard, next to the old freight depot, Thursday morning.

Ann Campbell, vice president, said their portion of the work will probably take between 30 to 60 days to complete, depending on the weather.

Russell said workmen from Kelly Construction removed the rails and ties from the public crossing at Park Avenue on Wednesday, and were in the process of removing the Henderson Street crossing Thursday.

Russell said he did not know which way the sub-contractors will go after completing their work Thursday. He was not able to say when the removal of the rails and ties would begin on Independence Street.

However, Russell predicted the street will probably be restricted to one-lane traffic when the work does begin on Independence between Hanover and Frederick.

The project involves the removal of all rails and ties from the abandoned branch line crossover with the Burlington-Northern Railroad in South Cape westward to the end of track near Kingshighway. It includes the repair of streets and 17 rail crossings.

In addition to the rail and tie work on the streets and crossings, the contractor will also remove the Good Hope and Morgan Oak street overpasses, and fill the right-of-way with dirt to street level.

The project was delayed earlier this year after the railroad rejected the first bids on the project as being too high.