Thank-you messages to the Jackson Rotary Club were plentiful Thursday night when the new 10-acre lake in Jackson City Park was dedicated. The lake was built by the Rotarians at a cost of $11,000, and the crowd attending the ceremony heard Mayor Carlton Meyer and Mrs. Mysie Keene, Jackson Park Board chairman, express appreciation to the club. Dr. T. Wayne Lewis, club president, christened the lake, which will be stocked with fish next year and should be ready for anglers in 1979. Glen Boyd was chairman of the Rotary lake committee. 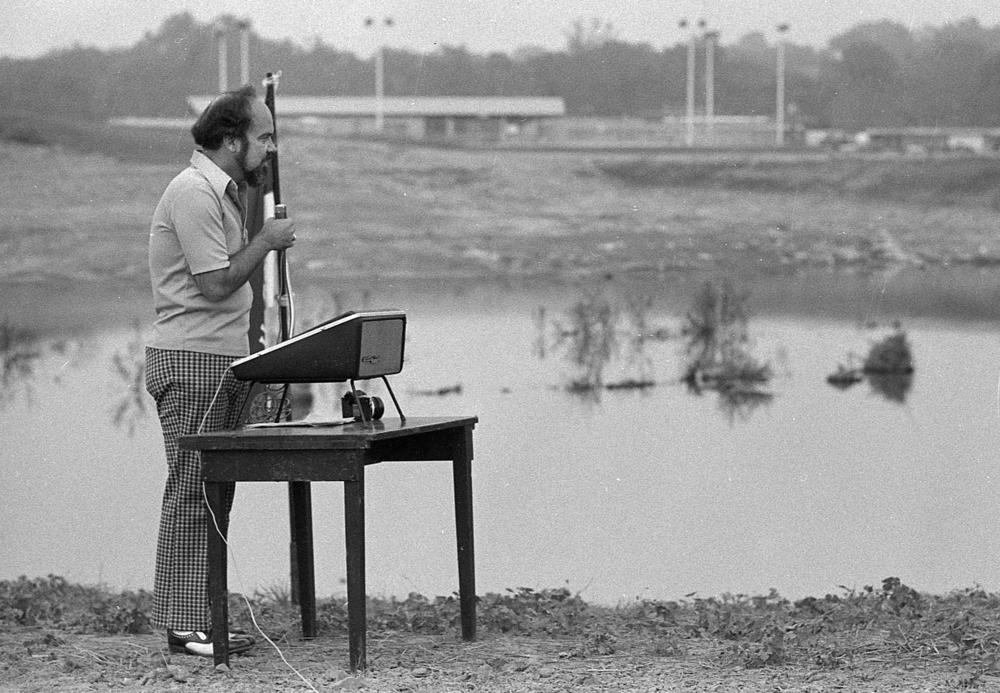 JACKSON - The new Rotary Lake in the expanded City Park will be dedicated Thursday night.

The Rev. Donald Slover, pastor of New McKendree United Methodist Church, will speak at the dedication ceremony at 7 p.m. on the west side of the lake.

The 10-acre lake, built at a cost of about $11,000 as a project of the Jackson Rotary Club, was completed this summer and is now slowly filling with water.

The lake will be stocked with fish and should be opened for fishing in about three years.

Sam Beggs, Terry Tomko and Mr. Slover are members of the dedication committee. Glen Boyel, who was instrumental in design and construction of the lake, is committee chairman and Arthur Deneke is in charge of design and implementation of the lake.

Free watermelon will be served following the program, expected to last about 30 minutes. In case of rain the ceremony will be held at the shelter next to the tennis courts.