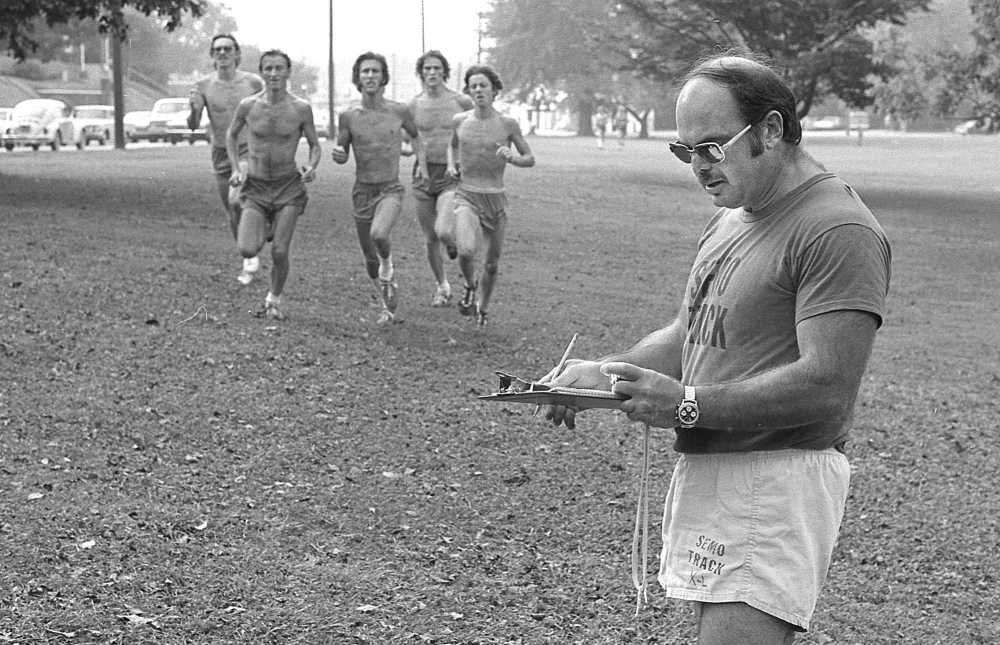 Rosengarten was a pioneer in Southeast Athletics

Marvin Rosengarten may have been the single most important force in ushering Southeast Missouri State University athletics into a new era.

Serving as athletic director at the university from 1979-89, Rosengarten was virtually a one-man gang. His fund-raising ability, commitment to excellence and tireless effort helped fill the athletic department's coffers and set the stage for Southeast's eventual transition from Division II to Division I status and entrance into the Ohio Valley Conference in 1991.

"As a former student-athlete at Southeast, I felt obligated to the players, coaches and people in the community to do the best I could to have the best possible programs," Rosengarten said.

Prior to Rosengarten, the university had only 16 MIAA championships.

In addition, Rosengarten, 70, played a large role in getting the Student Recreation Center and the Show Me Center built. Under his guidance, Southeast's booster club membership grew from about 200 to more than 1,000.

Rosengarten takes pride in the numerous team championships, the 225 athletes named to All-American teams and the coaches he hired, many still at Southeast, during his years as athletic director at the university.

"I'm also proud that through my St. Louis area coaching connections, we were able to bring in athletes like Walter Smallwood, the first black scholarship athlete at Southeast," Rosengarten, a graduate of Soldan High School in St. Louis, said.

Rosengarten arrived in Cape Girardeau in the fall of 1949, when he enrolled at the university, then named Southeast Missouri State Teachers College. But his education and football career were interrupted by a two-year tour in the U.S. Marine Corps. He returned to Southeast in 1952, resumed his playing career and graduated in 1954.

Before returning to his alma mater in 1964, Rosengarten coached football and track at Sikeston High School and became the first coach to win both large-school state track and football championships in Arizona high school history.

He won the football title at Yuma High School in 1959, then led Washington High School of Phoenix to a track championship in 1964.

Back at Southeast, Rosengarten served as assistant football and head track coach until he gave up the football job to concentrate exclusively on track and cross country in 1968.

In his 17-year stay, Southeast became a track power in the MIAA, dethroning perennial champion Northeast Missouri State at Kirksville while winning 15 team titles in 22 years.

Upon his retirement in December 1990 as athletic director, Rosengarten worked 2 1/2 years building the athletic development department at the university, which oversees booster activities and fundraising, and now serves on the board of the Southeast Missouri University Foundation.

Residing in his hometown of St. Louis, Rosengarten has assisted coaching Marquette High School's track team for the past nine years and runs a speed camp during the summer for young football and soccer athletes.

"Between July and February," he said, "I just relax."

The Rosengarten Athletic Complex at Southeast Missouri State University was dedicated in January, 1994.