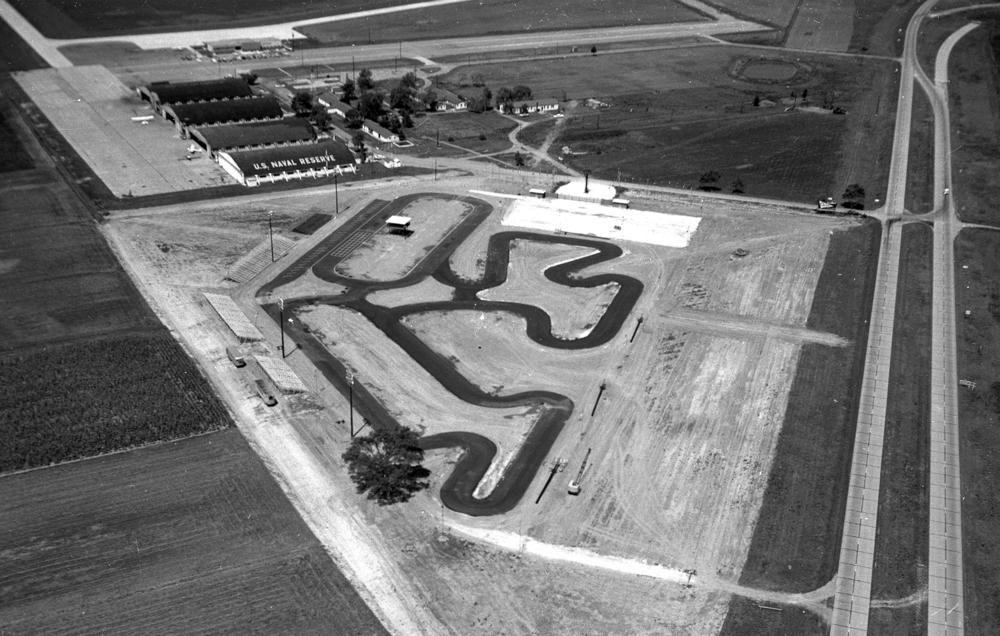 World champion go-kart racing on this track near Municipal Airport will take place this week sponsored by The World's International Kart Association. It is one of the most outstanding kart tracks in the nation. (G.D. Fronabarger photo) More photos below.

America is known for its fads and crazes, such as the Davy Crockett whiz of a few years back, the hula hoops and short shorts, but once in a while one of these commercially-spread romps sticks around to become a respectable custom.

Such is go-karting which began in 1956 when a California mechanic, Art Ingels, connected a 2 1/2-horsepower motor, similar to one found on common power lawnmowers, to a simple tubular chassis via a drive chain and started buzzing around the countryside.

Other mechanics, hearing about the simple-constructed racer, built their own. A national magazine also heard about the new "sport," picked up a story on the fun machines and gave them the name of go-karts, once used by the makers of a baby buggy.

The name stuck and so did the sport. Following the magazine article, several California businessmen saw the commercial possibilities ahead in karting and organized the Go-Kart Manufacturing Co. The Carettas company came next, followed by many more. There are over 100,000 karts in the U.S. today, according to Kart magazine, and they are just beginning to hit Europe.

A few karts appeared in Cape Girardeau in 1958-59, but it wasn't until the summer of 1960 that the sport really hit the town on an organized basis.

Corresponding with the fantastic nationwide growth, three go-kart tracks have appeared here within a year's time, one of the racing grounds, The World's International Kart Association's track, being billed throughout the Midwest as one of the fastest in the world.

The track, which is located near the Municipal Airport, will be site of the TWIKA-sponsored world's karting championship races, "The Rose Stakes," Aug. 21-27.

Cape also has its share of fans. Representative of these are Don Mullen, 28, and Bill Boren, 19.

Mullen said he started racing last August after reading articles about go-karts and then trying out karts several times at the Elmer Luehring track on Highway 61 North.

After racing for several months on a Sears kart, Mullen said he built and designed a kart of his own with help from a friend, Eddie Campbell.

Mullen said he gets a terrific amount of thrills out of driving a kart and enjoys the mechanical work. Although he races regularly at Sikeston, Murray, Kentucky and House Springs, he said that karting is more of a hobby to him than anything else.

Boren, who owns a "Hell" model kart, says he likes racing for the sport and has more fun competing with his friends than with anyone else.

Like many karting enthusiasts, Boren works at a service station and maintains an avid mechanical interest. He noted karts can require a lot of mechanical attention and that his dad, Wilbur Boren--like a lot of dads--enjoys tinkering with them.

Most karting enthusiasts seem to agree the small-car racing will stick as a sport. Many amateurs may perhaps enter the sport and find it too troublesome--mechanical-wise--but there is a hard core of fans which should keep the sport alive for years ahead.

Perhaps the best advantage karting has over other sports is that it is cheap. Prices range from $137.50 up, depending on what type of kart and how fancy a model that is wanted.

A known fact is that karting appeals to more adults than children. An arbitrary age for an "average" karter would be about 28, but people from 6 to 99 can enjoy the sport.

Unless one is an avid mechanical fan, it would probably be cheaper and much less troublesome to buy a kart than to build one. There are more than 100 companies in the United States which build karts, most of them being very competitive. It is even more economical to "weld your own" since kart assembly kits can be purchased at a much reduced price.

Two karting clubs, Go-Kart Club of America (GCKA) and the United States Karting Association (USKA) have previously been organized to promote and support karting, but the new World's International Karting Association (TWIKA), which makes its headquarters here, may very well take over the lead in the promotion of the sport.

Speeds of up to 70 miles per hour can be reached on a kart. On well-kept tracks, under supervised conditions, accidents are few and injuries uncommon when all safety precautions have been taken.

Most karting tracks are being built outside cities or in secluded areas because of the noise. Go-Kart engines sound similar to a high-powered motor boat that has developed a misfire.

Perhaps one local citizen gave the best description of the phenomenal growth of the sport, when he explained how he got started in it. "I went to the track just as an observer the first time. It looked like fun so I tried it, then I tried it again--and again. The sport really grows on you." 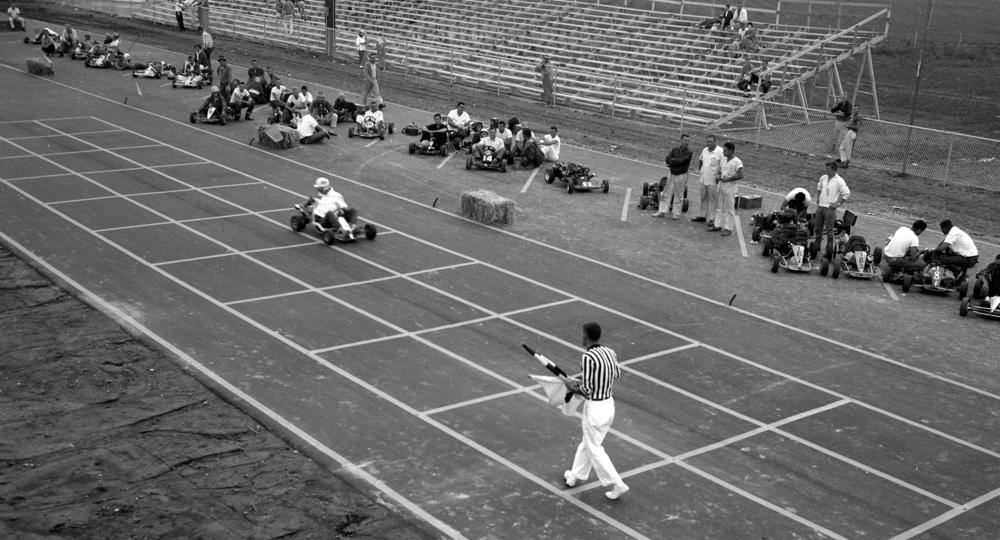 Swift action by go-karts and drivers from all over the nation thrilled spectators at the TWIKA Speedway Thursday as the Rose Stakes finally began after two days of delay by rain. This speeding racer in the time trials adjusts his motor in a final jaunt before the clock started as other karters sit on the sideline ready for their turns on the track. 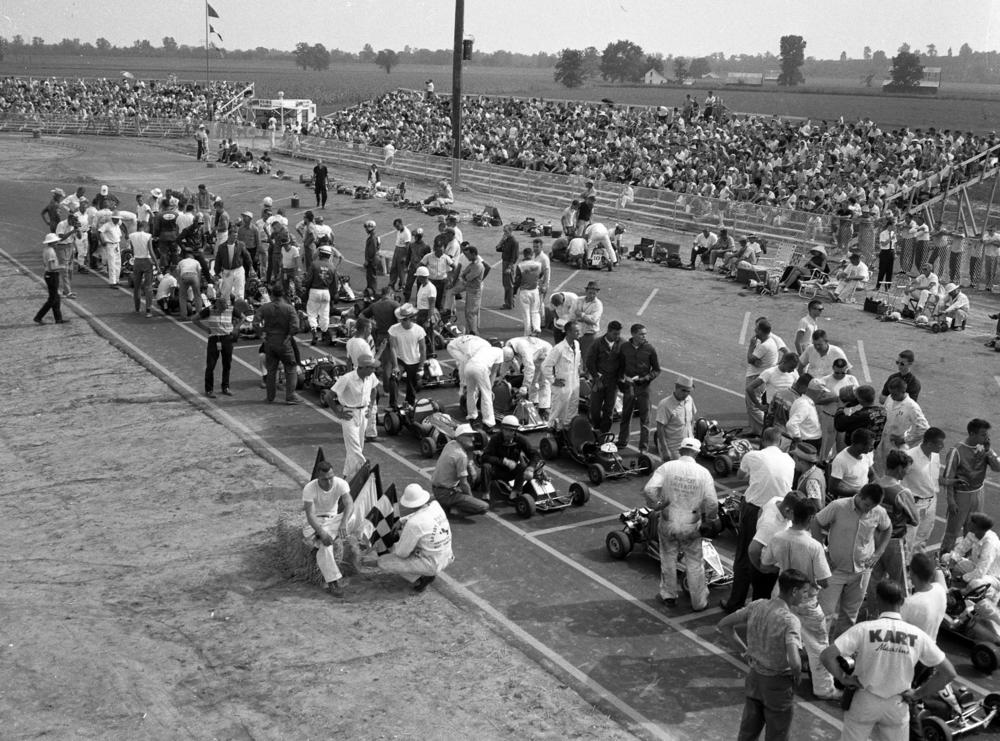 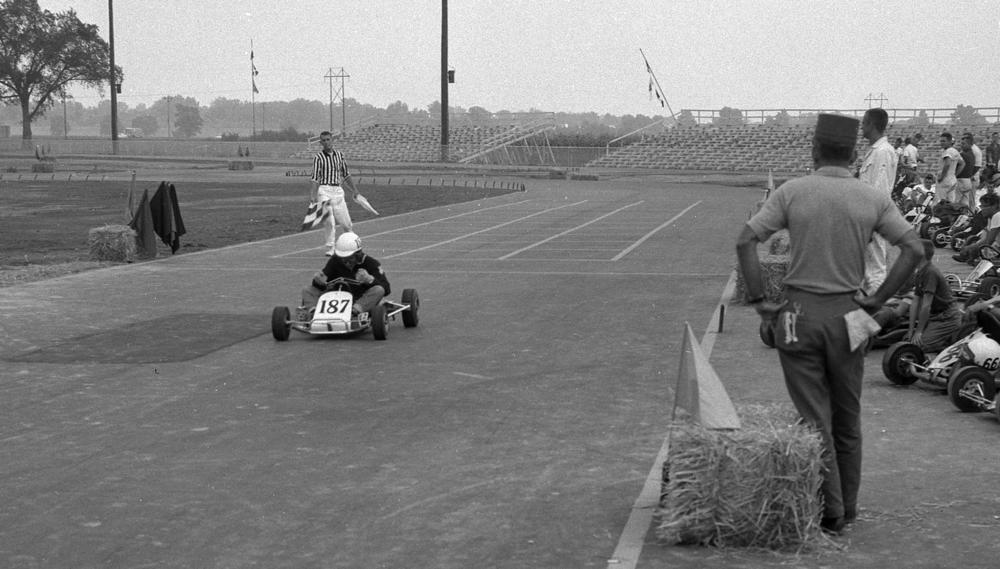 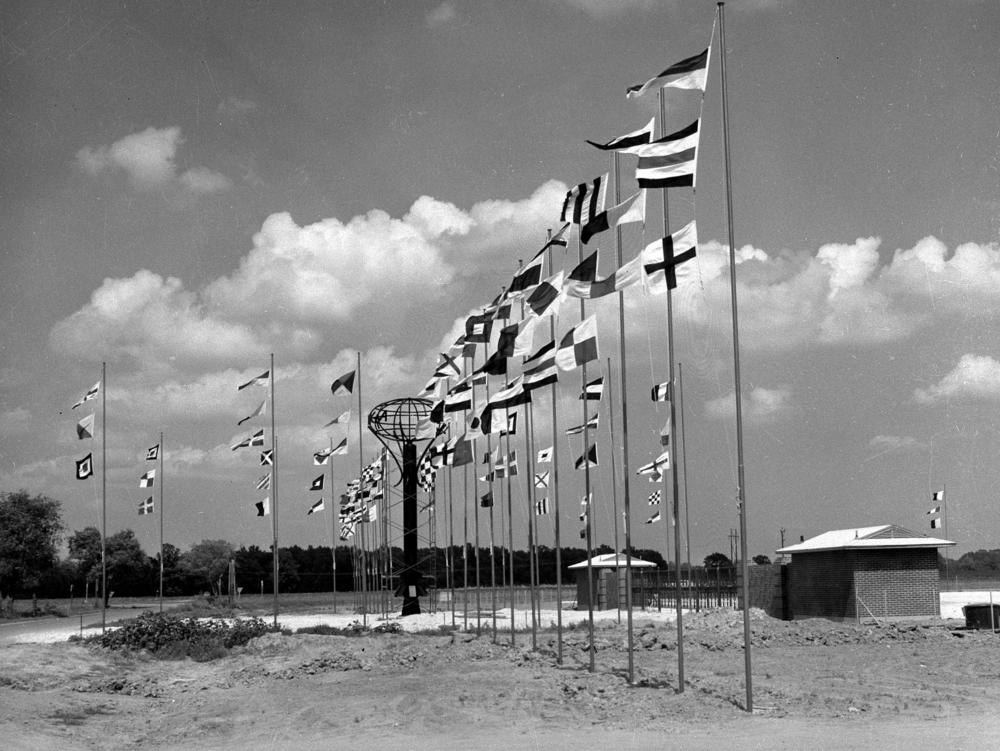 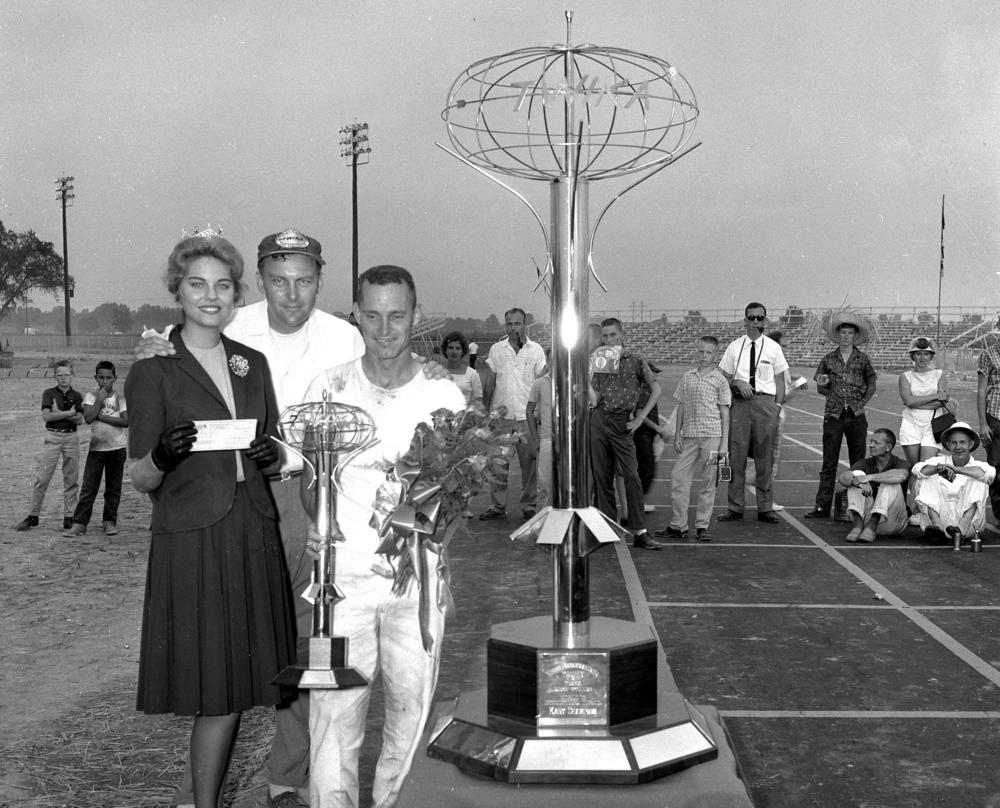 It noted that there were two other karting organizations claiming their races decide the world championship, one of them at Nassau in the Bahama Islands.

The Jan. 10, 1963 Southeast Missourian reported the TWIKA properties were sold.

The Dec. 5, 1967 Southeast Missourian reported the Cape Girardeau Municipal Airport Board recommended that the go-kart track be abandoned.

The track was in the construction area and was originally scheduled for landscaping in the Federal Aviation Agency's over-all plan.

After hearing a report from airport supervisors that go-karts have been a hazard to aviation at times in the past, members approved the motion unanimously.