Fellow blogger Sharon Sanders told the story behind the 27-foot fiberglass statue of an American Indian that was installed above the entrance to Houck Stadium on August 4, 1981. (See photos of the installation below.) The statue remained there until the summer of 1991.

Fiberglass giant has been gone 25 years

But where did the statue come from?

As noted in the blog above, it had stood at The War Drum Restaurant in Sikeston, Missouri. The restaurant was part of a tourist attraction, The Indian Trading Post, owned by Paul Eakins. He later donated the fiberglass Indian statue to Southeast Missouri State University.

Eakins became known as the man who restored antique mechanical musical instruments and band organs in the 1950s. He exhibited them in the Million-Dollar Museum of Musical Automation at his Gay 90s Village in Sikeston. In 1966, he moved the collection to downtown St. Louis to the renamed Gay 90s Melody Museum. It closed in the early 1970s. According to the website, bandorganmusic.com, Eakins' legacy lives on through family members who are selling the music he recorded from the musical machines. Eakins sold the bulk of his collection to Walt Disney World in the late 1970s.

Eakins exhibited his band organs at the New York World's Fair and state fairs, as well as on television.

Many photos of Paul Eakins may be viewed in this online photo album.

The Rescues of the "Madam Laura" Band Organ 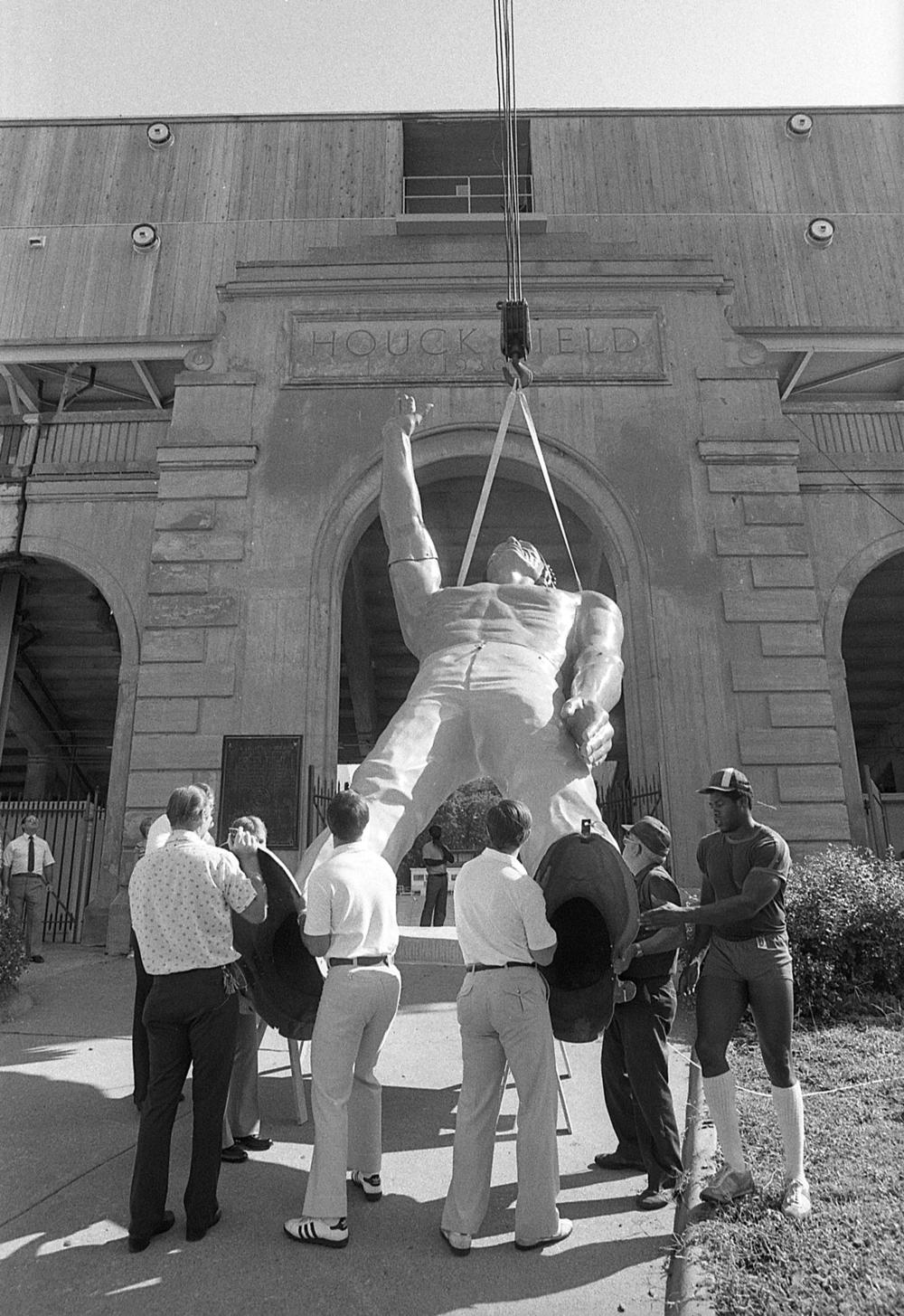 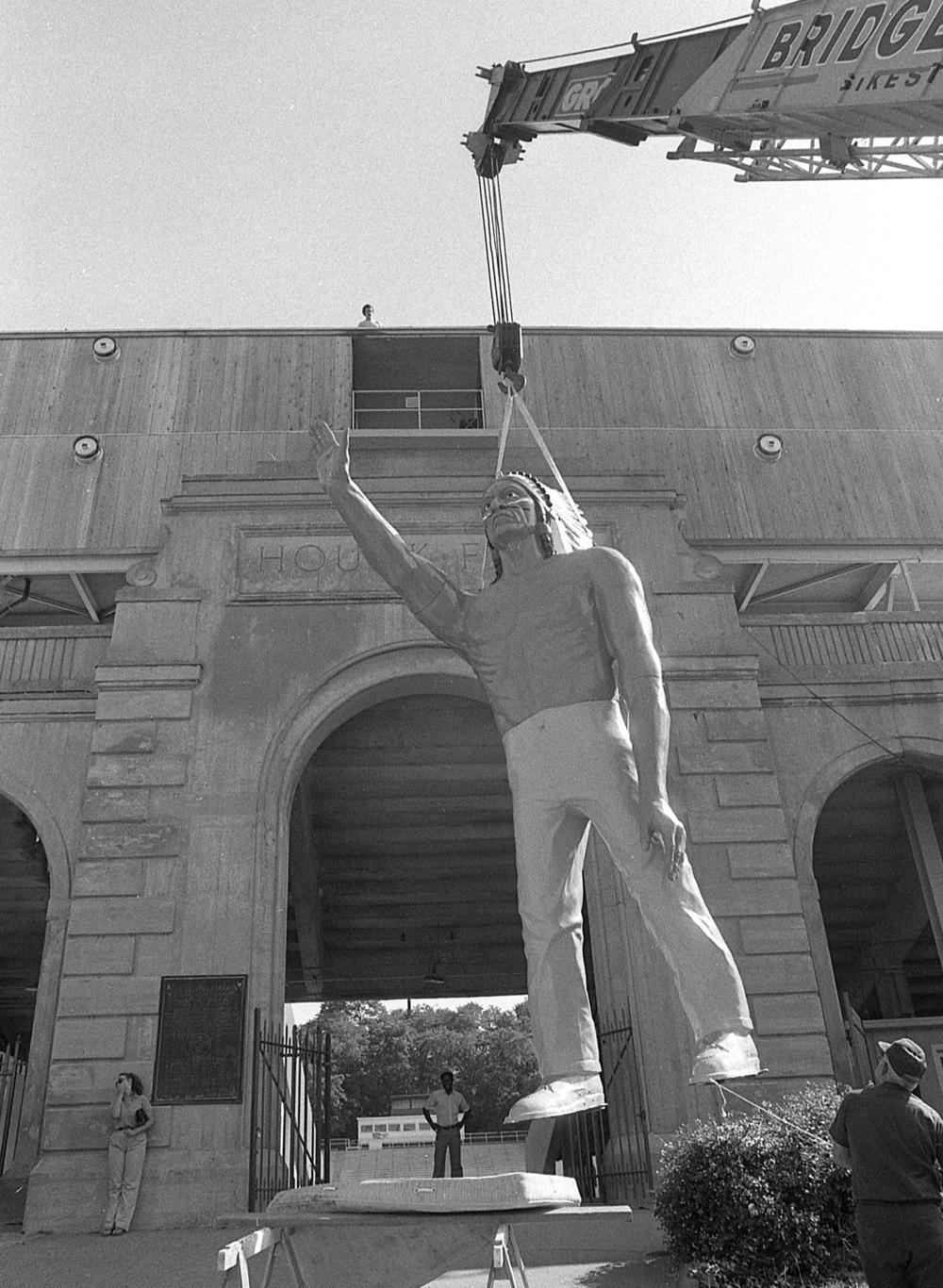 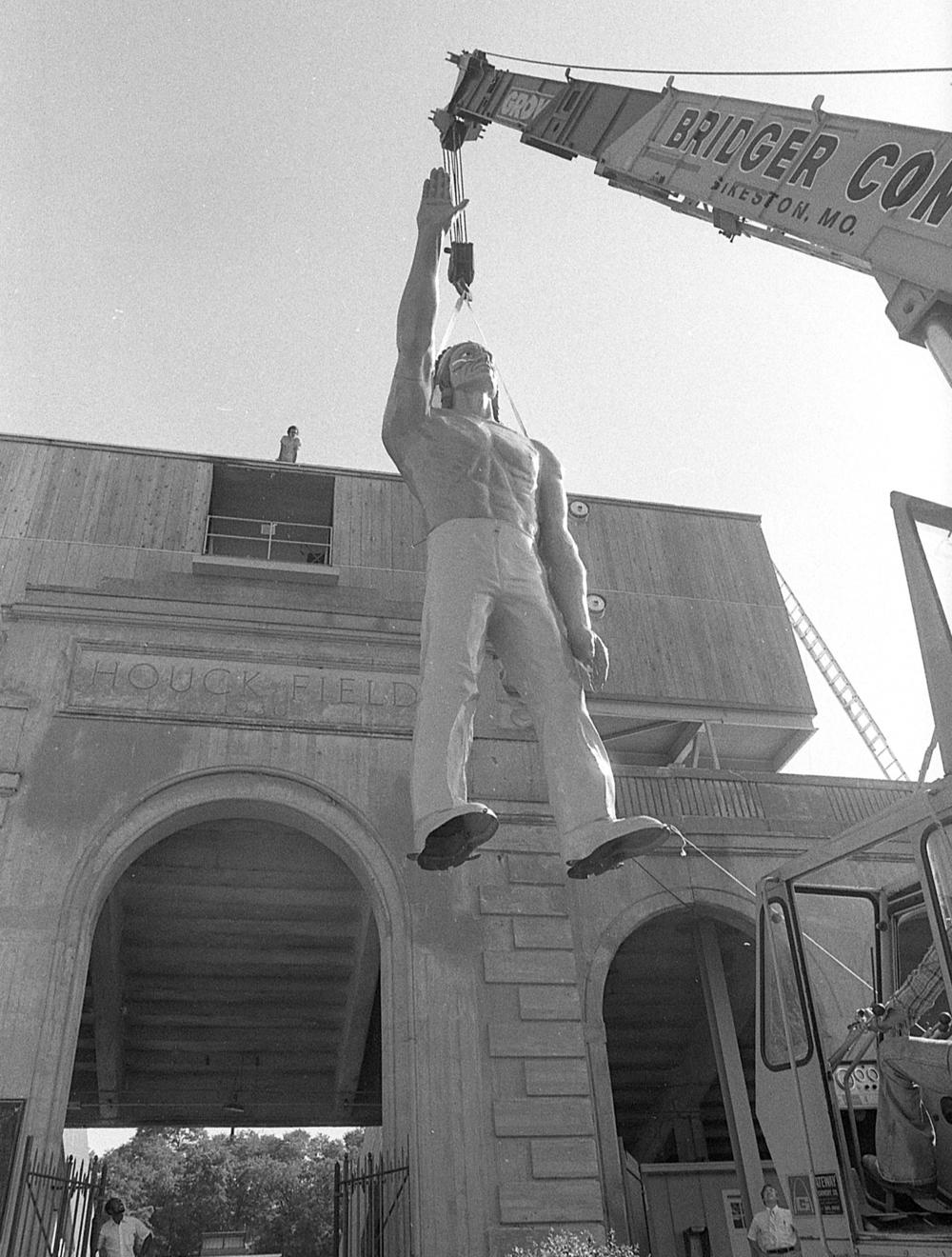 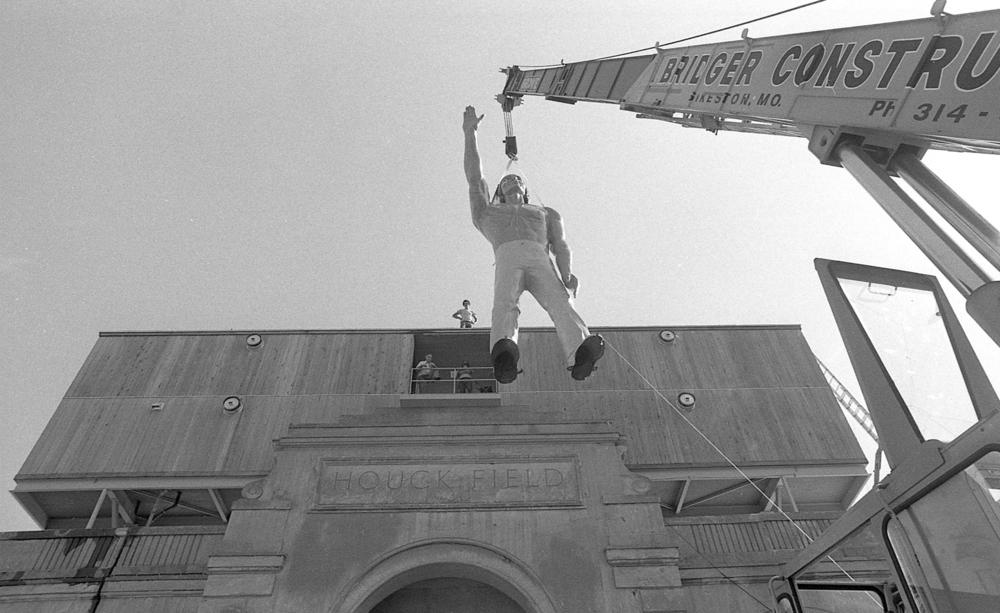 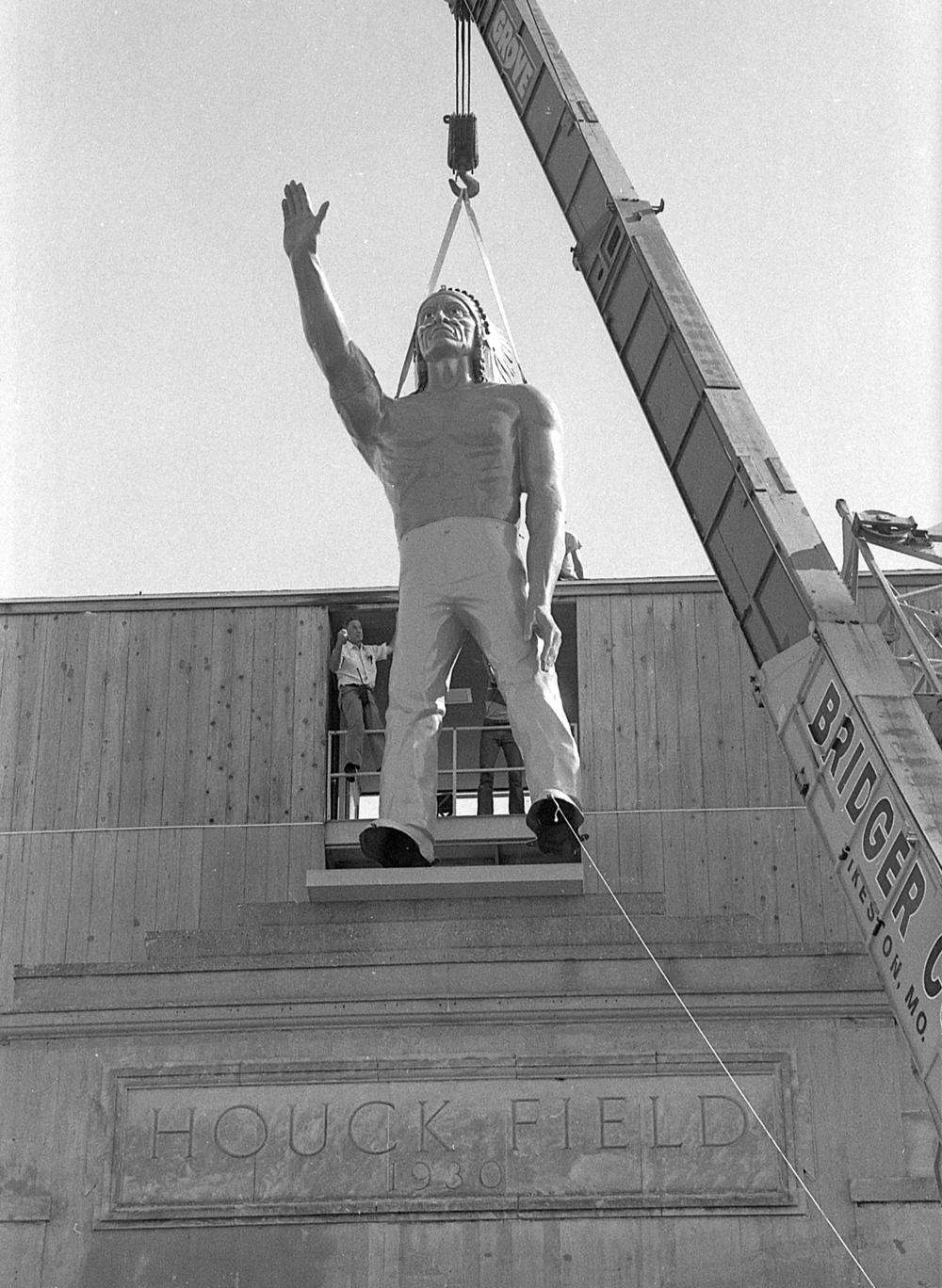 A crane lowers a 27-foot fiberglass Indian into place at Houck Stadium this morning. The structure had been previously displayed at Sikeston. (Fred Lynch photos)