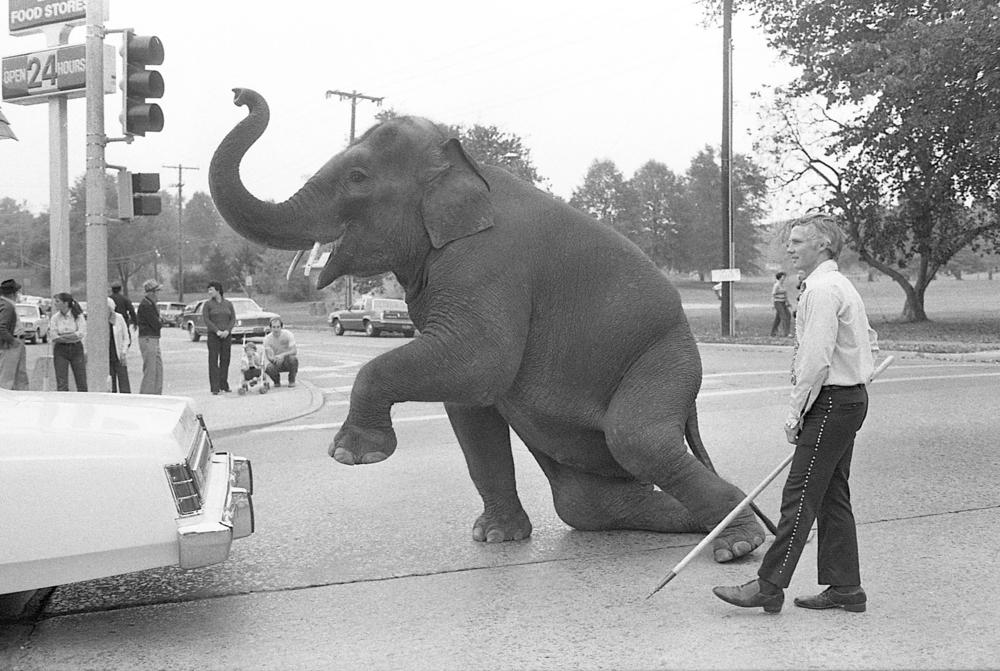 The Franzen Brothers Circus came to Cape Girardeau Saturday, kicking off with an old-fashioned parade from Capaha Park to Arena Park. Above, an elephant performs for onlookers along Broadway at the urging of trainer Wayne Franzen. Below, Justin Cannon, the six-year-old son of Mr. and Mrs. Bob Cannon, is greeted by one of the many friendly clowns who took part in the parade. The circus was sponsored by the Cape Girardeau Shrine Club, whose members walked in the parade with a camel. (Fred Lynch photos) 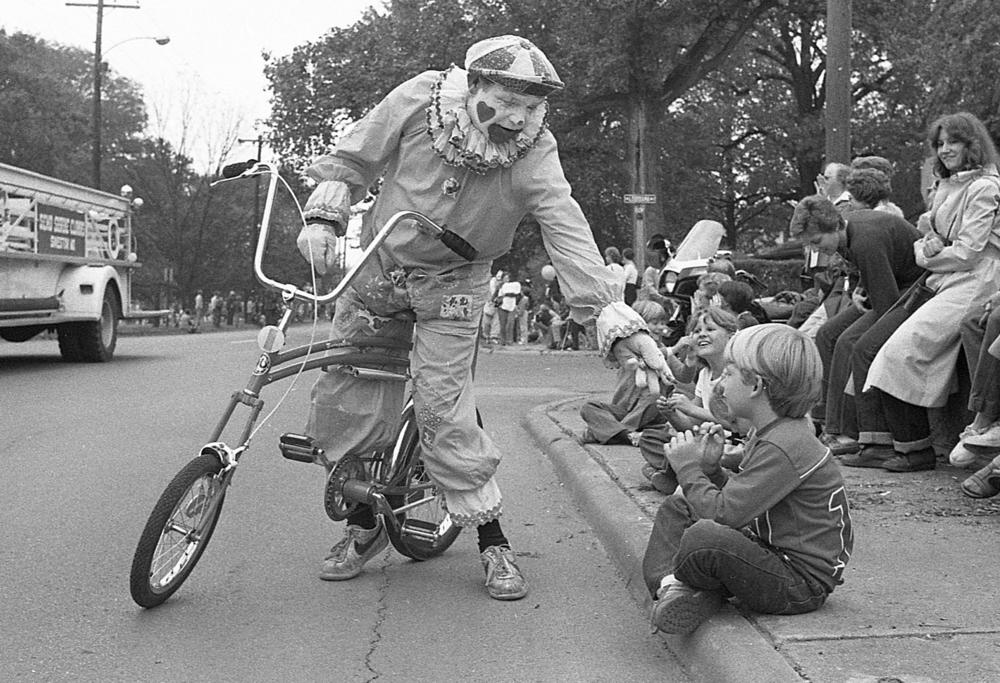 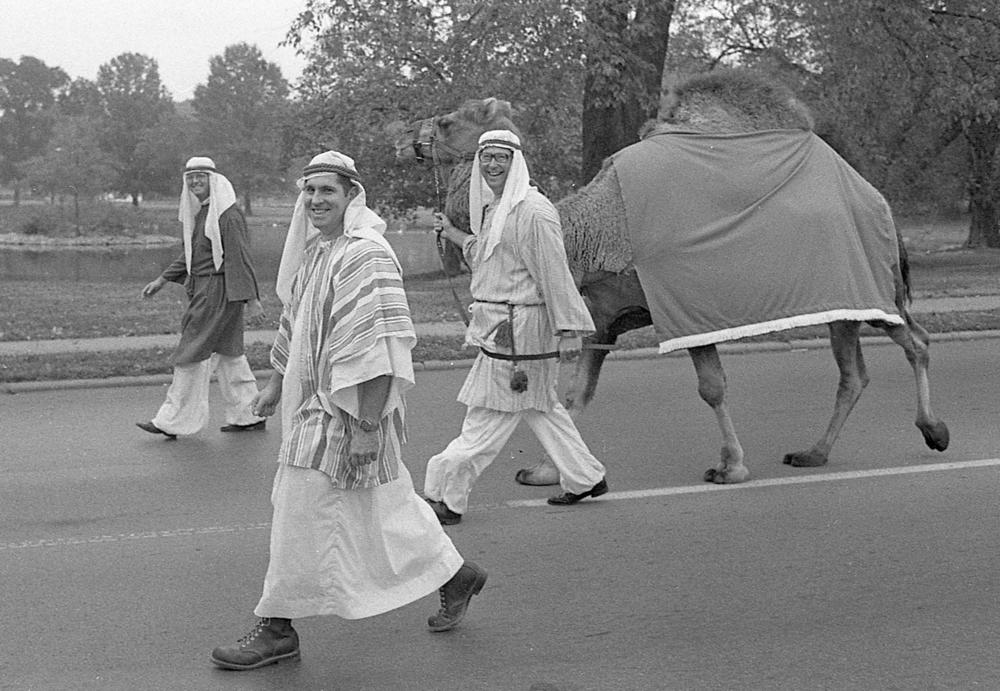