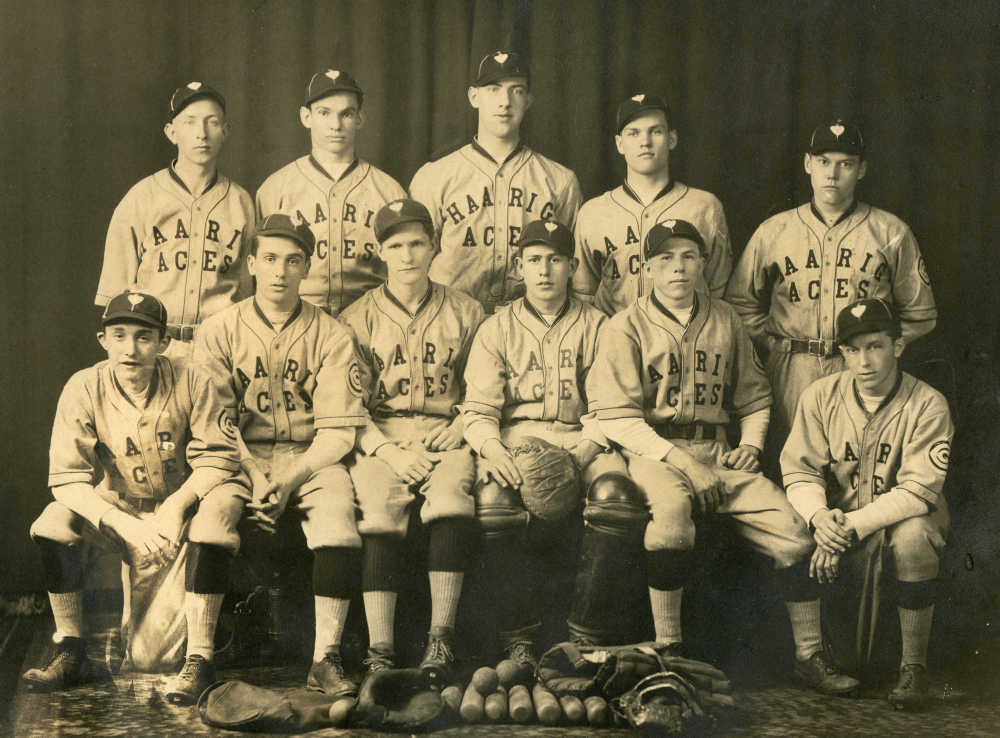 Shown in this picture made back in 1923 or so are some of the members of the original Haarig Aces, who are planning their first official reunion tonight at 7:30 at the Idan-Ha Hotel Rainbow Room. The Aces played baseball wherever they found it, but were best known for their performances in the former Municipal League, a twilight loop that flourished for 10 years, beginning in 1925. Shown in the picture, from left, front row: Bill Turlin, Paul Mansfield, Guy Schwettman, Jack Hunter, Duke Hopper, Tom Hill; back row: John Reiker, James Lynch, William Vandeven, Ralph Beatty, Bud Cambron. Not present when picture was taken were Wilbur Masters, John Davis, Hershel Hargraves, Russell Young, Ed Henson and Eddie Mayhew.

A photograph, in remarkably good state of preservation, of the original Haarig Aces, sparkling young ball club which formerly functioned in the Municipal League, has been uncovered in a cleanup at The Missourian.

It shows, among others, Bill Turlin, Jack Hunter, Red Swetman and Buddy Cambron, at a more tender age than now.

The picture is at the sports desk, and will be given to the first member of the team that calls at the office.

Carolyn Clayton brought this sepia-toned photograph to us which has been in her family for many years. Her father, Bud Cambron, played with the Haarig Aces.

The print may be the original photograph that was found in the Southeast Missourian office in 1935.

Cambron also played on the Cape Aces baseball team. A photograph of the team may be viewed in this previous blog: