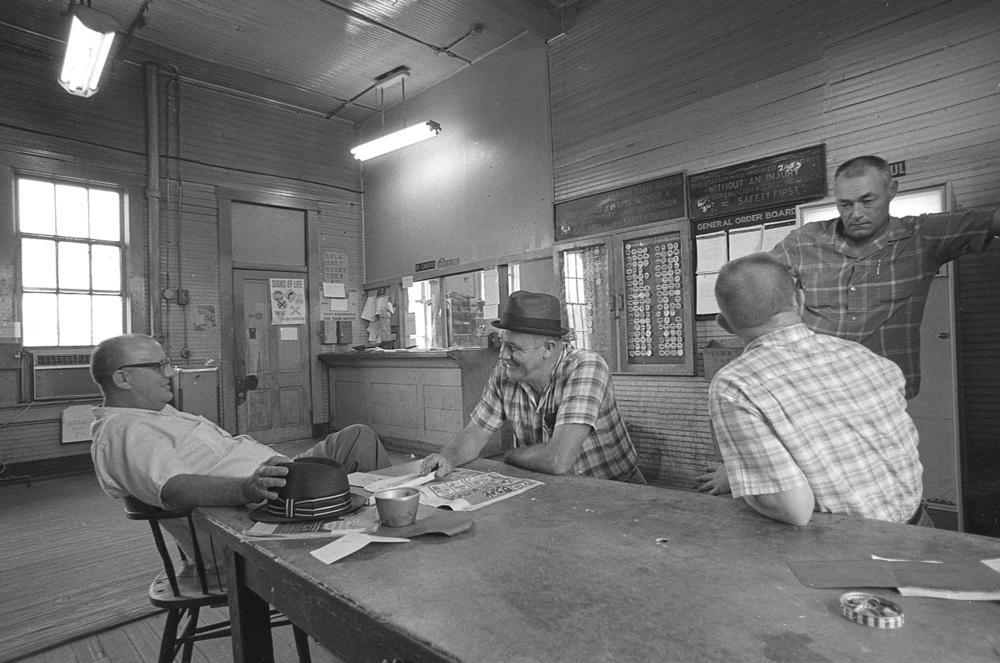 Railroad employees relax in the crew-change depot in Illmo, Missouri in August, 1971. Below, 30-year railroad veteran F.E. Welsh has just returned from a run to Jonesboro, Arkansas, and is busy shutting down his powerful diesel engine. (Stephen Robertson photos) Editor's note: The depot no longer exists. See link below. 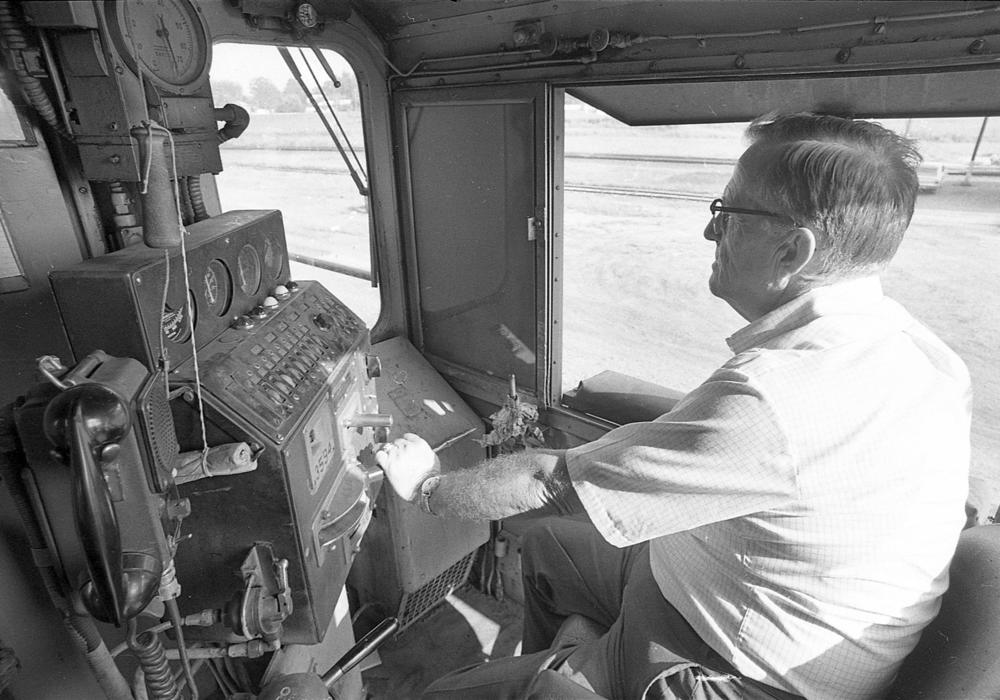 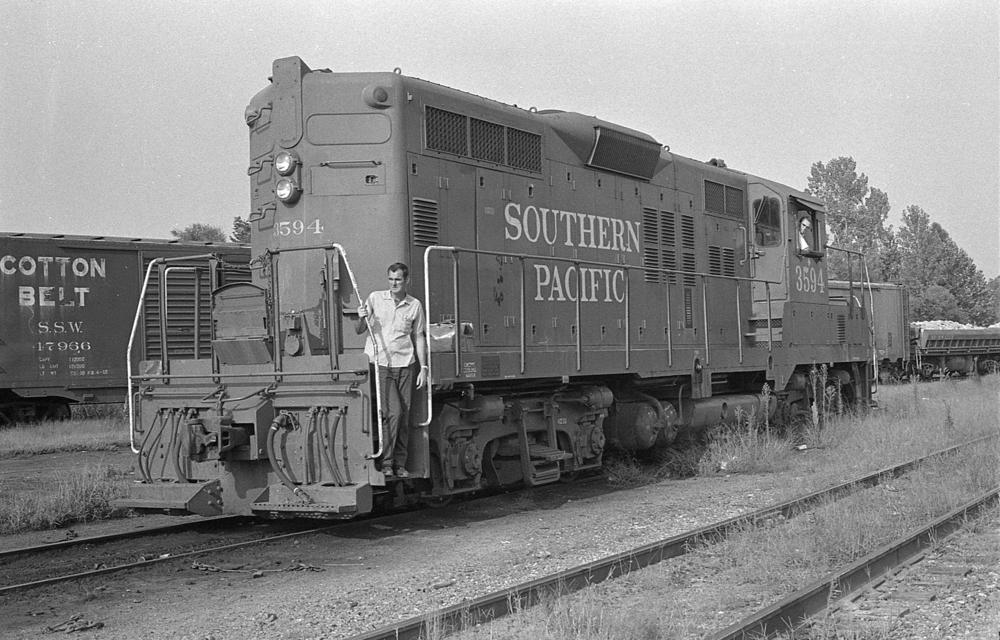 ILLMO--According to Robert Sidney Douglass' History of Southeast Missouri, published in 1912, Illmo owes its existence to the building of the Thebes bridge and the consequent construction of the St. Louis, Southwestern Railway to this bridge. Today this old railroad town is the site of the Southern Pacific's crew-change depot and car storage yard.

One lifelong resident of Illmo, Harold Humphreys, owner of Harold's Grocery on Second street, speaks of Gray's Point on the Mississippi River as the original site of the community. With the coming of the railroad, Illmo was moved to its present location eight miles south of Cape Girardeau and two miles from the river in 1904 and incorporated in 1905.

Illmo, with a population of 1,232, has long been half of a "twin city" complex with Scott City, the rapidly-growing community which is literally "across the tracks." Some feel it is inevitable that the towns will one day unite. But as a vote a few years ago in Illmo, the older community, shows, such a consolidation is not in the plans for the immediate future.

The town is involved in farming, but it is felt that this is not the primary industry here. Illmo's proximity to Cape Girardeau does provide some employment, but the town is also equipped to provide for its own labor force. Ely Walker has been a long-time employer and a producer of jeans, overalls, ladies' shorts and other products.

The West Lake Quarry, located nearby on the bank of the Mississippi, is a big producer of rock and limestone, the latter product being important to area farmers. The river is the natural "highway" to move the heavy cargoes of rock. The loading of huge barges goes on daily and can be watched from a boat on the river.

Presently under construction in the north end of town is a handsome new housing project which will accommodate elderly and low-income families. There will be 24 and six units respectively. The Brown Construction Co. of Dexter is building the complex at a cost of about $500,000.

Why do the residents of Illmo like the town? As one put it, "Everybody is so friendly. When you need something, friends and neighbors are always ready to help--that you don't find in a big town."