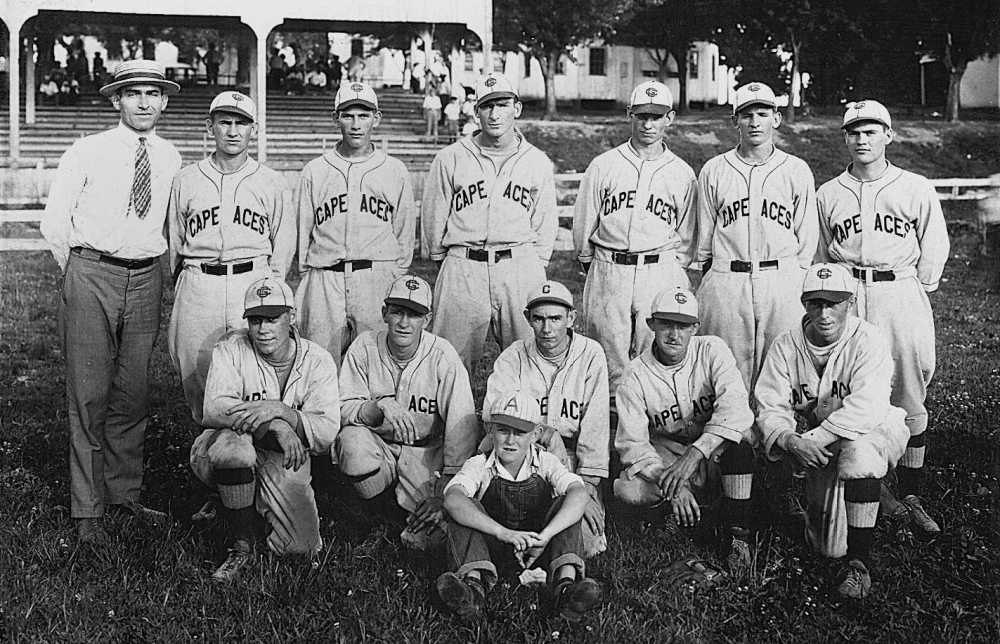 Yes, baseball fans, there was a Cape Aces team in Cape Girardeau.

St. Louis may be the consummate baseball town today, but Cape Girardeau has long been noted for its baseball teams.

The Cape Capahas have been around what seems like--and happily so--forever. The Caps observed a century of baseball in Cape Girardeau in 1994.

At one time the Caps were the only "semi-pro" baseball team in the city. Its roster included many players heading for the professional ranks or those on the way down.

But, from 1926 to 1936, the Cape Girardeau Municipal League consisted of six to eight teams, such as the Haarig Aces, the Shells, the Teachers, Internationals, Franklins, Marquettes, Cape Aces and the Cape Capahas.

Cape Girardeau was "spring training" home to the St. Louis Browns during the World War II years. And, while the Browns were training here, the St. Louis Cardinals trained at nearby Cairo, Ill. The two teams would up in the World Series in 1943.

"The guys took their baseball seriously," said Lora Lee Aikers, an ardent baseball fan who identified a couple of players in a recent baseball team photograph that appeared on the Faces & Places page of the Southeast Missourian.

The 1930s-era team photograph was provided to the Missourian by sports fan Larry Kitchen, who was hoping for identification of the players.

Carolyn Clayton of Scott City, Mo., said her father, Bud Cambron, was in the picture, along with Guy Schwettman.

Jackie Givens said her dad played for the Cape Aces in the early 1950s.

Meanwhile, Elizabeth Mueller of Cape Girardeau provided the complete team information. Mueller's father, James Lynch, was included in the picture, third from right in the back row.

Indications are that there will be a big crowd at Fairground Park Sunday afternoon when the Cape Aces will pry off the 1926 baseball lid. They are to clash with a strong collection of local baseball talent under the direction of Al Blattner, and an interesting combat is looked for in the opening frolic of the season on a Cape diamond.

Schwettman and Lynch are ready to do the hurling for the Aces, while Blattner's Colts have Vandeven and Schack in line for hurling duty.

The game will start at 3 o'clock and the admission charge will be 35 cents.