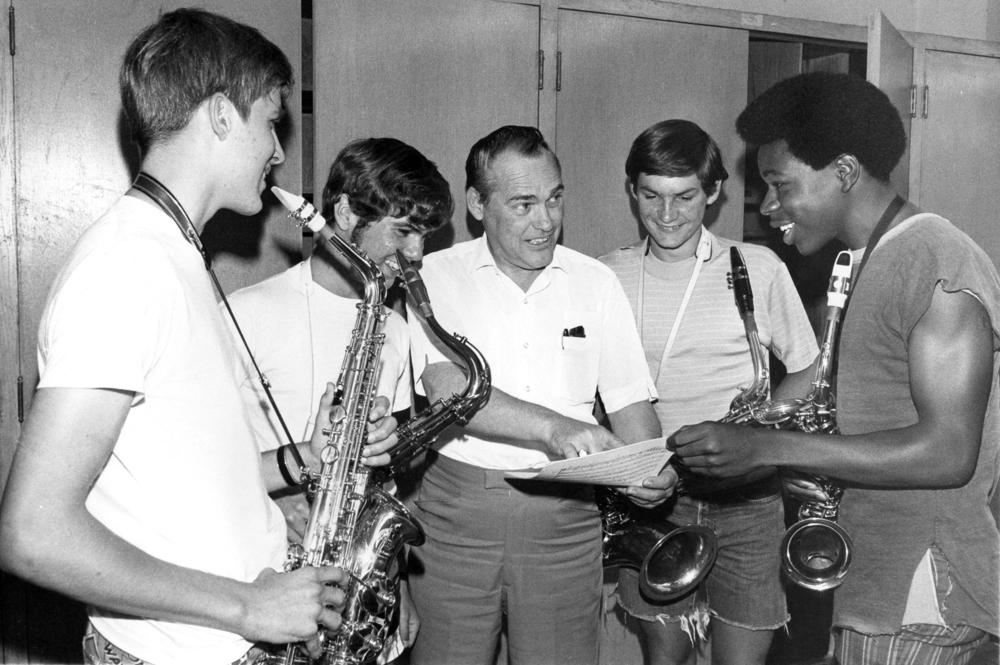 "The closer it gets, the more excited the boys are," says Bill Ewing, director of the Central High School Stage Band, about the band's upcoming coeducational 32-day European music tour.

And with just about 24 hours left until departure, the excitement is turning into a full concerto. Mr. Ewing and his 16 band members are scheduled to leave at 11 Wednesday night via chartered bus for Kansas City. There they will board an airplane Thursday morning bound for London, England, first stop on the tour.

"We're running about $5,000 behind so far as what we'd hoped to have by this date," Mr. Ewing commented. "But all signals are 'go' for the trip." The remainder of the $17,000 needed for the excursion will be raised next year by band appearances, including one at the Nov. 13 Heritage Ball.

Plenty of free time has been allotted in each of the six countries included on the tour, Mr. Ewing said. Band members will have scheduled rehearsal times and will present concerts in several major European cities, including London and Paris.

Matching dinner jackets have been rented for the concerts because "Europeans always go by uniform," Mr. Ewing explained.

Orientation tours of each city visited will acquaint the young men with major points of interest. Cultural lectures on art, architecture and history will also be given.

Highlights of their stay in London will include visits to Buckingham Palace, Westminster Abbey, the Tower of London, two London stage plays and British museums.

While in the Paris vicinity, the group will visit Rheims, France and see the 700-year-old Gothic cathedral where the German capitulation was signed on May 7, 1945. They will also see Versailles and will be entertained with a mayor's reception their last day in Paris.

Traveling through Germany, band members will see both the beauty and horror of its history--castles of Bavarian kings and concentration camps of World War II.

A full day excursion to Salzburg, Austria, the city of Mozart, will include sightseeing in the area where the motion picture, "The Sound of Music," was filmed.

While the band is in Switzerland, an optional trip to Rome, Italy is available. Band members are especially looking forward to their stay in Switzerland, Mr. Ewing said, where the tempo will be relaxed and where they will enjoy folklore and fondue high in the Alps. 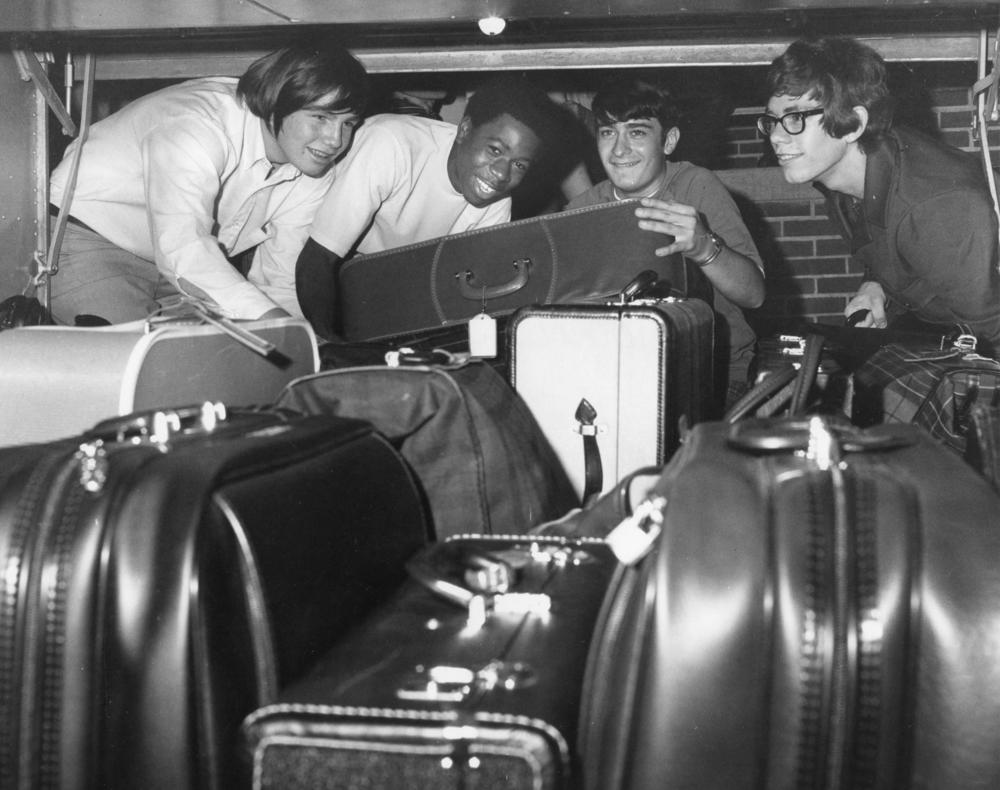 Central High School Stage Band members make room for one more piece of luggage as they load a chartered bus that took them to Kansas City Wednesday night, where they left this morning for London. From the left are Eddie Keys, Don Wilson, David Upchurch and Mark Hill. The load of baggage and boys went smoothly, but one item was forgotten. Shortly after the bus pulled away from Central High School parking lot, it stopped, interior lights blinked on and out came band director Bill Ewing. He had forgotten the group's airplane tickets. That rectified, they were off for their 32-day coeducational music tour of Europe. (Steve Robertson photos) 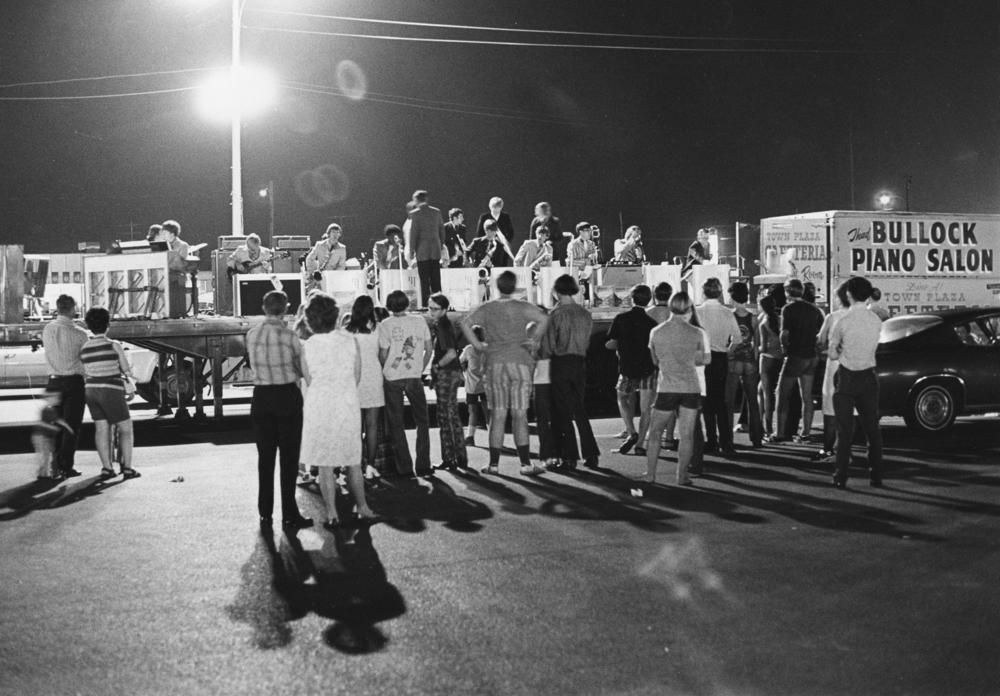 A crowd gathered at Town Plaza Friday night to listen to the 16-piece Central High School Stage Band play during the shopping center's 11th anniversary observance. Directed by Bill Ewing, the band performed tunes it played during its recent European tour. The anniversary celebration ends tonight with a square dance from 7 to 9.