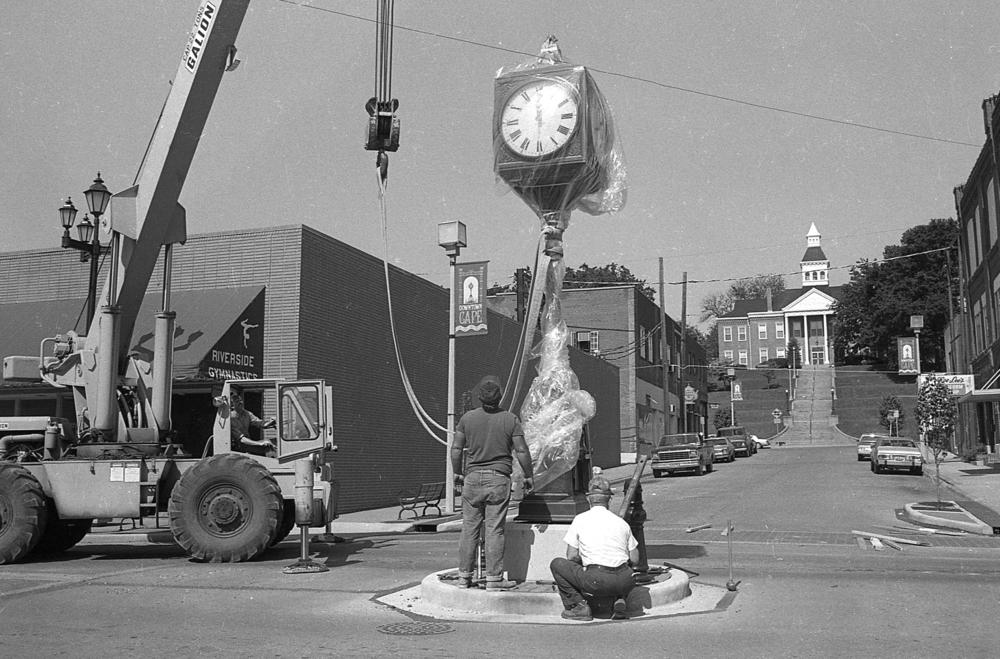 An old-fashioned style street clock is put into place in the middle of the Themis and Main streets intersection this morning. The $25,000 clock is the centerpiece of Cape Girardeau's downtown redevelopment effort and a part of a $75,000 remodeling of the intersection. The project is part of an overall redevelopment plan that stresses the 19th century architecture of downtown buildings. 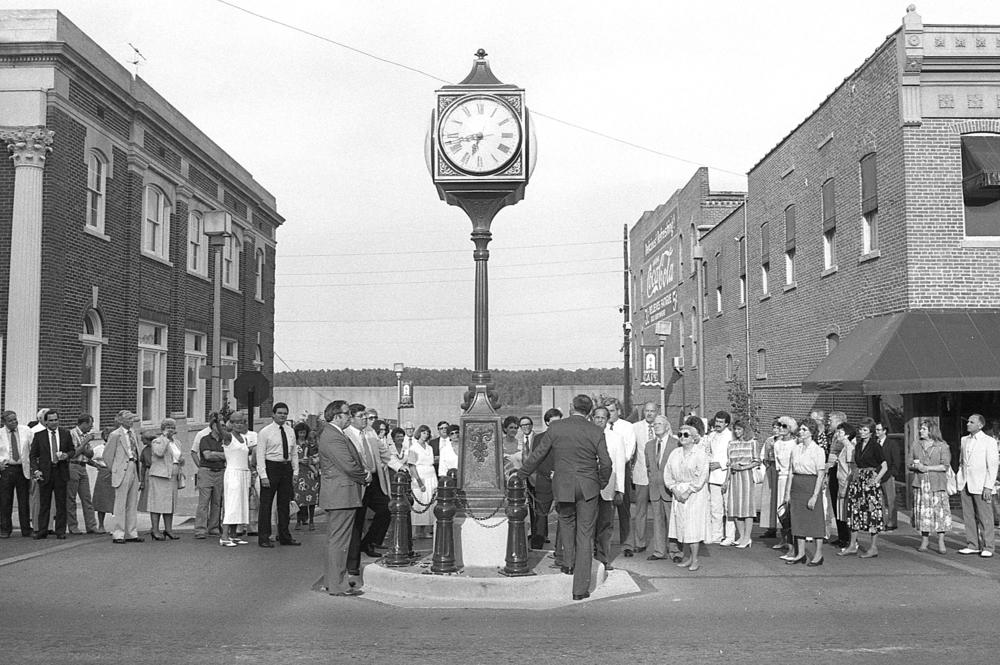 The newest addition to downtown Cape Girardeau's on-going redevelopment is the old-fashioned clock at the intersection of Main and Themis streets, and Thursday afternoon it was officially dedicated in special ceremonies led by Cape Girardeau Mayor Gene Rhodes. Above, a crowd of downtown merchants and Cape Girardeau residents gather around the timepiece. Below, Rhodes does his mayoral duties and "christens" the clock with a bottle of champagne. (Fred Lynch photos)

A century ago, the first downtown clock was on the Sturdivant Bank. 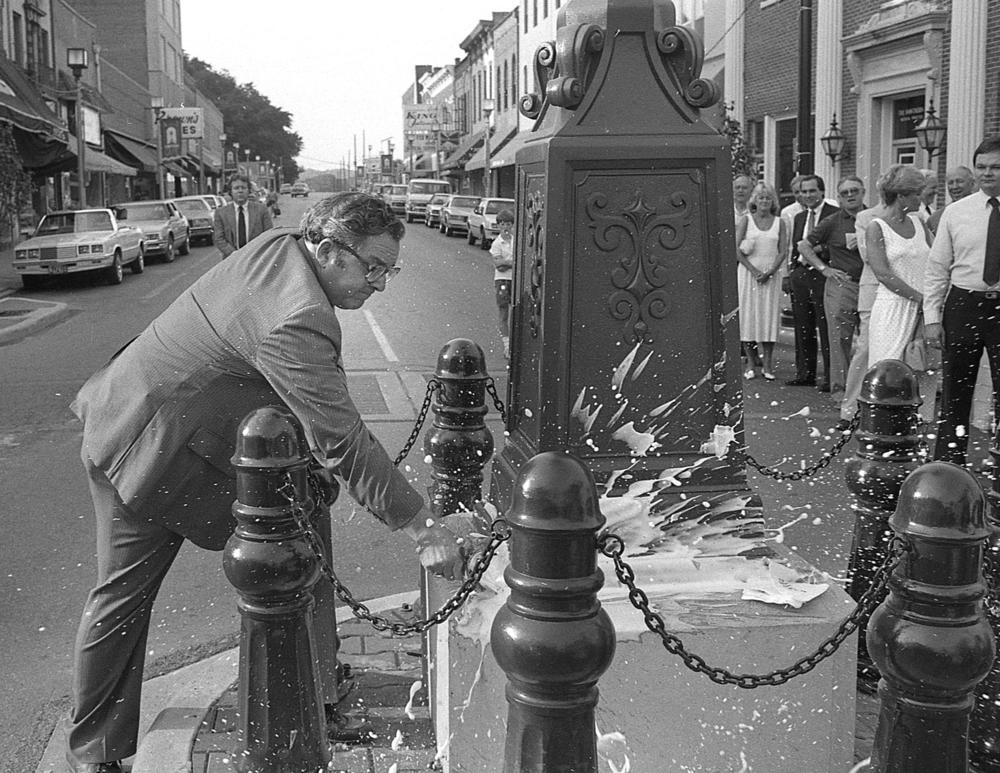