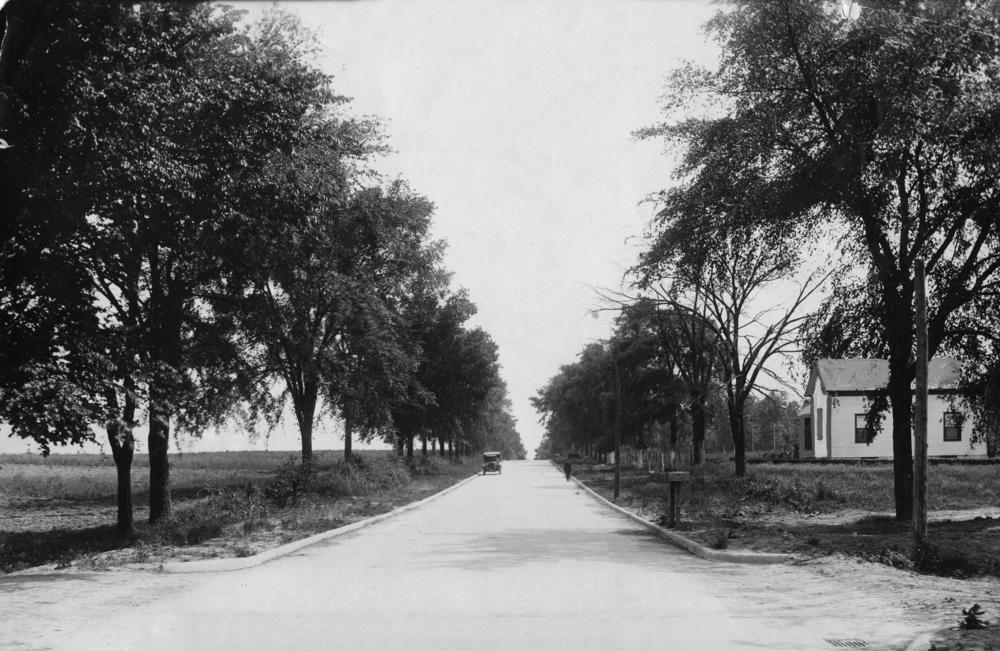 "Toll Gate Hill" was the hill on South Sprigg Street which led to the Rock Levee Road, which crossed the swamp to the south of the Capaha Bluffs and went on to Kelso. The road was opened in 1885. It was concreted in 1920. (Photo circa 1920s.) The photo below is a recent view of the hill on South Sprigg Street looking north from the intersection with Southern Expressway. 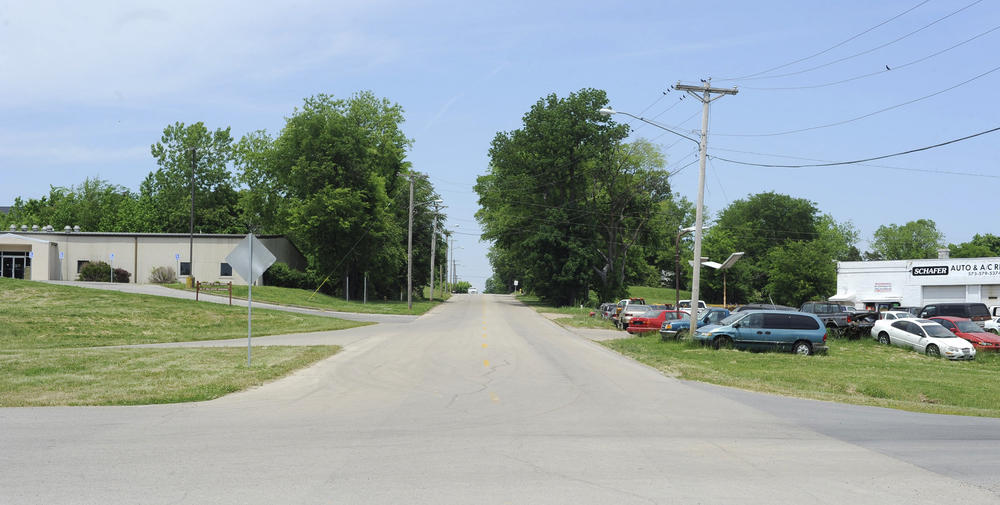 Work on Cape Girardeau's first concrete rural road will start tomorrow and will be rushed to completion. The contractors, Rouse, Hely and Keller, have everything ready to make the start. They have the material and are now hiring all the men and teams they can secure.

From Elm to Levee Road

The road to be concreted extends from Elm street, within the city limits, to a point on the Rock Levee road, a distance of 3 miles.

While the work of rebuilding the road is under way, there will be no delay to traffic. If possible vehicles will be permitted to come in over the road alongside the part being rebuilt. If this cannot be done, cars and wagons can use the road that leaves the Rock Levee highway at the bluffs near the Frisco railroad and connects with the Bloomfield road near the southwestern city limits. This is a good road and only a little out of the way.

The contractors have secured the services of F.J. Beaman of Sedalia, an expert road engineer and builder, to take charge of the construction work. He is here ready to make the start tomorrow. With ordinary luck, the job should be completed by early fall.

The first concrete paved rural road in Cape Girardeau county is being built.

Work started today on Kinghighway leading out of Cape Girardeau to the south. Engineer [Dennis] Scivally, with his force, was given the levels and the lines to be followed, while Contractor Keller and Foreman Beaman began cutting some trees out of the right of way. Work was started at the south end of the three-mile stretch to be paved.

The present road is 16 feet wide and is built of rock and gravel. Excavation work will be a hard job, because of the solidity of the old roadway that has been in use so many years.

The new road is to have 18 feet of concrete paving with a shoulder of hard surface construction of three feet on each side. This will give a roadway of 24 feet, just one-third wider than the present road.

"It is going to be a model road," said Engineer Scivally today. "The grades are to be lessened and the work will be done in the best manner possible."

The steepest grade will be inside the city limits, on the old "Tollgate Hill," where a cut of 7 1/2 feet will be made, reducing the grade to 5 percent. No other grade on the entire road will be greater than 5 percent.

In widening the right of way, several walnut trees had to be cut down, but care will be taken to cut no trees not absolutely necessary to remove.

It is the plan to retain the beauties of the road as well as to make it good for traveling over. Along most of the distance are now growing beautiful trees. These will be cared for, underbrush and weeds will be removed, painted signs along the bluffs will be tabooed, as well as tin signs tacked to trees.

F.W. Keller of the contracting firm of Rouse, Hely and Keller, with the foreman, F.J. Beaman, began the excavation work in the afternoon, using a "steel mule" tractor to pull the big plow. By tomorrow the work will be well underway.

The contractors expect to have plenty of men and teams in a few days to keep things going briskly.