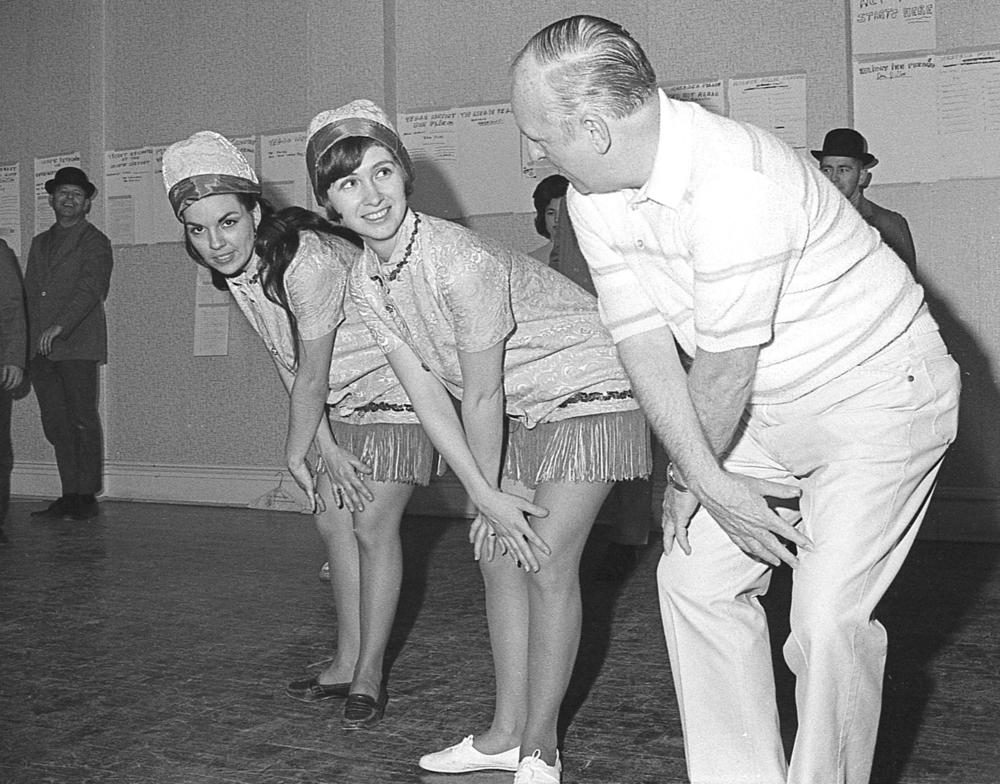 Mrs. Bernadette Segros, at the left, and Mrs. Richard Steele get some "how to" hints on the Charleston from Tom Chatham of New York, director for this year's Jaycee Follies. Chorus lines will be stepping high when the Follies open at 8 Friday night at Central High School auditorium. Proceeds of the annual event are used to finance community projects of the Jaycees. 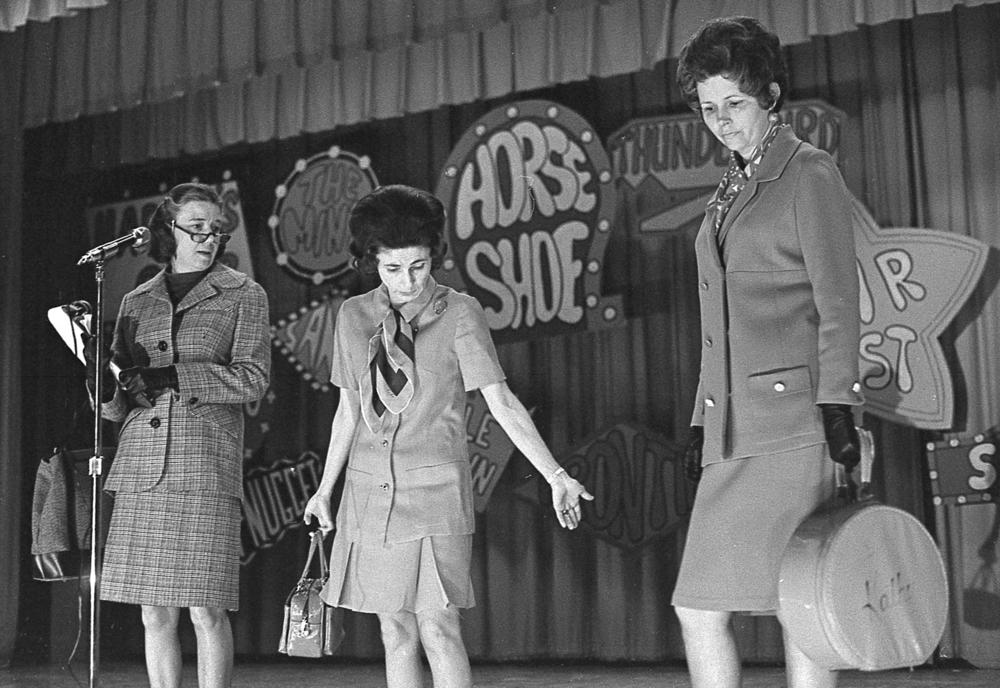 Fun and laughter are in store for the Jaycee Follies which hit the boards at Central High School tonight. Here, three members of the cast, Mrs. John T. Lamkin, Mrs. Merit Leming and Mrs. Vinson Rueseler, go over their lines at Thursday night's dress rehearsal. The fun begins when women of Cape Girardeau decide to go to a convention in Las Vegas, Nevada. The cast takes it up from there. 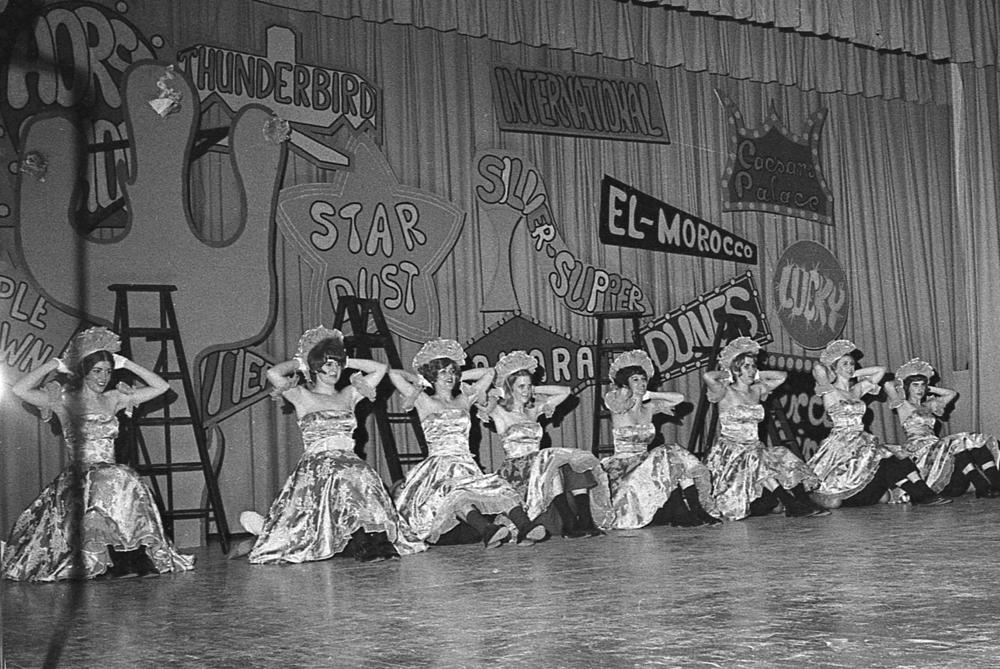 A little bit of Las Vegas and its world of glittering entertainment came to Cape Girardeau Friday night with the Jaycees' "Fabulous Follies of '71."

There were Vegas show girls and guys, a bunch of madcap Cuban revolutionaries and even a few "women's libbers" as Cape Girardeau businessmen took a bit of time off from the office and housewives left the soup to simmer on the stove while they participated in the annual event.

The curtain will rise on the second performance at 8 tonight in the Central High School auditorium.

Friday's sell-out crowd was treated to 30 minutes of pre-show laughs guaranteed to draw a giggle from a lemon, led by Ray Schonhoff and a lively group of Jaycees.

The follies, a panorama of song, dance and comedy, is a unique method of fund raising for worthwhile community projects sponsored by the Jaycees here.

Tom Chatham, director, was enthusiastic about community response to the show. "I think this 1971 group of young men sponsoring the follies has done more than just an average job. It's not every community that can bring three bank presidents plus 150 other local citizens together and make the whole affair fun and worthwhile."

Music, under the direction of Jerry Ford, keeps tunes moving at a lively pace, and colorful scenery and costumes transforms the stage into a real Caesar's Palace.

Story theme for the show involves a group of women delegates traveling to Las Vegas to attend a convention there. Enter the "exotics," a group of three entirely different women. Alas, the two groups are mistaken for each other and the fun begins.

Proceeds are used to finance a number of Jaycee projects, including a dental-aid program, a youth fishing clinic, a summer swimming program and the Junior Olympics.

"Cape Girardeau is a great community," Mr. Chatham said. "The young men involved in this production are going to make it a better place to live and do business."