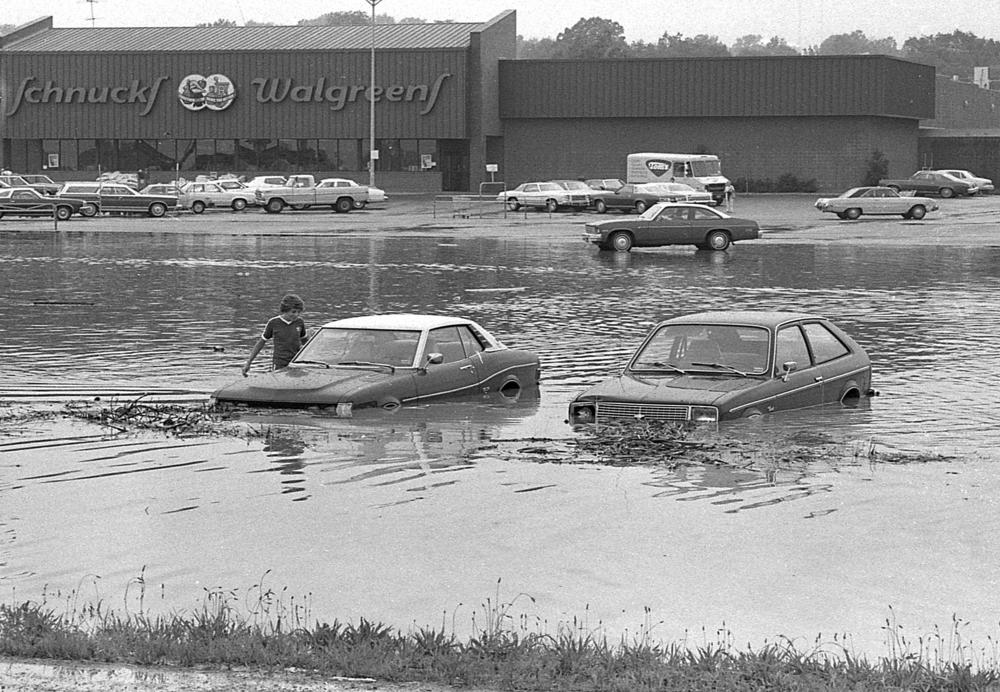 An adventurous youth wades through thigh-deep waters to investigate two parked cars wallowing in the parking lot in front of K-mart, 11 South Kingshighway. The photo was taken from the traffic island south of the Kingshighway-Independence street intersection. 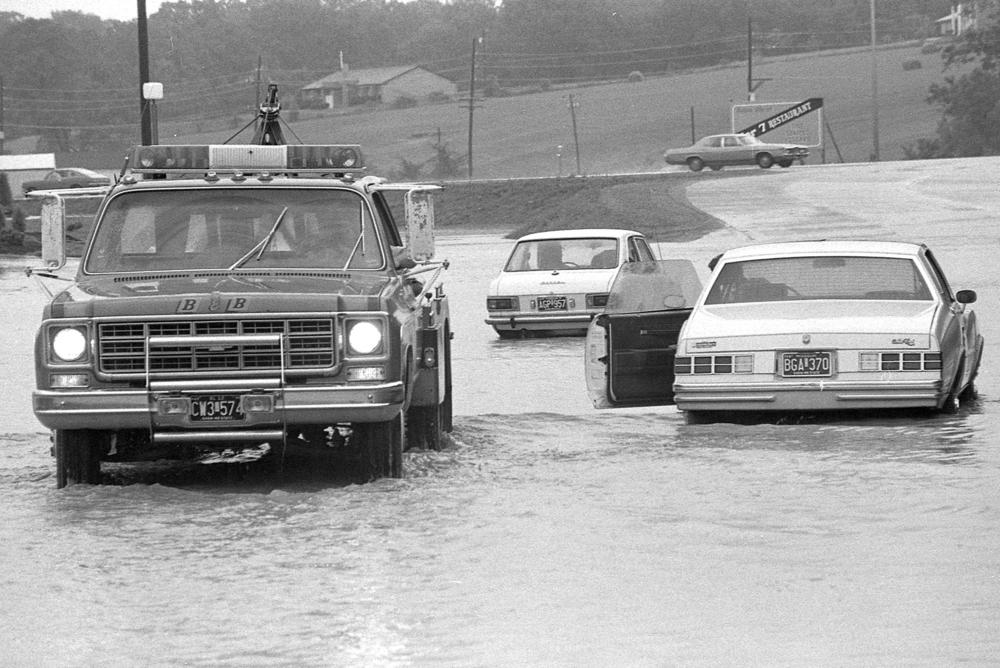 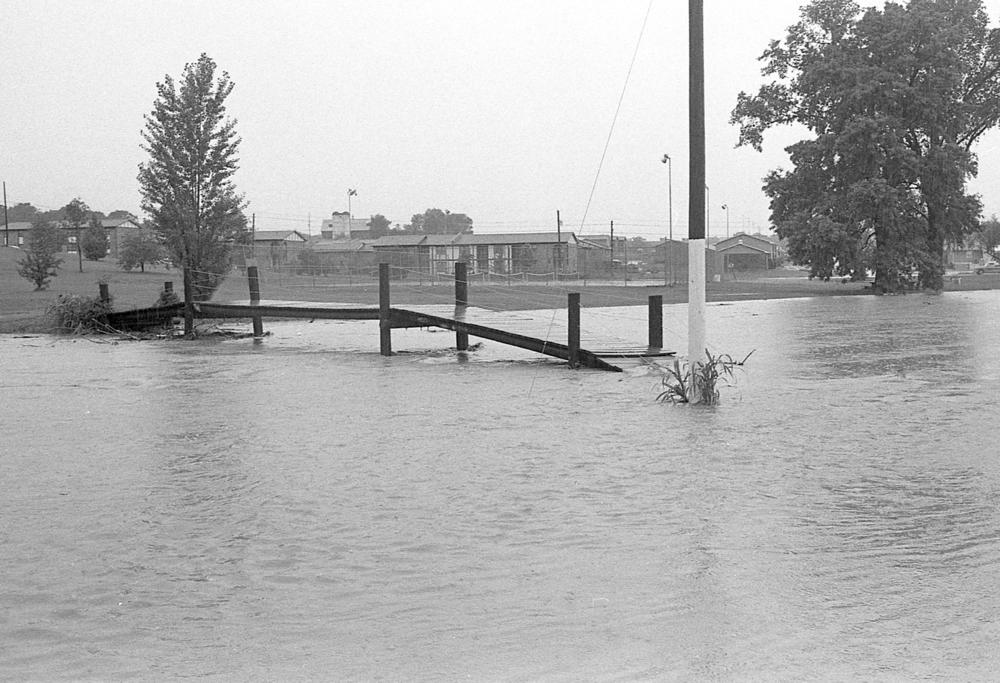 Rain, more than four inches of it in some areas, deluged the city of Cape Girardeau and parts of Cape County today causing creeks to spill over their banks causing flood damage and closing some roadways.

Norman Weiss of the Agriculture Stabilization and Conservation office in Jackson, said that between 4 a.m. when the storm began and 9 a.m. the rainfall measured was 4.1 inches. "And it was 4.4 inches at my home on Route W east of Jackson," he added.

"But there was no water damage to the building," he added.

Water from the creek also backed up this morning around the Independence street bridge over Cape LaCroix Creek and flooded some of the parking lot at K-mart, 11 South Kingshighway, forcing closure of about three rows of the parking lot.

"It's still coming up," reported K-mart assistant manager Mike Harris at 10:30 a.m., who said the water near Independence street was knee-deep in some places.

Jerry Kistler, the manager of Wal-Mart, 211 South Kingshighway, said the creek at mid-morning hadn't flooded behind his store yet, "but it's at the top."

Cape Girardeau Police Department Capt. Howard H. Boyd Jr. reported that there had been only minor flood problems in scattered parts of town. "We just have certain areas that are prone to flooding," he said.

City Public Works Department crews were sent to the Cape LaCroix Creek bridges at Independence and Bloomfield to try to remove debris pushed up onto the pavement by the floodwaters. Both bridges were closed this morning due to high water. North Kingshighway near Mount Auburn Road was also closed temporarily at about 8 a.m.