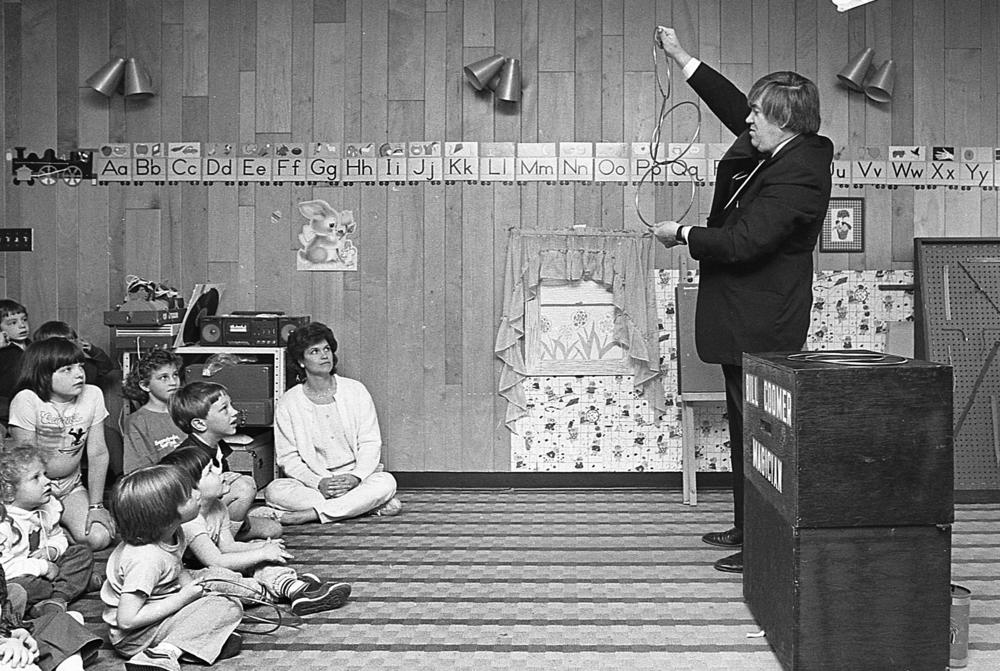 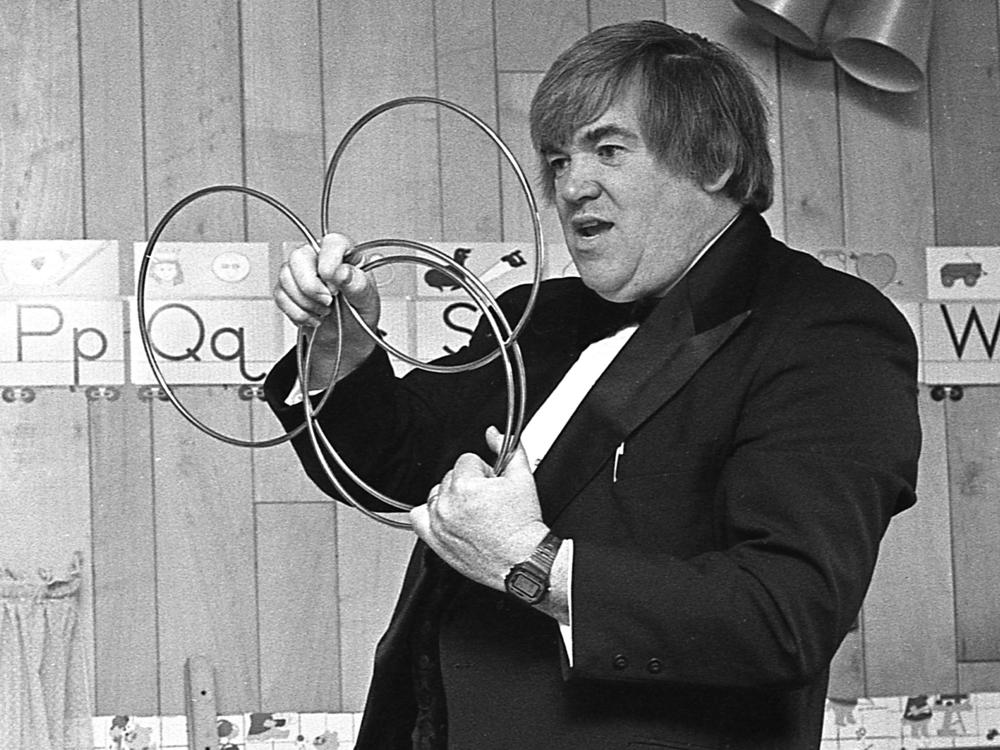 Bill Coomer shows the children how the Chinese linking rings illusion can resemble a Disney character. 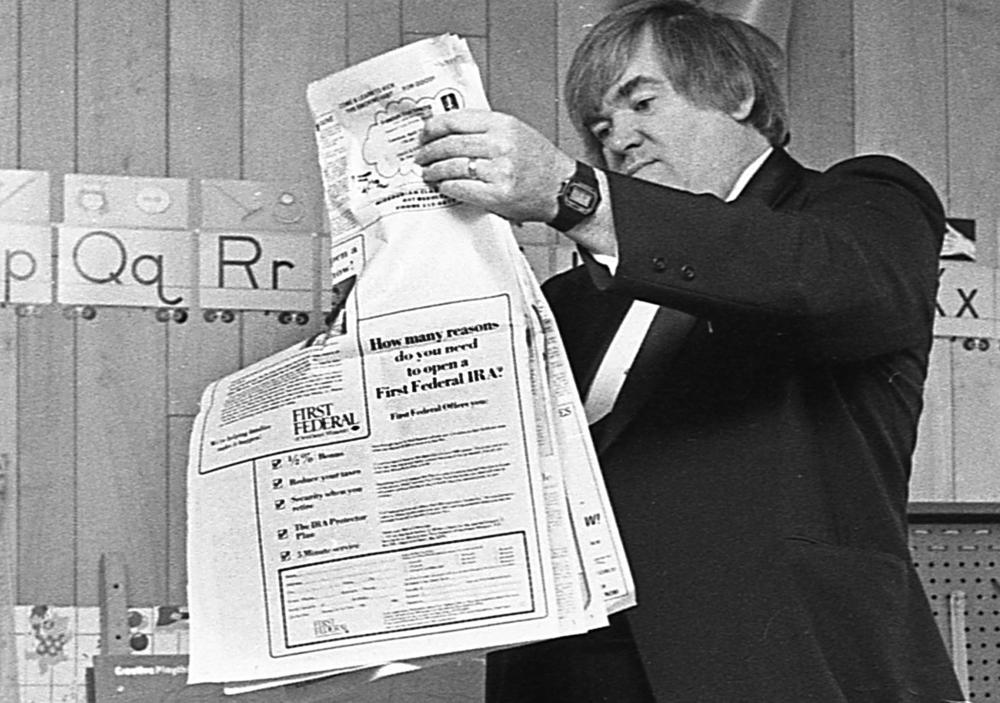 Bill Coomer performs a signature trick, tearing up a newspaper and restoring it.

Who says a nickel won't buy anything anymore?

Five cents proved its old-time value Thursday night for residents in the 1100 block of West Mount. They thought they had purchased nickel notebook paper tickets to an amateur magic show prepared by three grade school girls in the neighborhood.

The girls and the theater patrons were both surprised and delighted when Bill Coomer, professional magician here, arrived on the scene, resplendent in tuxedo. Mr. Coomer presented an hour-long show of his mystifying magic acts, following the girls' finale of summersaults and cartwheels.

They just wished they had charged more.