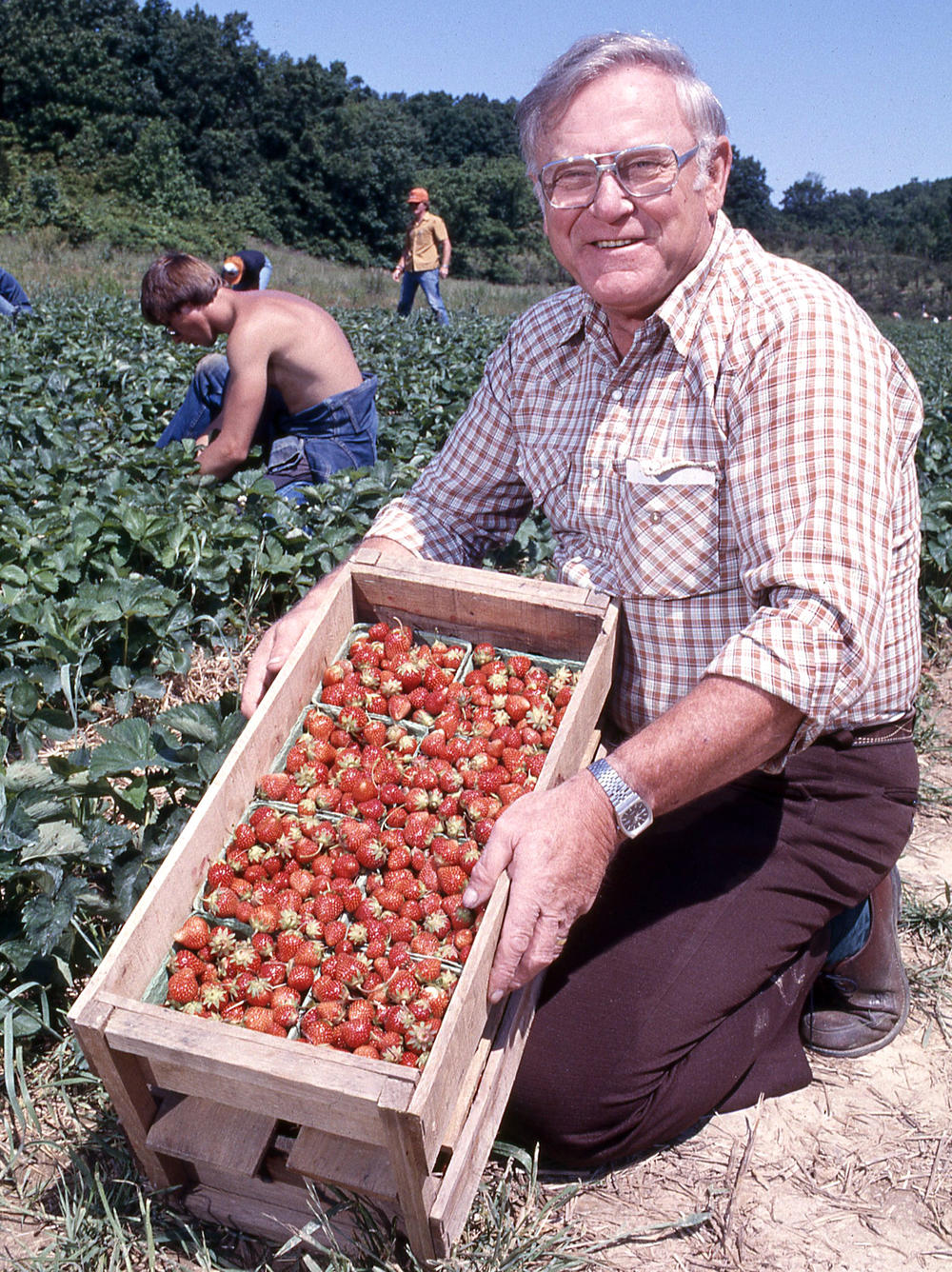 For Reverend Herb Meppelink, director of the Mid-America Teen Challenge program and facilities located outside of Cape Girardeau, work is the answer to rehabilitating those who have succumbed to a life of drugs, alcohol and crime.

There is plenty of working going on right now on the almost 300 acres of Teen Challenge land. Strawberries are in season, and the picking must be done. So "Brother Herb" as the men in the patches call him, says that he will even cancel the classes offered at Teen Challenge to get the crop out.

"We pick for an average of four to five-and-a-half hours each morning," Smart said. "The berries look better in the morning, and they lose moisture if you pick them later in the day."

This year, Smart is experimenting with several new varieties of strawberries. Two of the more successful varieties, he said, are the Lester and Raritan types. Smart said he has not had much luck with some of the other new varieties such as the Catskill variety which he said is "red and ugly, misshapen and did not receive a good rating for taste."

The Teen Challenge strawberries are sold from their offices and all proceeds go to the center. Only the "culls," the strawberries that are not the highest in quality, are too small or misshapen, are consumed by the students and staff at Teen Challenge.

The strawberry fields are irrigated by pipes leading from a two-and-a-half acre pond on the center's land. It is a sprinkle irrigation system, unlike the trickle irrigation system used to irrigate the blueberries that the workers are also growing this year.

Once the strawberry season is past, workers mow down the plants and plow half of the row.

"The plants that are left send out runners and have new plants the next year," Smart explained. "If you leave the plants alone, the second year you won't have as much vitality in production as the first year.

"During the winter, we put straw around the plants to protect them from freezing which can kill the plants," Meppelink said. "It also helps keep the moisture level down which can make the plants susceptible to disease and rot. The straw also serves as a mulch, and keeps moisture in the ground."

According to Meppelink, moisture is a very important factor when raising a productive strawberry crop, and the plants require about one-and-a-half inches of water per week. He also said that the fruit, the berry itself, is 90 to 95 percent water.

The strawberry plants at Teen Challenge are replaced every four years, with the care that is given to clean-pick the crop every year, mulch, and the mowing, the crops they have grown are very productive. The picking season this year at Teen Challenge will last for a little over three weeks total.

Other berry crops growing this year at Teen Challenge are blueberries, red raspberries, black raspberries and blackberries. Meppelink expects a good blueberry crop this year in the two acres they have planted. The center also has a grape orchard.

Meppelink says that the experience of working in the berry patches has been beneficial to his students. It instills in them the value of work, he says.

Another benefit: the work in the fields has stimulated some career choices. From Mid-America Teen Challenge, some students have opted for a college education, and they are majoring in the field of agronomy, the study of cultivation.