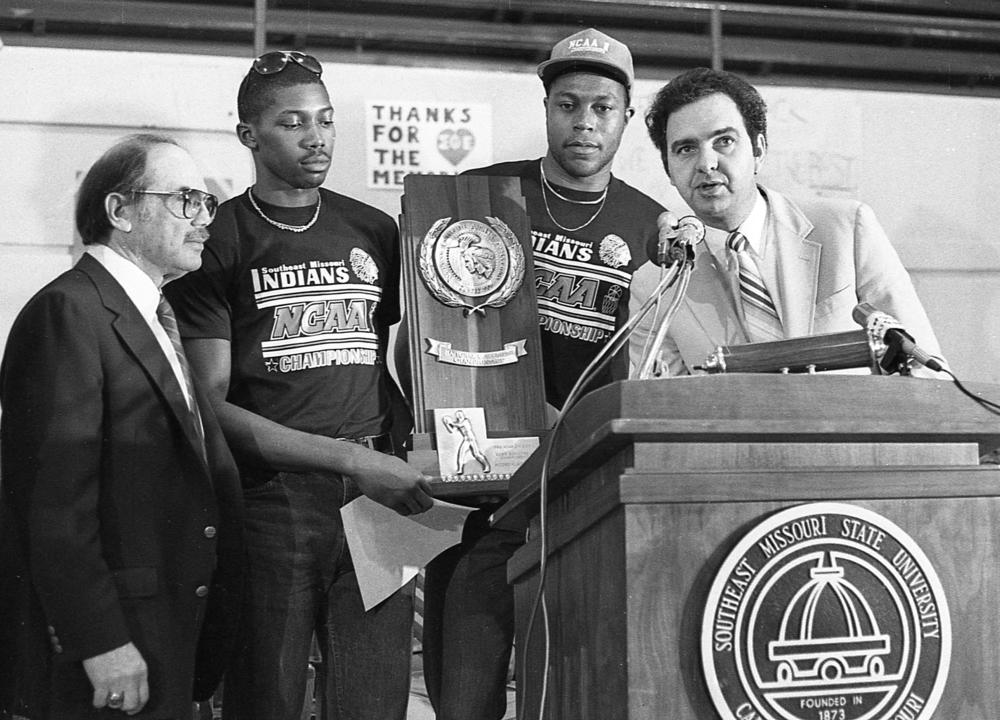 As Coach Ron Shumate, right, speaks to the crowd during Monday's ceremony at Houck Field House, SEMO State co-captains Ronny Rankin, second from left, and Riley Ellis display the large plaque given to the Indians for their second-place finish in last weekend's NCAA Division II men's basketball tournament in Springfield, Mass. On the far left is SEMO State athletic director Marvin Rosengarten, who was presented with the runner-up plaque. Below, team members stand at a huge cake at the ceremony. (Fred Lynch photos) 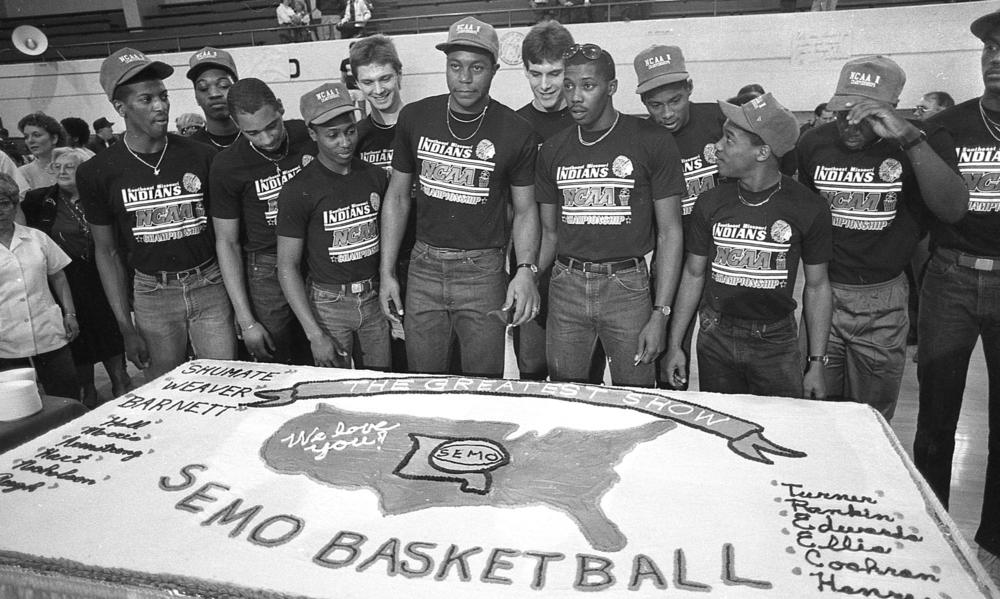 SEMO State officially put the wraps on one of its most celebrated and successful men's basketball seasons in school history as the Indians were honored at a noon ceremony Monday at Houck Field House.

Several hundred people showed up to pay one final tribute to the Indians, who racked up a school-record 27 victories this season. SEMO State finished a spectacular 27-7 season by advancing to the championship game of the NCAA Division II national tournament, where the Indians were defeated by Sacred Heart of Connecticut 93-87 Saturday night in Springfied, Mass.

Among the highlights of the ceremony were telephone greetings from Gov. John Ashcroft and Eighth District Rep. Bill Emerson, R-Cape Girardeau, who sent their congratulations as the SEMO State team and those in attendance listened intently.

Stacy had a special surprise for the six seniors who used up their eligibility during Saturday night's championship game. Kirt Cochran, Riley Ellis, Ronny Rankin, Ron Armstrong, Anthony "Butch" Hall and Eddie Hart were all given scholarships for either graduate or undergraduate work for next school year.

Stacy pointed out that, in five years under Coach Ron Shumate, the Indians have not only reached the top of Division II in terms of success, they've also failed to graduate only one player, Jewell Crawford, and he's currently playing professional basketball.

"And we'll get Jewell back here when he's through playing basketball," said Stacy.

Shumate, who was recently named South Central Regional Coach of the Year, told the gathering, "It's a tremendous honor for us to be here. We really appreciate everybody coming out. We had an awful lot of help this year from everybody.

"I want to personally thank all these guys. They put up with me, and I'm not the easiest guy in the world to get along with, as they'll tell you."

Shumate had special praise for the scholarships offered his six seniors. Said the coach, "What impresses me more than anything is for Dr. Stacy to help these players out, to help them get their degree. That makes me feel wonderful."

Ellis and Rankin, the Indians' two all-tournament performers at the Division II Final Four this past weekend, were introduced as co-captains and they spoke briefly to the gathering. 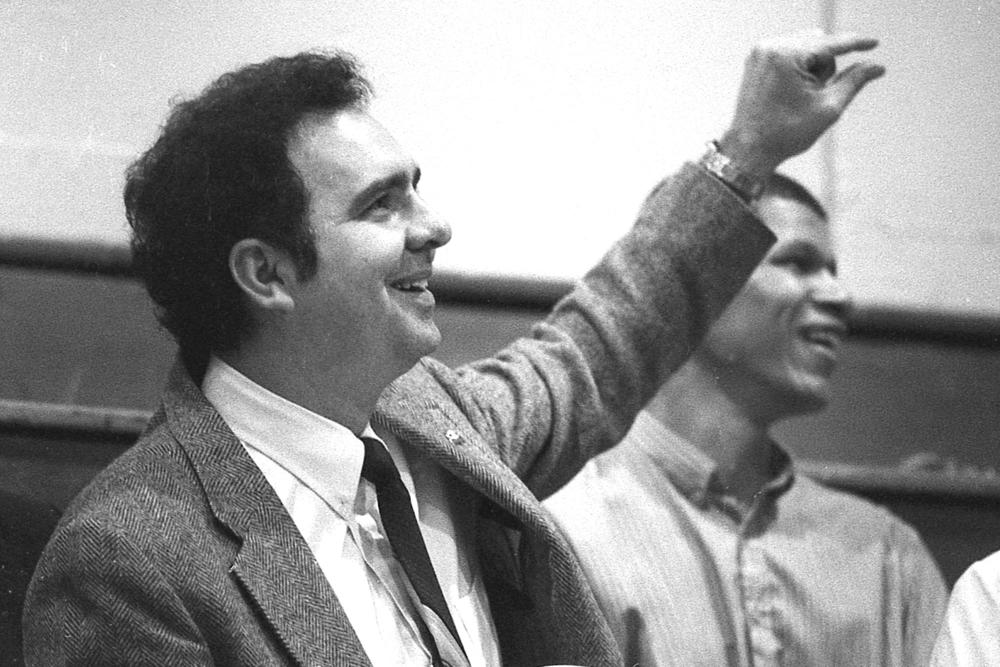