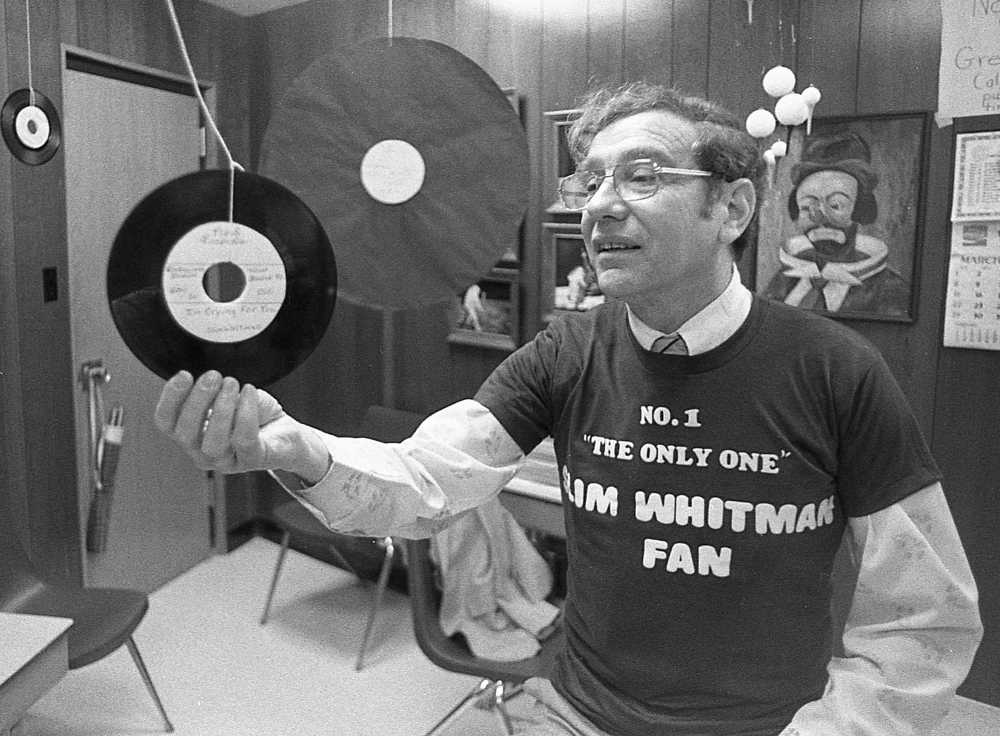 It could have been something simple, like telling Hawthorn School principal Charles Clippard that his shoe was untied. Or it could have been given a bit more flair by tying Clippard's shoelaces together.

But those simple tricks are apparently child's play to the pack of imaginative jokesters who wouldn't let Clippard forget that today is April Fool's. They might as well have driven a big yellow school bus over a case of whoopee cushions.

When Clippard entered his school office today, he found himself in Slim Whitman land. You know Slim--he's the country (definitely country!) recording star (sort of) with all those songs that touch people's hearts and only touch their pocketbooks for $9.95, cash or money order.

"I guess I'm the number one April Fool today," Clippard admitted. "The joke is on me."

Slim would have been proud. Clippard's office is hung with records, he has a Slim Whitman T-shirt and a poster of Slim twanging his "gitaar."

There's also a poster with 10 wallpaper swatches and the caption, "Choose from these 10 exciting fabrics for your Slim Whitman suit." And you got it--just $9.95, cash or money order.

If the court jester's hat were to be pointed at someone, Clippard said he would jingle its bells in the direction of Mrs. Delma Loftis, a teacher at Hawthorn. "I think the whole faculty was in on this," he said, "but I'll bet that Mrs. Loftis was like the Senate whip."

The idea for the joke might have sprung from a "Slim Whitman look-alike contest" at the school recently. Clippard won.

And he admits to being a fan of the singer sprung to national recognition by television ads and a sincere warble. "I like Slim Whitman," Clippard said. "I agree with what someone said that today's music is like you got your thumb stuck in a light socket with full power on. Slim's music is better than that stuff."

Clippard said he doesn't plan any practical jokes today, but did have one request upon hearing that The Missourian had seized upon the goings-on at Hawthorn. "Do you think," he asked this reporter, "that you could influence Dr. Arthur Turner's (Turner is superintendent of schools) paperboy to forget to deliver his Missourian today?"

No guarantees. Unless...we might be able to toss the edition into a flatcar with Boxcar Willie and send it on down the track. It's for sure he wouldn't get it back without $9.95 cash or money order!