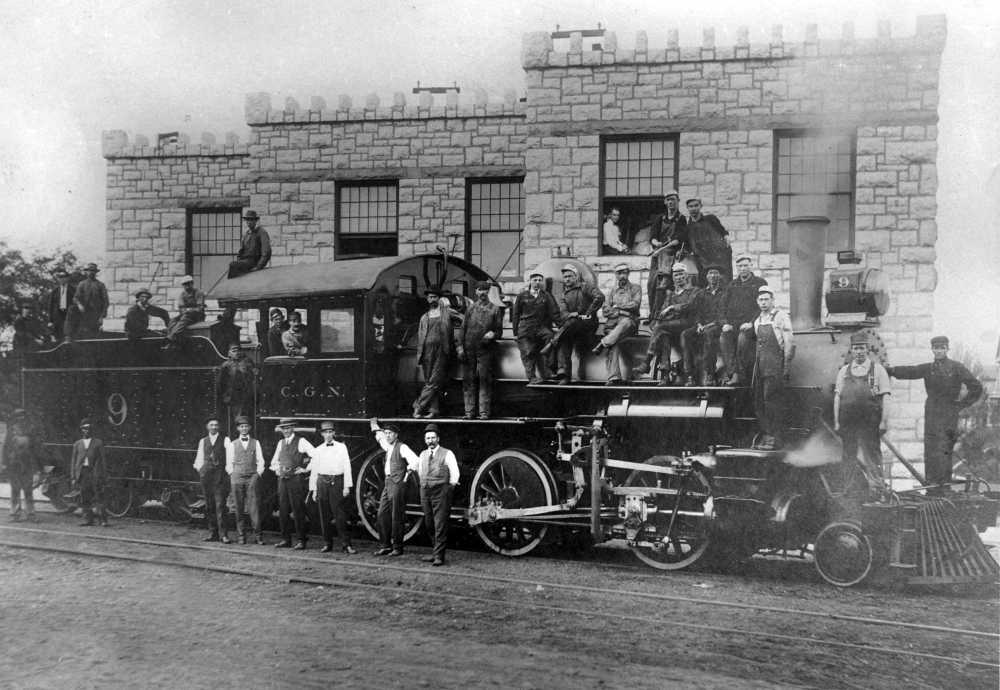 Louis Houck completed the basic lines of the Cape Girardeau Northern Railroad by 1905. That line extended from the Thebes bridge to Cape Girardeau and on to Jackson, Perryville and Perryville Junction opposite Chester, Ill., on the Frisco line. In Cape Girardeau, underpasses had to be constructed on Good Hope street and Morgan Oak street. Employees of Houck's railroad lined up in front of Engine No. 9 and the C.G.N. depot on Independence Street for this photo.

The Missouri Pacific Railroad purchased the old Cape Girardeau Northern Railroad in 1927. The railroad built a line covering 7.7 miles from Illmo to Cape Girardeau that went into service in 1928. The company also built a freight station on the southeast corner of Frederick and Independence.

Here is a 1960 photo of the depot in this previous blog: