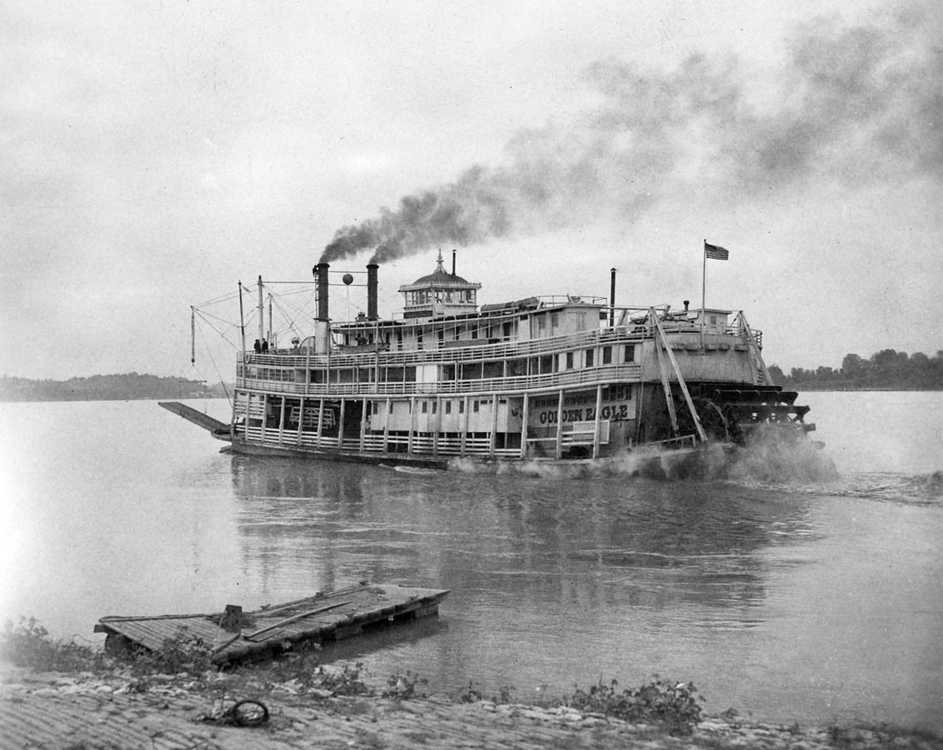 The Steamer Golden Eagle passes Cape Girardeau on the Mississippi River in this undated photo. Built in 1904 as the William Garg, it was sold to Eagle Packet Co. in 1918 and rebuilt for the St. Louis trade. The boat was renamed Golden Eagle.

In 1935, it was further modified for use in the tourist business. The Golden Eagle sank May 18, 1947 near Grand Tower Island.