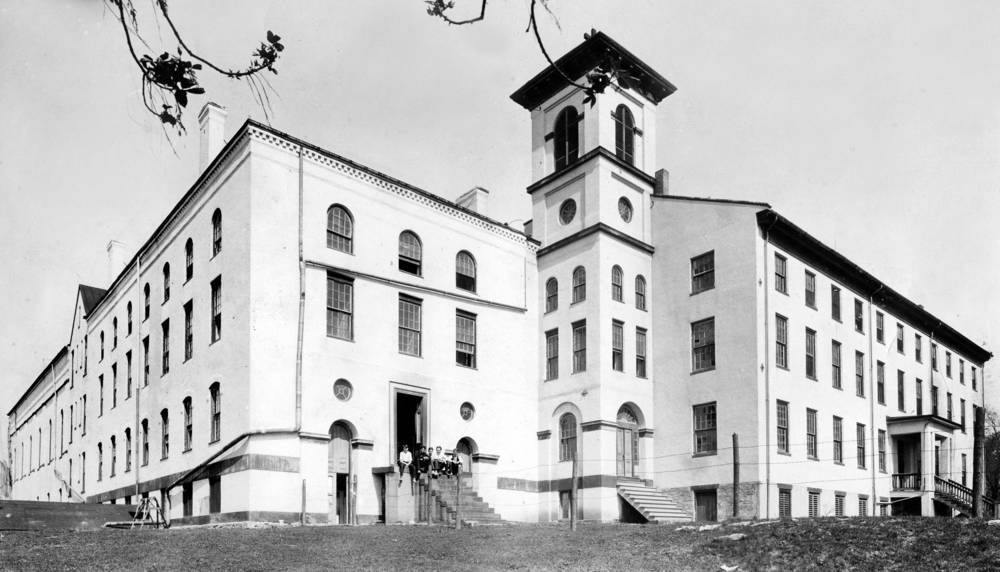 In recent years St. Vincent's College, Morgan Oak and Spanish streets, has been exclusively devoted to the secondary education of boys preparing to become priests in the Catholic church. The College serves as a preparatory school to St. Mary's Seminary, Perryville, where the higher studies of Philosophy and Theology are carried on through a period of eight years. The course of studies at St. Vincent's embraces the regular classical course of a standardized high school, special emphasis being placed on English and Latin. The average enrollment for the past 10 years has been 80. Eleven states and Canada are represented in the enrollment.

The origin of St. Vincent's College dates back to 1838 when Rev. John Odin, later Archbishop of New Orleans, came from St. Mary's Seminary, Perryville, and with the assistance of one lay brother opened a school for boys. In 1848 the present faculty building was erected and Rev. Thaddeus Amat, later Bishop of Los Angeles, became the first president, and obtained a charter from the state legislature empowering the institution to confer academic and collegiate degrees.

Catholic Institution One of the Oldest West of the Mississippi River

In 1853 a theological department was added and continued until 1893 when it was moved to St. Louis and became Kenrick Seminary. During the period from 1843 and 1895 the average attendance was 100, the students coming for the most part from the southern states. From 1839 to 1910 the attendance dwindled almost to the vanishing point, owing to the unfortunate rumor that the college was to be closed, but in 1910 when it was decided to convert it into a preparatory school for ecclesiastical students, St. Vincent's College took on new life.

About $30,000 has been spent since that time in improvements, and the institution today compares favorably in faculty and equipment with any secondary school in the country. The program of improvement is not yet completed, the next forward step being the erection of a modern gymnasium.

The faculty numbers eight members under the presidency of Rev. M.J. LeSage. The Rev. J.F. O'Dea is dean of studies and Rev. Henry Burke is secretary-treasurer. The faculty is to be greatly strengthened this year by the addition of Rev. R.B. Sherlock who has just received his master's degree at the Catholic University of America in Washington, D.C., and of Rev. D.F. Kernaghan, who has just returned from doing post-graduate work at the University of Chicago. The English department is in charge of Rev. R.A. Harvey, also a post-graduate student of the University of Chicago, and Rev. C.N. Theriac, graduate of De Paul University, Chicago, is in charge of the physical sciences.

St. Vincent's College can lay claim to being one of the oldest schools west of the Mississippi, and the present faculty building, now in its seventy-eighth year is no doubt among the oldest buildings in Cape Girardeau. Judging from its swell preserved condition it is destined to do many more years of useful service.

Father Frank Walsh, who is still connected with the institution, although he has retired from active service, was one of the first students that did preparatory work here before going to the Perryville Seminary. He is believed to have been connected with the school longer than any other person now living.