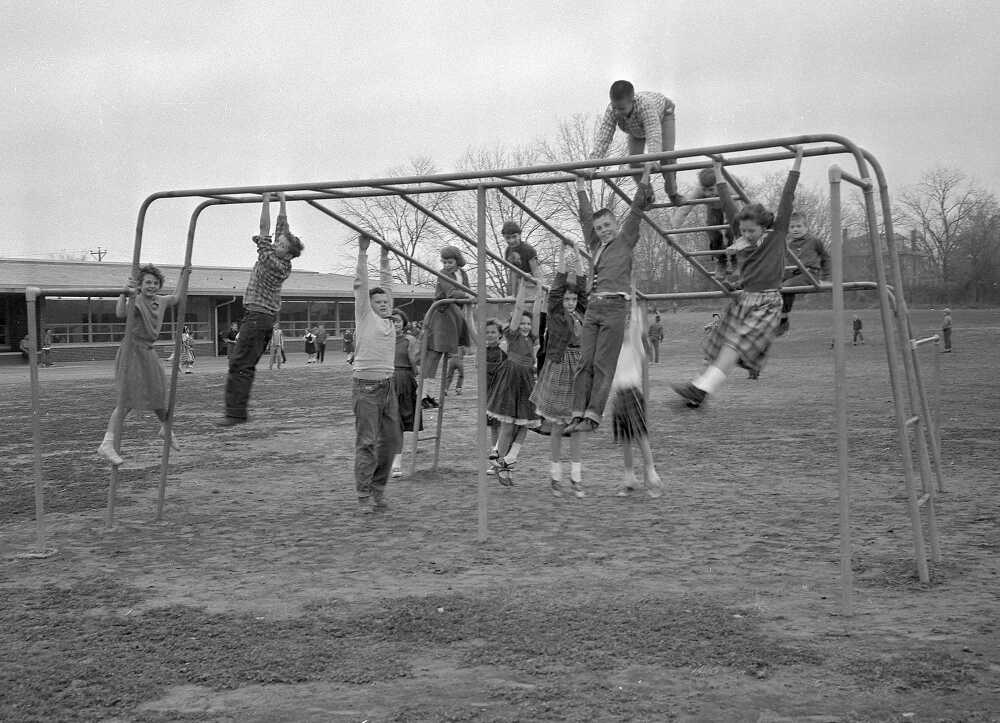 It isn't spring, but Cape Girardeau school pupils, catching a hint from the abnormally high temperatures here in the middle of January, make like it's spring. These youngsters, most of them coatless, were having a time releasing pent-up energy on a jungle gym at Jefferson School. (G.D. Fronabarger photo)

The temperature reached 70 degrees on that day.