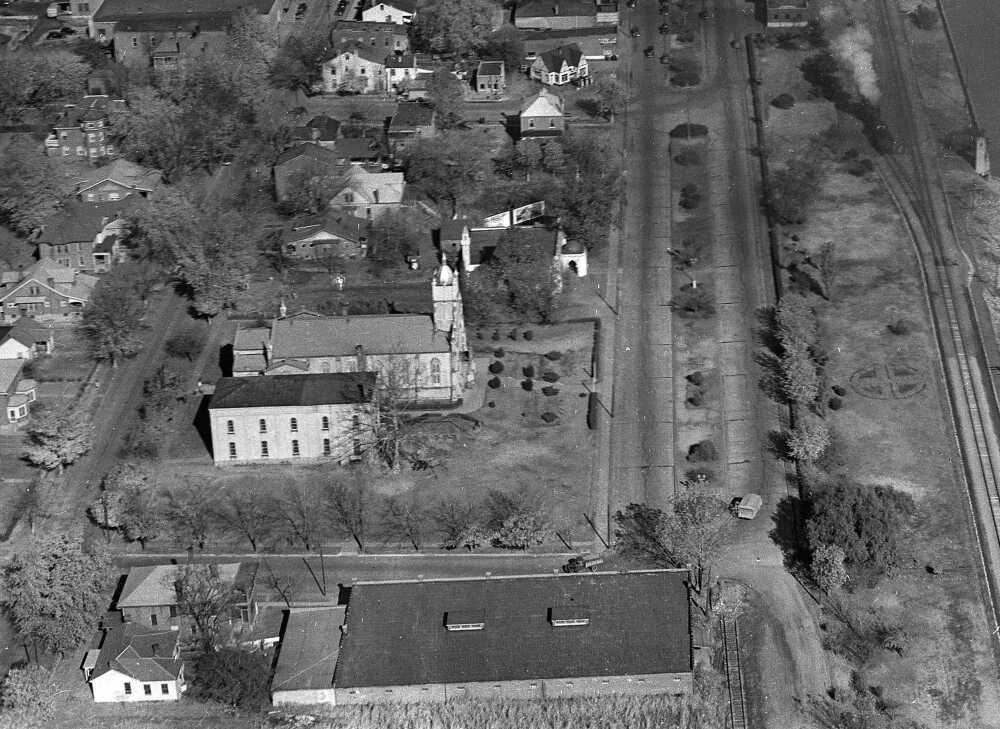 Old St. Vincent's Catholic Church is shown in this undated photo by G.D. Fronabarger. The photo was made before the river floodwall would be constructed beginning in 1957. The adjacent St. Vincent Grade School building would be razed in 1971.

Frisco Park is seen to the right with a steam locomotive on the track of the St. Louis & San Francisco Railway Co. The slender strip in front of the church is Murtaugh Park. This is the area of the present Red House Interpretive Center.

The gas station seen at the top on the corner of 47 S. Main St. was Kelso Oil Co., as listed in the 1942 city directory. The 1949 directory lists it as Shorty's Super Service gas station. Merriwether street intersects South Main.

Shorty's is listed in later directories through 1962. It is not listed in the 1964 directory. In its place is Hutson Furniture Exchange Store, 53-55 S. Main St.

Just north of St. Vincent's Catholic Church is the B'Nai Israel synogogue, listed in the 1942 directory.

According to Timothy Cannon, the photo has to be dated 1952 or earlier "as steam locos on the Frisco were all gone before 1953."