Carting a camel for Christmas 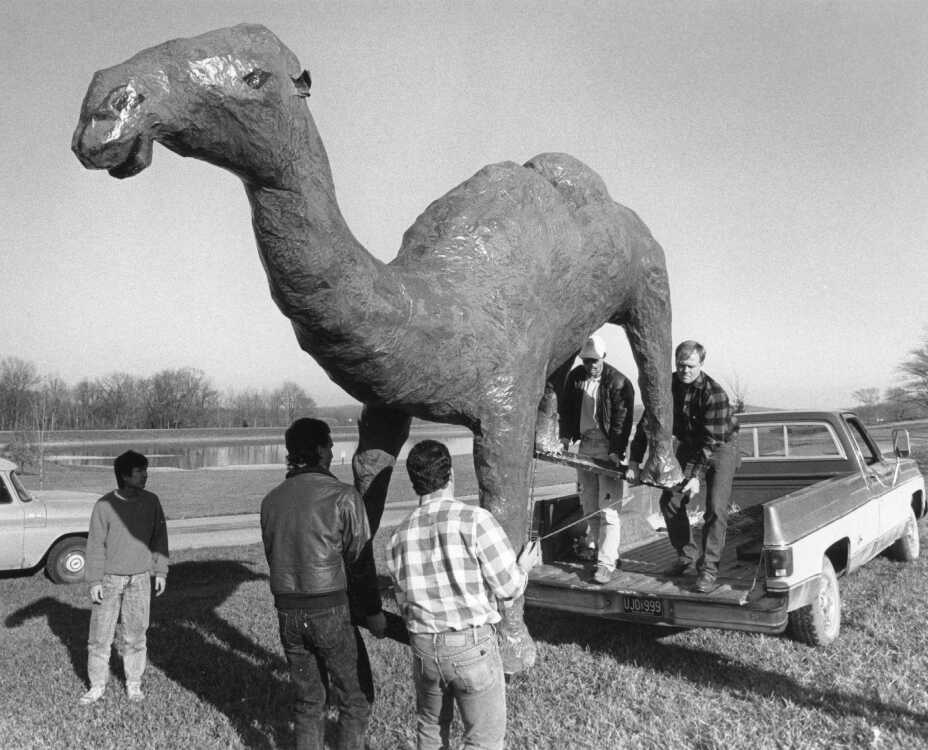 A nine-foot tall papier mache camel is unloaded from a truck at Cape County Park North Tuesday, Nov. 22, 1988, the creation of art students at Southeast Missouri State University. Dr. Ed Smith, shown at right, and his Sculpture I class made a life-size nativity scene for the second annual "Christmas Lights in the Park" which officially opens at 6 tonight. (Fred Lynch photo)

Park gets decked out for holidays

Cape County Park North will be decked out for the holidays with the second annual Christmas light display.

The illuminating decorations will officially be unveiled at a lighting ceremony at 6 tonight. E.C. Younghouse, Cape County associate commissioner, will make remarks at the ceremony.

There will be more than twice as many decorations at the park this year, said Chester McCain, county park superintendent. He noted there will be at least 23 Christmas displays this year; last year, the park featured 11 exhibits.

Thousands of people viewed the Christmas decorations last year. "We were getting up to 300 cars an hour," recalled McCain.

"I think it's a really great idea," remarked Beverly Strohmeyer, executive director of the Southeast Missouri Council on the Arts. "It shows what can be done with a cooperative effort."

The holiday lighting display is sponsored by the Cape County Commission, the county park board and the arts council.

The 2015 Holiday of Lights display at Cape County Park North will be turned on at 5 p.m. on Thanksgiving eve.