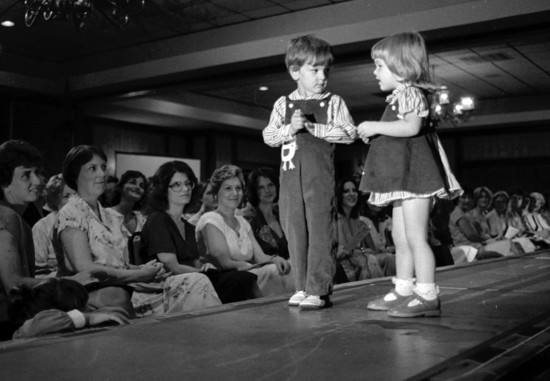 Tyson King and Meghan Talley stole hearts as they appeared in matching outfits from Children's Bazaar at the Zonta Club's second annual Evening of Fashion in Cape Girardeau. See story below. 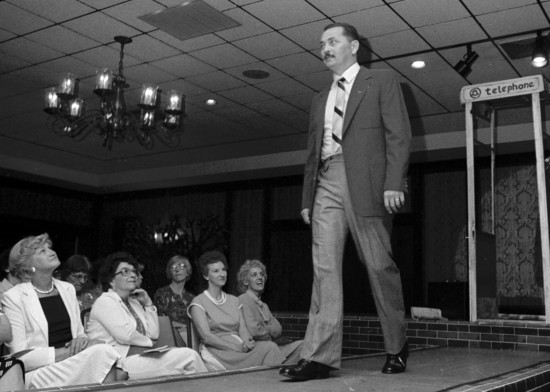 Don Strohmeyer adds a touch of sophistication to the "Dress for Success" segment of Zonta's Evening of Fashion. 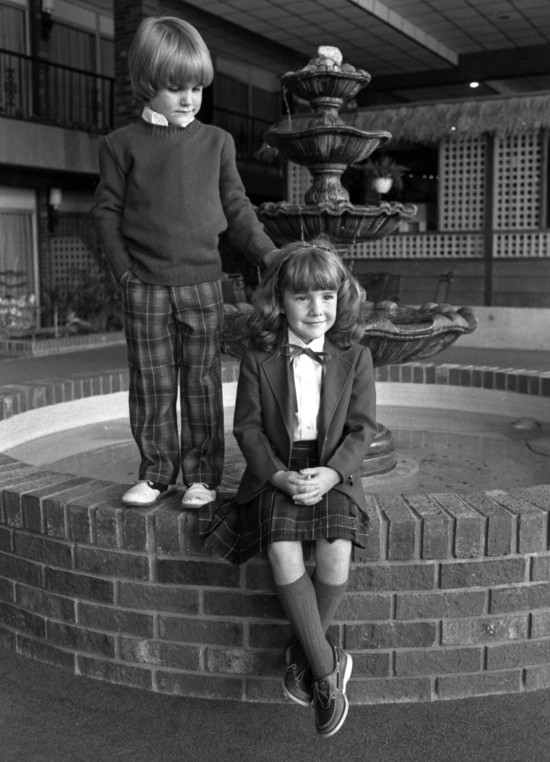 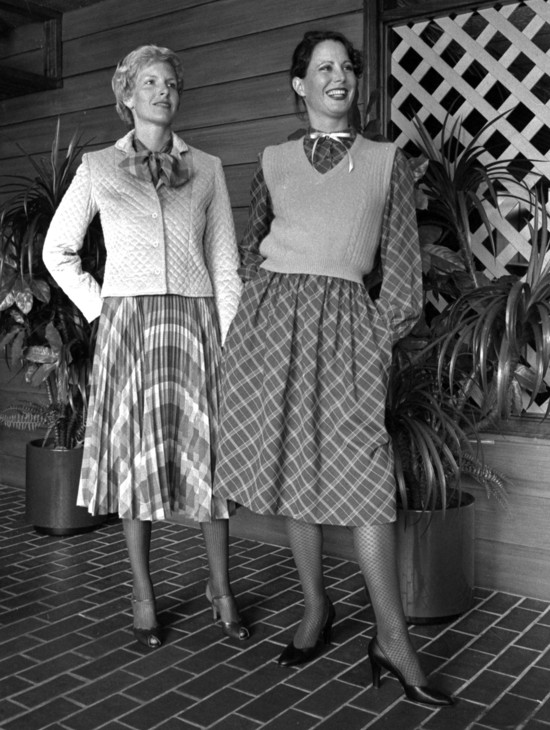 Marsha Vangilder, left, and Jan Halter, model two of the "total look" fashions to be shown at Zonta Club's "Evening of Fashion." The outfits are from The Gazebo. Marsha can face the hoped-for cooler weather this fall in a quilted short jacket and soft wool plaid pleated shirt. Jan is pert and pretty with an angora sweater which tops a plaid, long sleeved dress emphasizing the very popular use of different textures. Both models are wearing textured hose to complement their ensembles. (July 13, 1980) 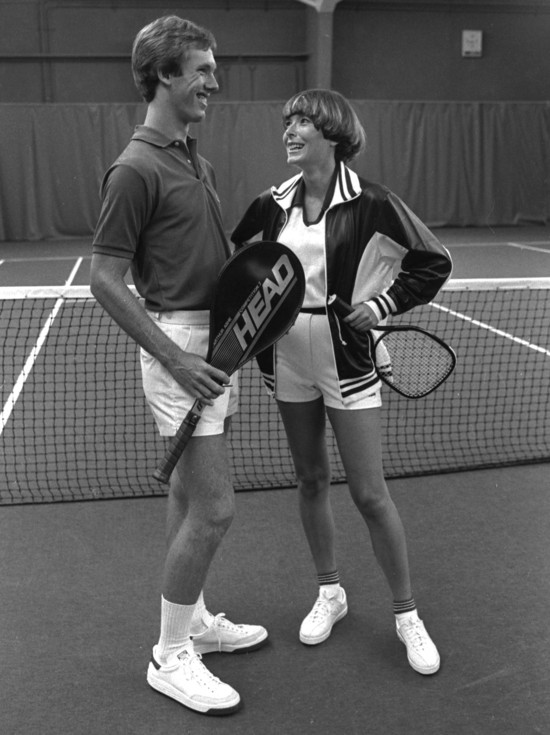 Included in this year's "Evening of Fashion" will be sportswear for the active person. Here, Mark Howard and Suzanne Gamster, both of Cape Girardeau, show tennis and racquetball wear from the Athletic Shoe Division of Howard's. (July 13, 1980) 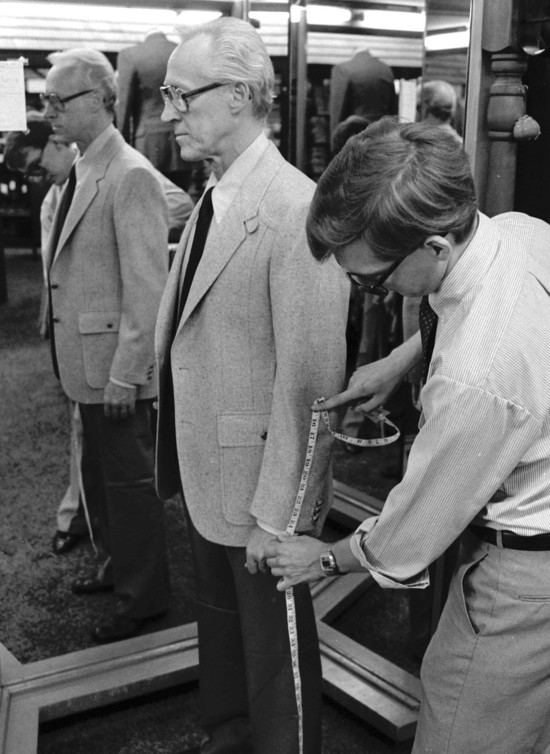 Don McNeely is measured for a suit to model in the "Dress for Success" segment at the Zonta Club's second annual "Evening of Fashion. Checking the fit for McNeely is Scott Medlock of Howard's. (Aug. 5, 1980 - Fred Lynch photos)

It swirled into town and blew the summer doldrums away with its presentation of crisp, smart fall hair and clothing fashions.

After the standing-room only crowd edged their way through the hors d'oeuvre tables at Ramada Inn, and into the large banquet rooms where a runway awaited the models, Miss Piggy (played by Pat Blackwell) welcomed them with several well-performed selections.

Vi Keys added dimension with her organ music to commentaries by Judy Buerkle as the show stoppers (the children wearing fashions by Children's Bazaar) began the Evening of Fashion.

The fast moving set changers kept the evening going at a brisk pace almost as fluid as gymnasts Emily Demopoulos and Wendi Meier did with their energetic performances on the balance beam.

Jim Cox of Tommie's in Clayton, assisted by Henry Church, also of Tommie's, presented the "Make-Over" models: Paula Ervin, Dorothy Gilbert and Elizabeth Grimes. Peggy Kitsis, of The Face and the Body in St. Louis, provided the make-up. Clothes for the "new persons" were furnished by The Gazebo. Each of the three "make-overs" were selected from other advance ticket holders who applied.

Ladies fashions which were presented by The Gazebo, Ltd. and furs by Revillon at Saks, in St. Louis, brought the show to an exciting finish. The preppie look; colors, wide shouldered coats, dresses and flat furs perked up the audience. Footwear and hosiery were provided by Ossick's for all segments of the show. The footwear ranged from flat black patent Mary Janes to pumps to sharp heeled boots for kilts and jeans.

Separates; elegant and impressive dresses; furs; footwear and hosiery all blended to show that women are dressing for an individualistic appearance with a total effort. Soft crepes blended with lacey collars provided an alternative to the smart suits meant for office wear.