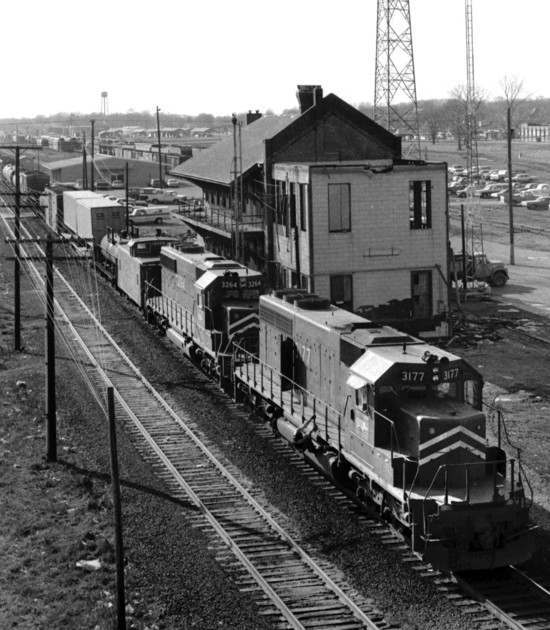 The old Illmo railroad depot, a landmark in the community since the town was incorporated 75 years ago, is being torn down. Both the name Illmo and the depot had the same life span, from 1905 until 1980. 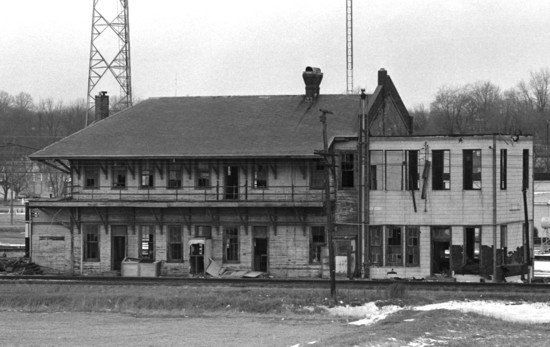 SCOTT CITY-- They may live in a town called Scott City, but ask almost anyone who lives in the former community of Illmo where they live and they'll say that they live in Illmo, not Scott City.

Nevertheless, Scott City is now the legal name of their community following the consolidation of Illmo and Scott City and the approval of the name Scott City by voters in both towns earlier this week.

"It's done with and now we have to live with it," said one resident who lived in Illmo one day and Scott City the next.

Last year, Illmo quietly observed its 75th anniversary. There was no celebration as Illmo residents realized that their community of 1,200 persons would soon lose its identity. They knew that consolidation with Scott City had already been approved in principle and their town was destined to follow the leads of Ancell and Fornfelt, the communities that merged 20 years ago to form Scott City.

"There are a lot of memories in this old town," remarked a shopkeeper as she looked out her Second street store window at Illmo's business district. "There's just too much history here to forget."

One man that knows a lot of that history is Illmo's oldest resident, O.W. Hartner.

"I think I'm about the oldest person here," said the 92-year-old retired pharmacist. "I know that my wife and I are the oldest couple in the town. We've been married 72 years."

He and his wife, Edna, moved to Fornfelt from Mississippi County in 1908 and four years later, in 1912, they moved to the new town of Illmo.

Mr. Hartner, who worked on the railroad shortly after the turn of the century, was employed at the railroad terminal at Bird's Point in Mississippi County. There, a ferry transported railroad cars across the Mississippi river into Illinois and Kentucky.

"I remember it was in 1908 in April or May when the bank at Bird's Point started caving in," he remembered. "In fact it was about 4 o'clock in the afternoon when I heard about the excitement."

"The town was growing well then," Mr. Hartner said as he reminisced about Illmo's early years.

The community, he recalled, was originally an agricultural settlement before its incorporation in 1905. However, the town prospered as it grew around the railroad.

Mr. Hartner, who for 32 years was an Illmo druggist after he stopped working on the railroad, explained that the impact of the railroad came about with the construction in 1903, of a railroad bridge spanning the Mississippi River between Graysboro and Thebes, Ill. The bridge, which was completed in 1905, was one of the largest and longest such railroad bridges in the world and it still in use today.

After the bridge was constructed, it was found that the terminal that existed near Graysboro was too close to the top of a grade to give northbound trains a good start at the slope.

The Cotton Belt Railroad decided to move the depot back about two miles to Illmo in order to solve the grade problem. "That was about the first thing they built here," Mr. Hartner recalled. The 75-year-old terminal is now being torn down and has been replaced by a new facility.

Mr. Hartner said the history of Illmo as an incorporated community can be traced back to a riverboat captain who, along with several other men, purchased and subdivided the land that became Illmo.

"J.P. Lightner, a showboat man, heard about this new settlement and bought 80 acres of land and that became the town," Mr. Hartner recalled. Mr. Lightner, or "Cap" as he was called, served as one of Illmo's first aldermen. The other aldermen on the first board were L.S. Mayfield, J.C. Drake and A.J. Rich. The first mayor was H.O. Murphy.

After the land was purchased Illmo's growth began, Mr. Hartner noted. "They laid out the streets and blocks, built the bank, a grocery, a barber shop, a pool hall, hotels, saloons; you name it and Illmo had it," he said.

At one time, Mr. Hartner recalled, Illmo had three hotels. "One was called the Ark and was three stories tall and covered two blocks," he said, noting that it was called the Ark because of its large size and unusual shape. "'Cap' Lightner ran the Ark and also built the old opera house on the back end of the lots behind the post office."

Mr. Hartner said the three-story opera house housed a picture show on the first floor, a dance hall on the second floor, and the old lodge hall on the top floor.

Other major buildings during Illmo's early years included the B and K Building, which housed several businesses including a department store, a grocery store, and the Jimplicute newspaper; the Southern Hotel which was operated as a hotel from 1909 until 1920 when it was leased by the Missouri Pacific Railroad for their dispatcher's offices for several years, and the Hartner and Ham building which was built in 1920 and used as a garage until 1930 when it was converted into a talking motion picture show.

Illmo continued its growth until the mid-1920s, Mr. Hartner explained. He said that until that time the Missouri-Pacific Railroad leased space in the Illmo railroad terminal from the Cotton Belt Railroad. "When Mo-Pac's lease contract expired, the Mo-Pac pulled out," he said. "That hurt the town."

Since that time, Illmo's size has remained almost constant, Mr. Hartner noted. "Illmo hasn't gained any or lost any, but Scott City grew because of the railroad tracks that divided the towns," he theorized.

He explained that the people who lived in the Fornfelt and Ancell communities didn't have to wait for trains to pass, sometimes as many as 40 per day, before crossing the tracks to Illmo. Ancell and Fornfelt were also closer to the main highway and the larger city of Cape Girardeau.

This week's name change for Illmo wasn't the first time the name of the town has been changed. Illmo was first known as Whipporwill's Hollow, but Mr. Hartner said the name was not satisfactory to everyone.

He said that when the bridge to Illinois was constructed, residents decided to rename the community Illmo to respresent the tie between Illinois and Missouri.

"That was a logical decision," he noted, adding that the name made sense because it stood for something, a quality he said the proposal of the name Newport last year didn't fulfill.

"I would have thought it (calling the town Newport) was silly," he remarked. "There's no new port here. There's no port here new or old."

Mr. Hartner, who said that he was opposed to the concept of consolidation, said he isn't very pleased with the name change to Scott City either, but added that he can live with it. 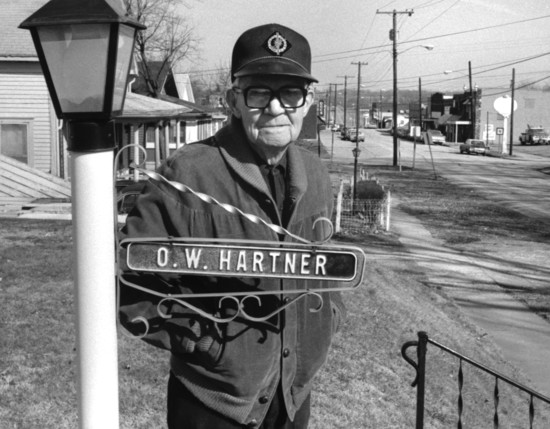