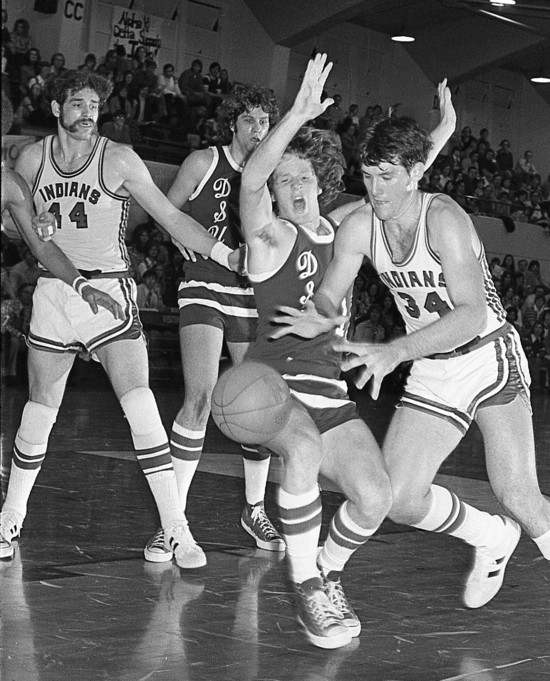 Russ Mothershead is not your flashy sort of basketball player. You don't see him streaking downcourt on the dribble, and if you don't keep count of his shots and rebounds, you don't realize his value to SEMO State University until the final statistic sheets are available.

For example, did you know:

--The 6-foot-5 freshman from Kelly, making only his second start for the Indians, collected 23 points Saturday night, as the Tribe slipped past Delta State, 76-75?

--Or, did you know he worked the backboards for six rebounds?

--Did you know he swiped the ball twice and turned the steals into valuable points for the Indians?

All these add up to a super performance by the freshman, and gives Coach Carroll Williams' troops a 2-3 record for the December portion of the season.

"I said before the season ever started that if we come out 2-3 against the competition we were playing that I would be pleased," explained Williams. "Now, we wait for the MIAA Conference tournament."

The league tourney gets underway Jan. 1 at Springfield, where the defending champion Indians are seeded third, and will face Maryville in a 3:30 p.m. contest the first day.