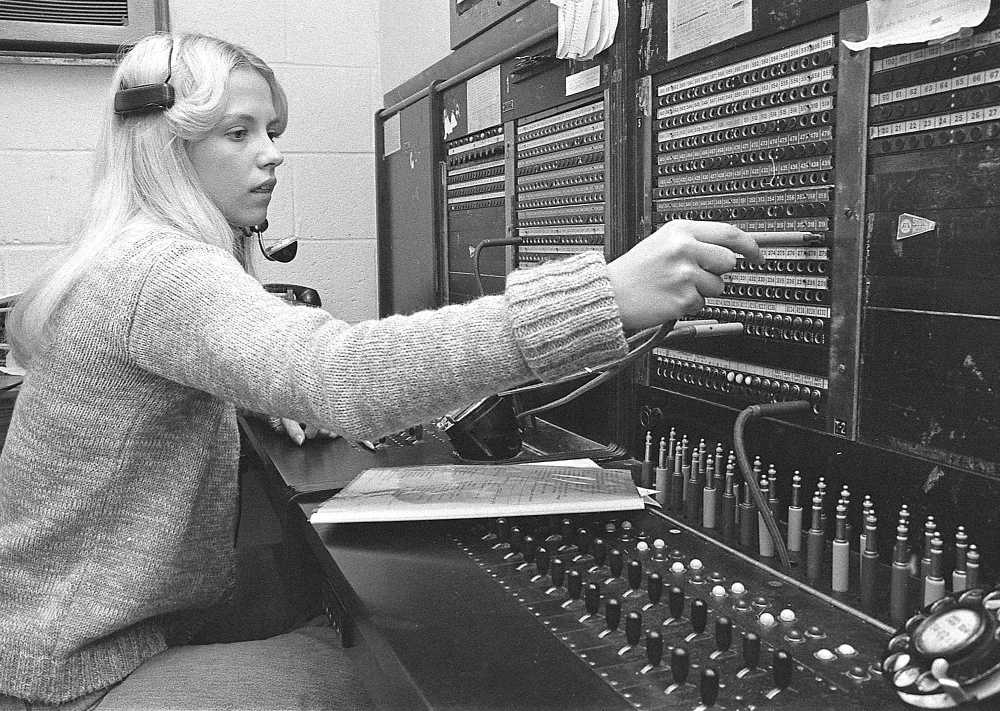 Miss Jackie Toll is one of the SEMO State University students who handles the thousands of daily calls coming through the campus switchboard in the basement of Dearmont Quadrangle. In addition, the operators--there are usually two on duty during the day--must dial long distance calls from the university and log all calls. The switchboard tieups are a major reason why there are often complaints about the university's telephone service.

Busy university phones light up board

One hundred and thirty of them?

Sometimes it seems like a caller has to wait an eternity for the SEMO State University switchboard operator to answer.

It's never an eternity, but some irked callers claim they have waited as long as 20 minutes for the operator to plug into them.

The problem, says the university, is overworked switchboard operators and a telephone system unable to cope with the ever-growing number of calls to and from campus.

The university and Southwestern Bell Telephone Co. are working to at least partially solve the problem.

The best solution would be installation of more and updated equipment, but the university says the cost is virtually prohibitive now, so the school is settling for installation of new lines that will speed service and relieve the switchboard of the lengthy, troublesome tieups that often occur.

The efficiency of the switchboard operators also are being studied.

A recent survey of the university telephone system by Southwestern Bell has resulted in an expansion of extension lines for administrative and academic departments.

The extra lines now being installed involve two new direct lines to St. Louis and two lines belonging to a special state system of phone lines which connect the university with state offices and other state universities.

When the four new lines are installed, they will double the number of lines--to four each--for the St. Louis and state network hookup systems.

Because SEMO State serves metropolitan St. Louis, the telephone traffic between Cape Girardeau and St. Louis is heavy daily, according to Roy Drury, university treasurer who is involved in the phone study.

The present two St. Louis lines are often in use simultaneously, as are the state network lines. The additional lines should help alleviate the school's busy signal syndrome considerably, he said.

Bell has recommended that switchboard procedures be modified so that the operators can handle incoming calls better. The company also has suggested that more direct long distance lines be installed for administrative offices.

Direct dialing of long distance calls is the answer, but Mr. Drury said the university lacks the funding to undertake installation of the facilities required.

The university switchboard--in the basement of Dearmont Quadrangle, a women's residence complex--is staffed regularly by two operators who handle thousands of calls daily.

The workload of the operators, who are students, is too much for them to handle, the treasurer contends. They handle all incoming calls, dial long distance calls and log every call to or from the university.

"When they are dialing for somebody else or logging a call, they can't answer the switchboard," Mr. Drury observed.

Southwestern Bell has recommended a system whereby the operators would be freed from having to place calls, leaving them more time to answer incoming calls. The university administration has not acted on this proposal, mainly because of the cost factor.

Meanwhile, those wishing to reach someone at the university by phone continue to take their chances. Sometimes, the switchboard operator answers after only a few rings.

But one Missourian reporter counted 82 rings before he finally "got through."

And another reporter counted 130 rings. The trouble didn't end there, though. He was given the wrong extension number and had to start over.