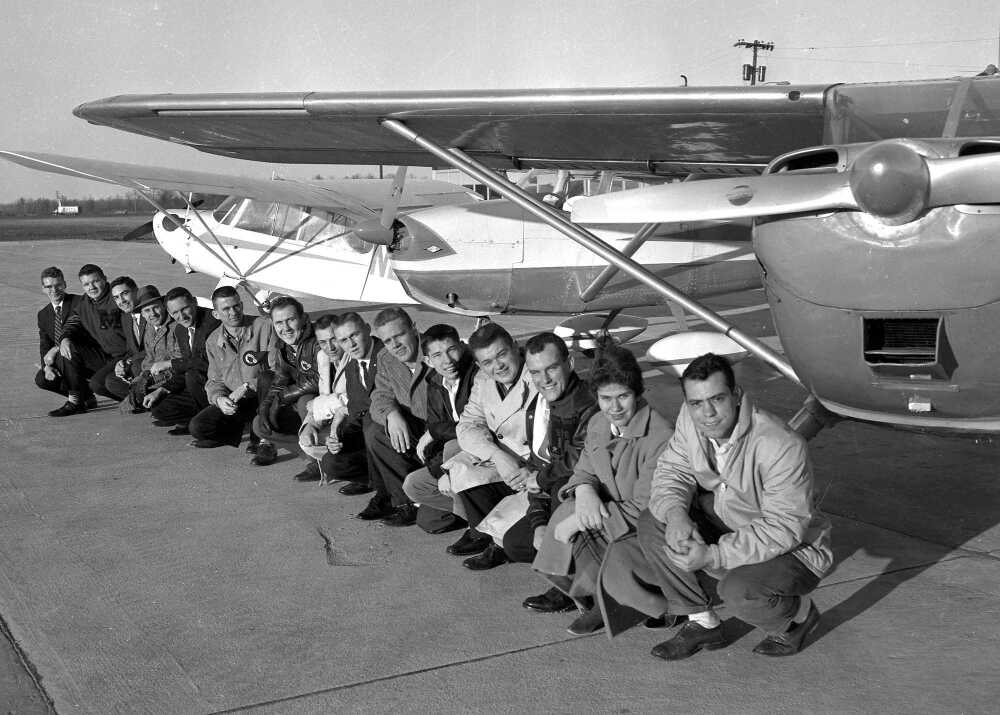 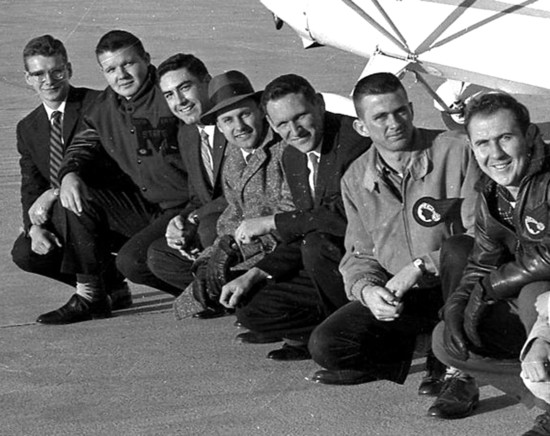 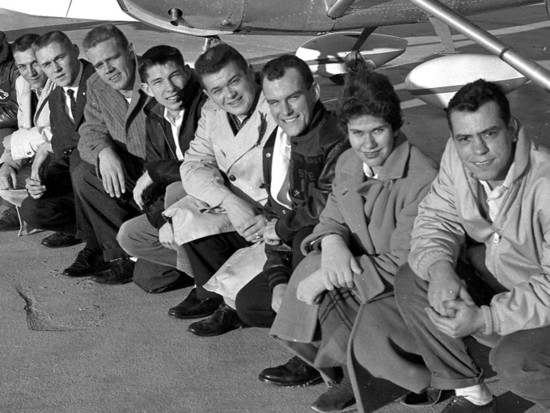 Four years and 80,000 miles, more than three times around the earth, without a single mishap, is the record for the Flying Indians of State College, a student organization of fliers who, recognizing the place of aviation in today's life, are training for one or more of the functions attending it.

The club now has 25 active members, composed of students and faculty members on the campus, and there are 39 inactive members, who formerly were active during the club's first years of activity. Once a member, a flier has flying privileges with the club after he leaves school. There are four members of the current club who have earned their private licenses and one has a commercial pilot's license. The club owns two planes, a 4-passenger Stinson and a 2-passenger Areonca. All training is under supervision of instructors of Cape Central Airways and the planes are based at Municipal Airport. The club originally owned a Taylorcraft, which later was traded in on one of the two planes the group now owns.

A board of directors controls the policies of the club and two faculty sponsors, Prof. Bryce March and Prof. Donald Jewel, work with the fliers. John Lorberg of Gordonville is president of the club, Robert Bentley of Cape is operations officer, Larry Haertling of Cape is maintenance officer and Robert Dixon of Dexter is vice president.

The planes were originally purchased on borrowed funds, which were repaid out of club fees and the money spent on flight training. The club has also had the assistance of R.B. Potashnick and Rush H. Limbaugh Jr. in advisory capacities.