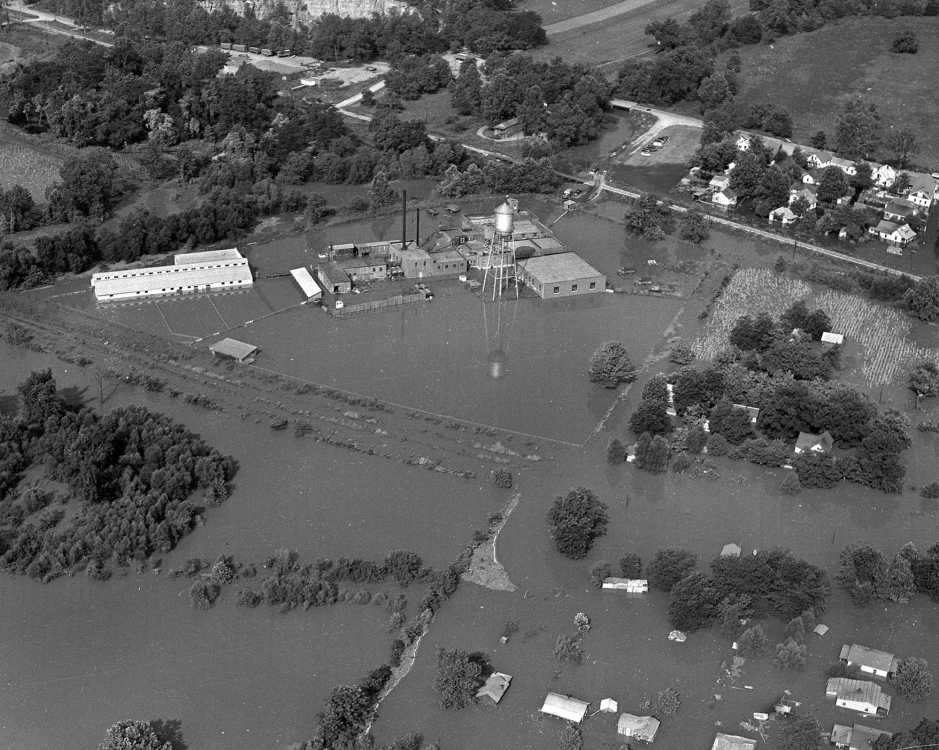 Central Packing Co. was surrounded by Mississippi River floodwaters in this undated photo by G.D. Fronabarger. The facility was located in the Smelterville suburb of south Cape Girardeau on South Sprigg street. 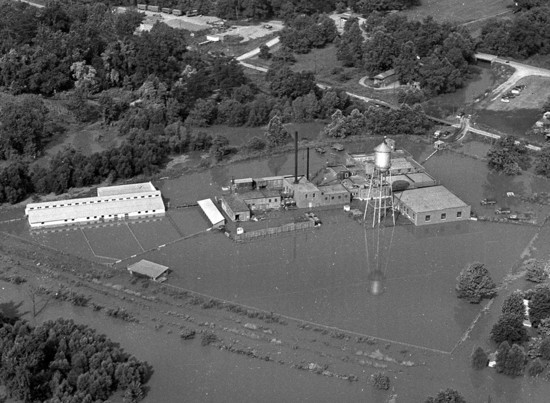 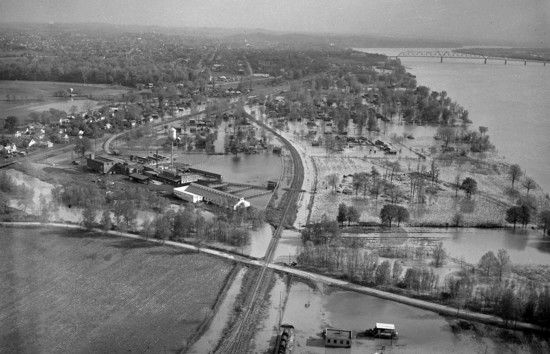 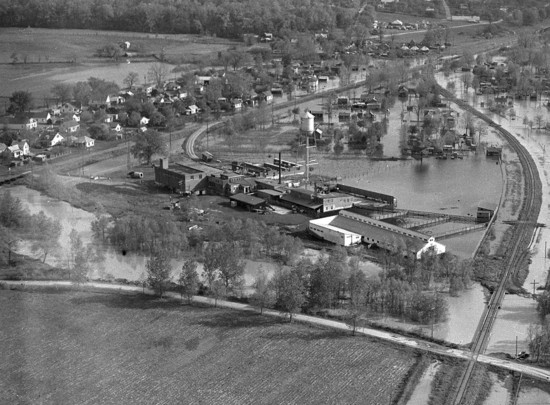 The sale of Central Packing Co. of Cape Girardeau was announced today by Arthur Herrmann, president and general manager.

Heading the corporation which bought the assets of the meat processing plant is George Wrape, new plant manager. Earl Steele is vice president of the new company which will be known as Central Packing Co., Inc. Both men are from St. Louis and will make their homes here.

The plant is the largest meat concern on the Mississippi River between St. Louis and Memphis, Tenn., and an old Cape Girardeau institution. Central Packing Co. was organized in September of 1937 when three men, Mr. Herrmann, A.A. Bollack and the late Joe Francis took over the abandoned Miles Packing Co. on the site of the present plant.

When the plant started nearly 26 years ago it employed 15 persons. Presently more than 70 persons are employed. Mr. Wrape said employes of Central Packing have been retained by the new company which plans to continue the plant's present operations.

Mr. Herrmann said he had had a previous offer by another organization to buy the packing company, but the sale would have resulted in the closing of the plant here. Mr. Herrmann said that he rejected the offer because the plant is an old established Cape Girardeau business and an important part of the local economy.