The Muni Band with Jon Fisher 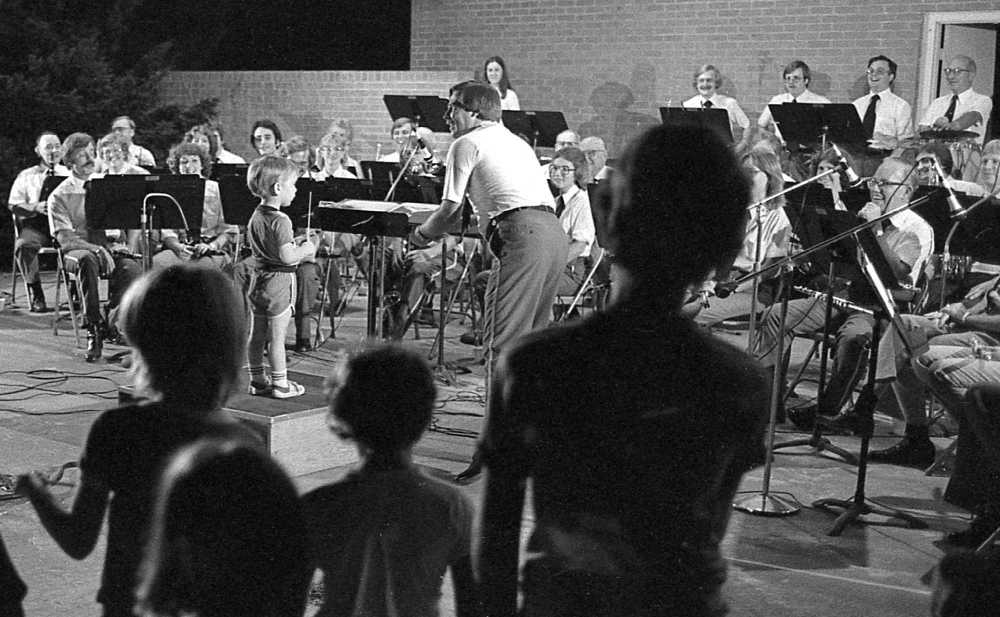 It was the youngsters' turn to strike up the band at Wednesday night's final Municipal Band concert for the current season. David Thomas, son of Mr. and Mrs. T. Donley Thomas, wasted little time in making his way to the director's podium after children in the audience were invited to direct the band in one of its lively numbers. The would-be maestro is given a bit of help by muni band director Jon Fisher. (Fred Lynch photos) 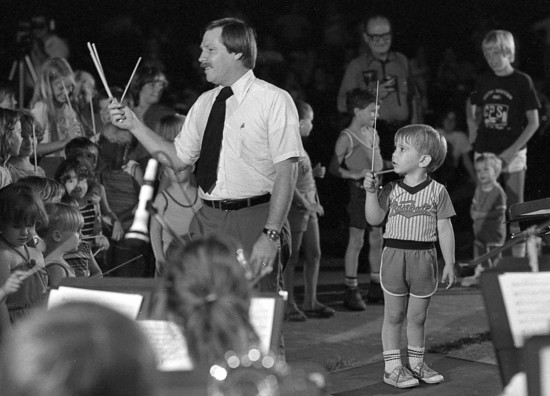 Read about Jon Fisher in his high school years as an entertainer in this previous blog:

The Cape Girardeau Municipal Band is finishing its 115th season in 2015 with band director Ronald Nall in his 23rd consecutive season.